It’s understandable that you’d want to find more titles like Firewatch. After all, you’ll remember Campo Santo’s captivating plot long after the game is over. Firewatch not only looks stunning in its own unique way, but it also transports you on an emotional journey filled with mystery and compassion. Through Henry and Delilah’s handheld radio discussions, the story progresses and explores a wide range of emotions from love to terror and everything in between.

You’ll be swept away by its tale and the crimson, sunset-drenched sky. We hope you’ll find what you’re looking for in our list of games like Firewatch. Below you’ll discover a list of great games that are similar to Firewatch in terms of themes, gameplay, or narrative focus. As with Firewatch, Gone Home offers mystery and discovery along with an engrossing plot that is all its own. While the majority of the game takes place in a house, there are still numerous rooms to explore and surprises to unearth, making it just as exciting as an outdoor adventure. After a year away, you return home to find that your family has vanished. Something doesn’t feel right about the house being so deserted.

In order to figure out what occurred while you were gone, you’ll have to comb through drawers and cabinets, read messages, and listen to tapes and answering machines as you make your way through the house from room to room. You should thoroughly search each room to ensure you don’t overlook anything that could provide you with some useful information. To tell a compelling story, you need to use all of the information you uncover. As a fan of Campo Santo, Fullbright Company’s story-driven exploration game ticks all the appropriate boxes.

In Firewatch, there’s more to it than meets the eye, and this is what makes it so special. What Remains of Edith Finch is a novel that takes you on an emotional trip that you might not have anticipated. Edith Finch returns to her family’s homestead to learn her family’s past and discover why she’s the only Finch still alive in this unique and beautifully made game. Her family’s history is made up of a slew of fascinating stories, each of which takes place in a different part of the house.

You experience the stories of your ancestors by stepping into their shoes and experiencing them for yourself. When it comes to portraying their lives and experiences, some depictions of them are a little more imaginative than others. The stories of the Finch family’s deceased members will leave a lasting impression on you, no matter how many times you hear them. This is the game for you if you’re looking for something different, something that will stay with you long after the credits have rolled.

3. The Vanishing of Ethan Carter

When Paul Prospero receives a distressing letter from a young kid named Ethan Carter, he assumes the role of a detective and sets out on a mission to find out what happened to him. With Henry, you must uncover the mysteries of Wyoming, and with Paul, you must uncover the mysteries of Red Valley Creek. But the detective isn’t your run-of-the mill investigator. Paul has the ability to connect with the dead because of his esoteric training.

What began as a search for a missing child quickly escalates into a full-blown murder investigation. The Astronauts first-person mystery is evocative and filled with unforgettable events and encounters that force you to use your powers of observation in order to learn Ethan’s fate and the mysteries of the valley.

As a firefighter in Wyoming’s Firewatch, you’ll feel isolated from civilization. The scenery is as much a character as Henry or Delilah, and it provides ample opportunity for introspection, whether you’re in your lonesome tower keeping an eye out for smoke or wandering the countryside alone. tenfold in The Long Dark’s own unique style, this same sense is delivered. Play as Mackenzie, a survivor in a geomagnetic-damaged post-apocalyptic world, amid the freezing tundra of northern Canada.

You have to check your hunger and thirst levels and keep warm in the harsh conditions while playing this survival game, but the episodic story mode presents an impactful tale of contemplation, loss, and endurance in a world that has been changed forever forever. Mackenzie agrees to aid Dr. Greenwood, who has a mystery luggage that needs to be delivered, under the harsh, icy conditions. Greenwood is nowhere to be seen when you wake up after the plane disaster. You are taken on a poignant journey of discovery by the peaceful, lonely world as you search for her. 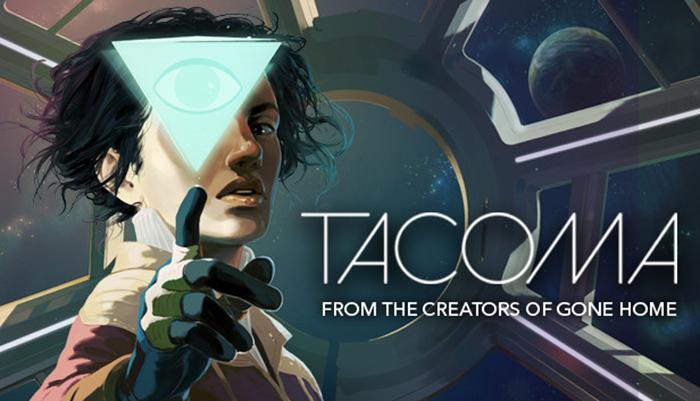 Firewatch and Tacoma both feature characters on a futuristic space station in the year 2088, where human connections and relationships play a major role. Gone Home maker Fullbright Company has released a new exploration game in which you play as Amy Ferrier, a space station contractor who can use unique technology to see holograms of the crew that allow you to get to know them as individuals and learn how they lived and worked on the space station. You may learn a lot about the people you’re investigating by looking through their desks, lockers, and other belongings in their quarters, and as you progress through the station, you’ll uncover an intriguing and unexpected narrative. Even if the story is unforgettable, it’s the individuals you meet that really stick with you, and it’s easy to build strong bonds with each of the crew members..

Those in search of a compelling story with memorable characters and an appealing art style will find it in Night School Studio’s supernatural story-driven thriller. Alex, a young woman going to Edwards Island with her new stepbrother Jonas for a gathering of friends, is the protagonist of the game. It all changes when Alex unintentionally unleashes a haunting chasm. The group is split up, so you’ll have to explore the island on your own to learn more about its sinister past and what lies beneath its surface.

The themes of adolescence and loss are examined in this film, which has a strong cast of characters. Alex’s connections with her friends and the results of key events are determined by the choices you make in every conversation and setting, just as Henry in Firewatch. Oxenfree is a compelling read that will both surprise and move you. It has a fantastic voice and a compelling plot. 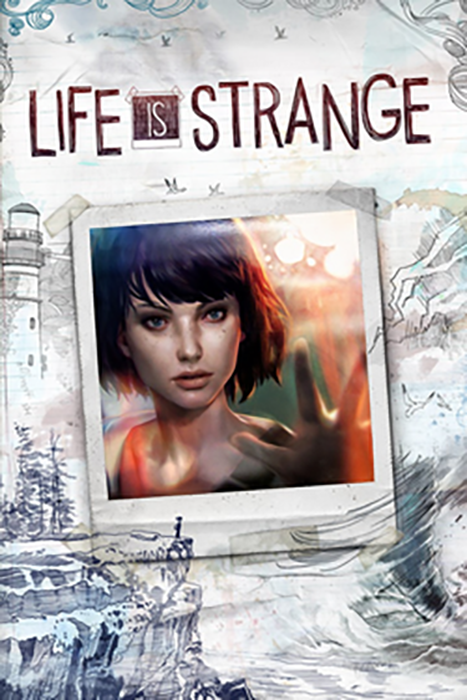 The tale of Firewatch takes place over the course of several days, with time shifting back and forth throughout the narrative. The episodic nature of Life is Strange is similar to that of the episodic nature of The Walking Dead. You, as the 18-year-old Max Caulfield, return to Arcadia Bay, your fictional hometown, to enroll at Blackwell Academy as a freshman. While returning to the town she left, Max finds it tough to adjust to the challenges of being a teenager – especially since she hasn’t spoken to her former best friend, Chloe, for several years.

Rewinding time, which is the game’s primary concept and the means through which you can see alternate endings of certain decisions and dialogue replies, is revealed to Max after a tragic occurrence occurs involving Chloe. Life is Strange is a terrific way to let go of Henry’s exploits because of all the twists and turns, emotional moments, and sprinkling of the supernatural.

8. Everybody’s Gone to the Rapture

Yaughton, Shropshire in 1984 is the setting for The Chinese Room, an exploration game reminiscent of Firewatch’s mystery and story focus. Idyllic-looking Shropshire village is virtually deserted amid this beautiful landscape. The community that so many previously called home has been reduced to the skeletal remains of its former self, with quarantine notices taped to the doors of vacant homes and birds falling from the sky. While you appear to be the only surviving member of the group, you have no idea who you are or what’s happening around you.

You’ll encounter weird guiding lights as you explore the village, which will lead you on a quest to learn more about the residents’ fates and the history of this sleepy town. Because the plot is non-linear, you can explore it at your own leisure by seeing the residents’ experiences and recollections, listening to radios, and looking for traces of information they’ve left behind. The voice acting in Everybody’s Gone to the Rapture is top-notch. It may be a bit slower than most, but it allows you to fully immerse yourself in its painstakingly crafted world.. 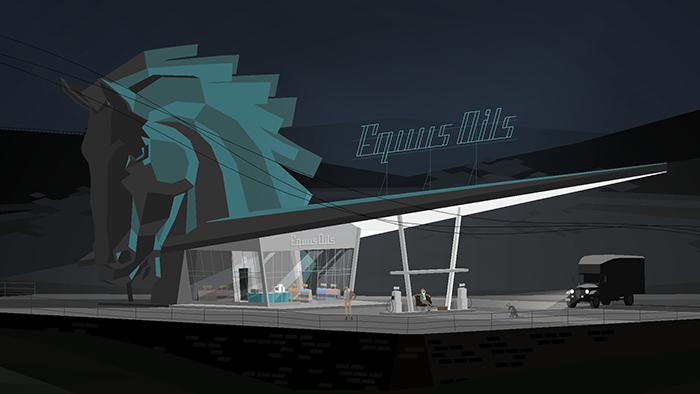 Cardboard is the developer of this app. Computer For PC, Xbox One, PlayStation 4, and Nintendo Switch.

For those looking for a different take on the story-driven experience, look no further than Kentucky Route Zero. It pushes the boundaries of how player choices effect the game’s plot. Atmospheric journeys throughout several acts are the focus of a point-and-click adventure developed by indie developers Cardboard Computer. Conway, a deliveryman, drives across Kentucky’s Route Zero, a route that is both strange and beautiful.

Although a gas station or a bait shop may appear unremarkable at first glance, the personalities you meet on the roadway breathe life into these commonplace locations. There are some bizarre happenings along the way, making it one of the most unique and fascinating road journeys you’ll ever have. A different approach to tale telling than Firewatch, but it’s just as full of personality and flair.

Dear Esther, a first-person experience set on a bleak island in the Outer Hebrides, is another game by The Chinese Room. In a similar vein as Firewatch, it emphasizes exploration and narrative development. After a while, you’ll hear a mystery voice begin to tell the story of his life as you wander about the island.

You begin to discover a story of love, grief, and redemption as you travel across the rugged landscapes of the islands, which include beaches, cliffs, and dark tunnels. It’s got an intriguing premise, and the storyline is bound to both surprise and move you. It also has a lovely soundtrack, which heightens the mood.

Writing about video games has always been a part of my life, even while I was working as a clerk in a store or as a temporary employee. After graduating from Cardiff University with an MA in magazine journalism, I began my career as a content editor for Stuff magazine. After working as a freelancer for a few months, I was hired as a staff writer at GamesRadar+, where I continue to write about video games and technology. You can typically find me playing one of the many Dragon Age or Mass Effect games, devouring a new indie, or sipping way too much tea when I’m not writing features, previews, or reviews.