Anime demons are pretty darn powerful and scary. But which 10 are the strongest demons in anime?

There’s lots of stuff to be terrified about in anime. A tsundere’s punch. A 90’s dub. A thirteen-episode filler arc. However, governing anime dread above all else is Japan’s expressive and varied designs for demons. A society that not only borrows from a number of diverse cultural sources but has dark, twisted ones of its own, Japan and, of course, anime have generated some of the most terrible versions of demonic entities ever to make heavy metal bands jealous.

From this, decades of content have generated a range of iconic and strong demons that have acted as both massive foes and beloved main characters. Putting them side by side, though, this list just can’t help but think about who would actually dominate the anime underworld. Let’s find out.

Anime deals with the supernatural often— thus it’s no surprise that demons are one of the most often appearing entities in several episodes. Whether they were wandering in the light or were shaded by the dark, demons were popular in several anime from the 2000s and 2010. They’re still in popular anime like Demon Slayer, even though the buzz about them has diminished. There is no doubt that these 10 demons have had a significant impact on anime fans, regardless of whether or not they’re considered “good” or “evil.” Sebastian Michaelis is a butler who can remove any stain from the carpet with a grim smile. Crumbs. Wine. a pool of his foes’ blood Anything. He is a loyal, tactile, and powerful beast capable of taking on earthly adversaries with the most gorgeous grace.

As long as his master’s life isn’t in jeopardy, Sebastian will take on his full demonic form and rip apart everyone who has dared to cross the screen.

Inuyasha was more of a teenage heartthrob than a murderous demon for many anime viewers in the early 2000s. However, hidden beneath the lovely smile are ferocious fangs that are ready to dig into anyone who dares to stand in his way or Kagome’s. Using the demonic blade Tessaiga, Inuyasha can defeat other demons with ease and even challenge swordsmen of the highest caliber with brute strength.

In addition to his primitive demonic abilities, he possesses superhuman strength and senses, and his hound-like rampages show his enemies what the “Inu” in his name signifies. A demon-like form and the ability to weaponize his own blood make him one of anime’s most feared monsters, making him even more terrifying. Before his father’s death, Rin Okumura was just another high school student, but now he knows he isn’t.

Rin was born into a society where priests carry guns and children are taught how to hunt demons in Catholic schools. In contrast, Rin devotes his life to retribution for his adopted father’s death by becoming as strong as possible.

This is done by using his Satan’s Blue Flame, which he controls with ease, to burn his adversaries while keeping those he cares about safe. With his sword, Kurikara, he can both restrain and channel his abilities for slicing attacks, enhancing this special ability even further.

At one time, Akira Fudo was merely a shy, weak kid who excelled at nothing but reading. Until the demon Amon is summoned and he transforms into an anime-haired, anime-destroyed apocalypse. Akira as Devilman, in both the original anime and the Netflix adaption, is endowed with a variety of demonic talents to strike a proper balance.

Some of these more abstract talents include the ability to wield lightning and energy bolts as well as fly and use a belt buckle as a Batarang; others have enhanced physical abilities that allow for visceral fighting. Every aspect of a Shounen anime can be found in Yu Yu Hakusho. In this game, you’ll find a cast of enigmatic characters, epic battles, and a wealth of powerful skills. At the same time, it revels in the thought that there is a more powerful beast lurking in the shadows.

Raizen, the most powerful Demon King in ancient times, has yet to be overtaken by any other demon, despite the fact that he possesses the same balance of wrath and sincerity as Yusuke. Raizen would have been superior to his fellow Demon Kings if he hadn’t stopped consuming people cold turkey.

For Meliodas, “Wrath” is the most powerful sin of them all, as he has demonstrated on numerous occasions. Meliodas is a powerful knight in his realm even without the use of his demonic abilities. He possesses enormous strength and speed, as well as a high level of sword skill.

The fact that he can use his ability, “Full Counter,” to simply mirror the attacks and abilities of his opponents, even with a weakened sword, is nothing short of cheating in every way. He’s much more of a monster because Meliodas is also demon-related and can call upon an evil aura to boost his power and reach. As a Fairy Tail spoiler, Natsu Dragneel is not only the revived little brother of Zeref Dragneel, but he’s also designed to be the strongest of the demons in Zeref’s books, a growing monster groomed to eventually kill the dark wizard.

Because of his monstrously strong Dragon Slayer powers, Natsu is already able to manipulate and devour fire, allowing him to harness the power of both. Natsu is capable of becoming a near-unstoppable beast with the help of his mage, dragon, and demon powers combined..

Muzan Kibutsuji wasn’t referred to as the Demon King for nothing. It’s hard to overstate the influence he wields as the creator of all demons and the one behind Nezuko and the murders of many others.

For the most part, the Demon Slayers find Muzan to be an unflappable foe.

As a result of his speedy, powerful demeanor, he commands both human and demon respect and dread. 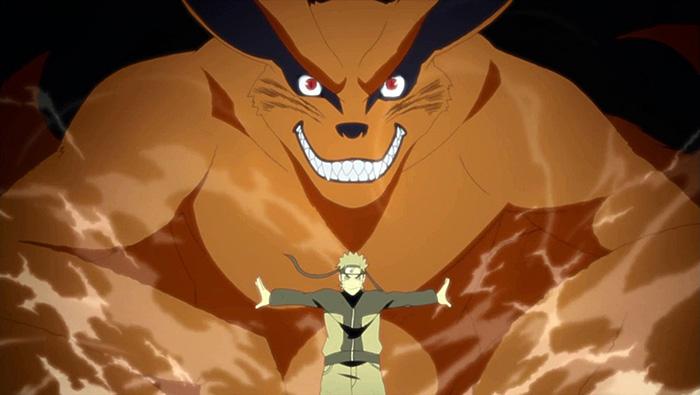 The most terrifying of mankind, Shounen heroes, cartoon characters, and other creatures is at the top of this list. Kurama is the personification of the angst and malice that resides within everyone of us, yet he is more accurately a collection of chakras infused with a sense of self. Nine-Tailed Fox is the strongest of the Ten-Tails that once terrorized ninja countries, and the only one of the Ten-Tails that has been found.

Regenerative power and a large amount of chakra were also given to Naruto Uzumaki by Kurama while he was inside of him. But the Tailed Beast Bomb, a gigantic globe of chakra that functions like a nuclear head, is the finest of all his powers. As a demon who represents all the metaphors, power, and terror that anyone could possibly hope for, Kurama takes the number one slot on this list..

After eating one of Yuji Itadori’s fingers, Sukuna now lives inside of him, but unlike Kurama from Naruto, he is not there to play nice with him.

His main reason for waiting is that he hasn’t recovered the rest of his stolen fingers, making him the strongest demon in existence.

After taking control of Yuji, Sukuna is able to kill other demons and sprint so quickly it looks like he’s teleporting, which was demonstrated in his fight with Megumi.