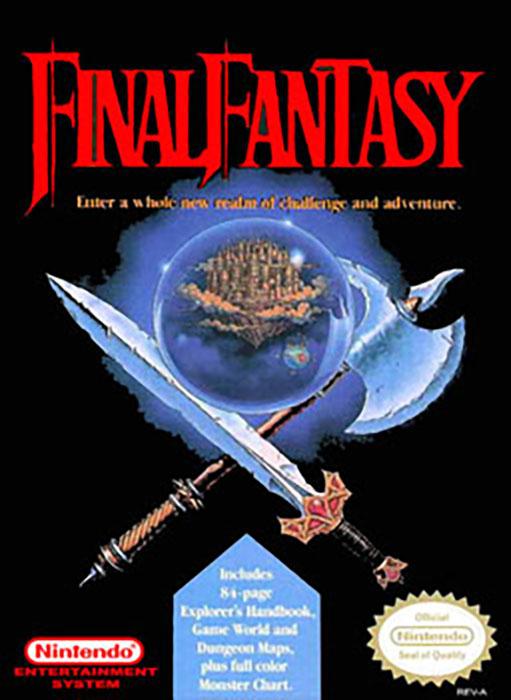 This last-ditch effort from Squaresoft in 1987 was the granddaddy of them all. It took the world by storm, and now dozens of games are based on it. It was first released on the Nintendo Entertainment System, and it is often sold with the second, often forgotten, part. Final Fantasy Origins, a two-pack for the PlayStation, fixed some bugs and translation mistakes, but the definitive version is the 20th anniversary re-release that first came out on Sony’s first handheld, the PlayStation Portable (PSP). I’d say that one is the best because of its higher resolution and beautiful redrawn sprites, but for some reason, it’s never been released digitally in North America for the Vita, even though it’s available in other places. This means that here in the US, it’s stuck on a system that’s no longer in use. They’re not quite as good because they don’t have buttons or a D-pad and instead use touch controls. However, since most people probably don’t have a PSP lying around, the iOS and Android versions of the PSP version are probably your best bet for easy access. If you really want to go old school, try to find a NES Classic Mini, which has the game in its original form. I don’t feel nostalgic about Final Fantasy I, so I can say that starting it up on the NES Classic Mini and playing the original, unaltered version in the year 2020 is an act of masochism. If you want a tough challenge, this is the one you want, but you should know what you’re getting into. Fun fact: there are some names for Final Fantasy characters that are sort of official. They are Zest the Warrior, Sauber the Thief, Floe the White Mage, and Daewoo the Black Mage. They come from the novelization of Final Fantasy: Memory of Heroes. Final Fantasy II was criticised for its confusing levelling system and was never released in the US when it came out (you may have played a game called “Final Fantasy II” on the SNES, but that was actually a renamed Final Fantasy IV, but more on that later). Like its predecessor, it got a beautiful upgrade for the series’ 20th anniversary, and like its predecessor, it’s technically best played on the Sony PSP (well, super technically, like its predecessor, it’s best played on a PS Vita linked to an EU PSN account). But once again, it got a good iOS/Android port that kept the beautiful new art from the anniversary edition. Even though the controls are software-based, most people will find that to be the best combination of game quality and hardware accessibility.

Well, you don’t have a lot of options here. For a long time, Final Fantasy III wasn’t even available in English. (Again, the SNES had a game called “Final Fantasy III,” but it was actually Final Fantasy VI. More on that later.) The original version of Luneth’s tale isn’t available outside of fan translation ROMs, but it was nicely remade in full polygonal 3D for the Nintendo DS and Sony PSP in 2006 (if you’re looking for a physical copy, you’ll only find the DS version, as the PSP disc never sold in North America, but it’s available for purchase on the PlayStation Network; conversely, if you’re looking for a digital copy for the DS, that’s unfortunately MIA on the Nintendo eShop). The Vita version is the best because it has a better screen and is easier to use. However, if you don’t have a Vita or don’t want to try to find a used (or overpriced new) copy of the DS version, it also came out for iOS and Android. That version has simple fonts and a busy touchscreen menu, but hey, any port in a storm, right? Final Fantasy IV is one of my favourite games in the series. It also has the most high-quality versions and maybe the most confusing set of releases. First released in North America as “Final Fantasy II” (not to be confused with the real “Final Fantasy II”) for the Super Nintendo, it got a fantastic high definition update in 2011 on the Sony PSP called “Final Fantasy IV: The Complete Collection.” It added Final Fantasy IV: Interlude and Final Fantasy IV: The After Years and had beautiful redrawn 2D sprites. Both are nice to have, but neither is a must-have. Unfortunately, that version has only been seen on the PSP. However, you can buy the Complete Collection digitally on the PSN for PSP/Vita if you have a PSP. The game was completely redone in polygonal 3D like Final Fantasy III and released on the Nintendo DS for a different experience. It also adds some (OK…ish) voice acting, if that’s your thing, and it got some changes and additions that made the game harder. The two games feel very different, but I think you should choose based on which art style you like best. Some people swear that the DS remake looks much better than the 2D PSP version, while others, like me, feel the opposite. That DS version is the one that was ported to iOS and Android, so it’s an option if you want to go that way. But if you already have a PSP or Vita and want to play FFIV, that’s the way to go. 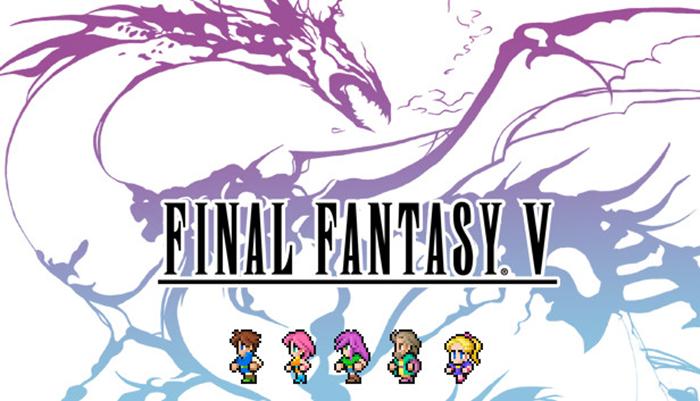 Final Fantasy V, the epic story of Bartz (or Batz, or…Butz), came out for the Super Famicom (Japan’s version of the SNES), but it never came to English consoles until it was ported to the PlayStation as part of the Final Fantasy Anthology set along with Final Fantasy VI. Then it came out on the Game Boy Advance, just like I, II, IV, and VI, but the music was dry because the GBA’s sound hardware wasn’t very good. Then, in 2013, FFV was updated and put on iOS and Android. Square Enix called the new graphics “new high-resolution graphics,” but fans called them “Vaseline-smeared sprites.” Even though it wasn’t well received, it wasn’t as bad as the next game on our list. If you have to, play that version, but if you can, choose the Game Boy Advance version, even though its sound chip isn’t as good. As a side note, the PSOne Classic version, like Final Fantasy VI, has strangely long loading times when going into battle, opening menus, etc. This isn’t a deal-breaker, but it is noticeable. I was told that this was fixed for the European release, which is another reason to get a Vita and sign up for an EU account. Here’s where the choices for the “real” version start to get…messy. Final Fantasy VI, which came out on the Super Nintendo as “Final Fantasy III,” is now considered by some to be the best game in the series, and maybe even the best JRPG ever made (though Chrono Trigger, a sort-of cousin to the Final Fantasy series, also lays claim to that crown). But its releases haven’t shown how popular it is. The original translation of the game was funny but short (due to cartridge space restrictions). This was fixed in the next version, which was a port for the PlayStation as part of that same Final Fantasy Anthology. However, like FFV, it slowed down a lot when you were fighting or using the menus. The next version (for the Game Boy Advance) fixed that and used the better translation, but the beautiful score by series regular Nobuo Uematsu was ruined because the GBA’s music chip couldn’t handle it. Then it came out for iOS and Android, but the smudgy sprite style that first appeared in the mobile version of Final Fantasy V came back. One of the best games ever made doesn’t deserve ugly sprites, bad user interface design, and boring fonts (to add insult to injury, the Steam port is just a port of the mobile version, retaining its chunky, hideous touchscreen UI). Until FFVI gets the Final Fantasy IV: Complete Collection treatment, which it so richly deserves, the Game Boy Advance version, Final Fantasy VI Advance, is probably the best right now. If you’re playing a ROM, you can easily find patches to bring the music back to its former glory, and Square Enix has been kind enough to put every Final Fantasy soundtrack on Spotify, Apple Music, etc., so you can hear it the way it was meant to be heard. Besides that, I guess the PSOne version on PSN is fine. You’ll just keep wondering why it takes so long for a SNES game to load even a single menu screen. It took a long time, but Final Fantasy was the series that finally got people around the world interested in Japanese role-playing games. We’ll talk about that PlayStation game when the time is right. Squaresoft made Mystic Quest from the ground up to be a gateway drug. It is a simplified version of the fantasy adventure story and character-building mix that made the genre so popular in the 1980s. The result is an oddity that is charming. In the wake of Final Fantasy 4, Mystic Quest seemed too simple at the time. Today, it plays like very artistic indie RPGs like Cthulhu Saves the World, reducing RPG progress to its most important parts and surrounding them with cartoon art that looks like a balloon. Bonus: Ryuji Sasai and Yasuhiro Kawakami made one of the best soundtracks for a Square game ever with this one.