Text-based games are becoming less popular because smartphones are getting more powerful and have better graphics. But even though 3D graphics are becoming more popular in mobile games, text-based games can be much more interesting and are still making a name for themselves on this platform. Even so, some people will find these kinds of games less interesting because they are all about the story and don’t have a lot of visuals.

Text-based games became popular on the web, but now that smartphones are everywhere, they are also easy to find on mobile. You also get the ease of being able to play it whenever and wherever you want. There are a lot of text-based games you can play on your phone. We’ve put together a list of the top 20 games in no particular order. Blackbar is a science fiction story set in a dystopian future, and the game is all about censorship. There are parts that have been edited out, and it’s up to you to find them all by following the clues. It takes an interesting approach to text-based games and is definitely something new. Even so, not everyone might like this game.

Horror in the darkness

Horror in the Darkness is a good text-based game if you want to find out what’s going on. It’s the story of a World War II veteran who becomes a private investigator. The whole story is about how he helps his friend who has lost his wife.

What happens after he helps his friend is sure to get your attention. It has a strange story that you can’t wait to see for yourself. In this game, your goal is to look for clues, put them together, and solve puzzles to find out some deep, dark secrets. 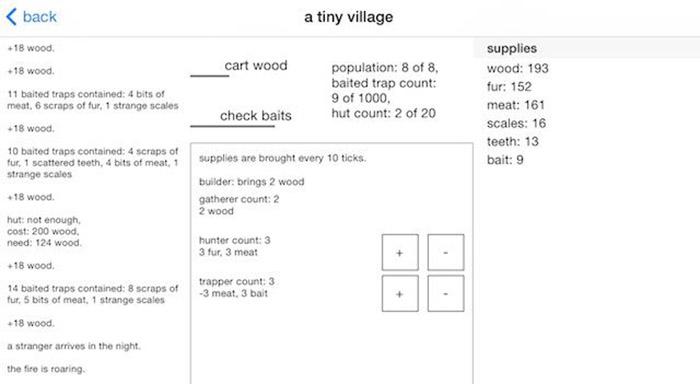 A Dark Room is one of the oldest and most likely most played text-based games. It is a game about exploring. Even though this game is very different from most others, it has a great story. Its map is made up of a bunch of characters, and you have to look around in different places to find resources and important spots. It might not look like much at first, but the game will grow on you.

Lifeline is a story about a science intern named Taylor. When a spaceship crashes on the moon, he is probably the only person left alive. You have to get Taylor to safety in this text-based game.

Whether he lives in the strange world or dies alone on the dead moon depends on what you decide. You’ll be asked to choose between two conversations, and whichever one you pick will affect Taylor’s life. Fans of science fiction will really like this game.

Ryan North’s To Be or Not To Be 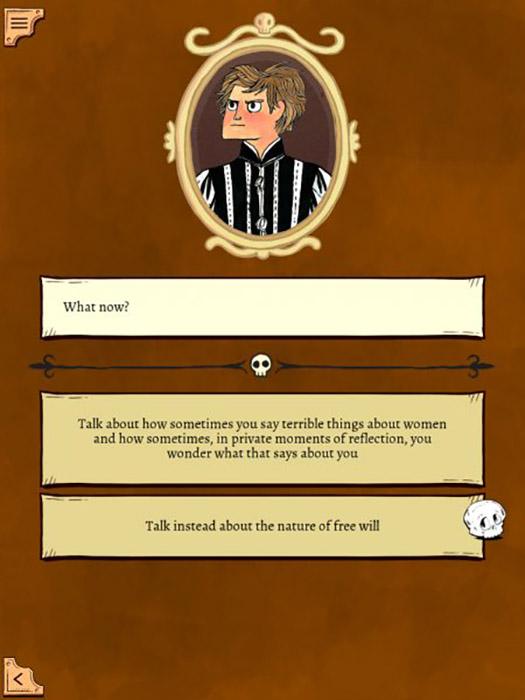 Do you enjoy reading old books? Could it be Shakespeare? You can play this text-based game. To Be or Not to Be by Ryan North is a funny take on Hamlet by William Shakespeare. You can play as different characters in this game and decide what will happen in the story. You can play as Hamlet and try to find out who killed his father, or you can play as Ophelia.

Think about a text-based game that shows you what it’s like to grow up as someone else. Well, there’s no need to guess because this is exactly what InstLife is. It’s a different kind of role-playing game that lets you live your whole life from the start.

At the start of the game, you are given a life that begins with your birth. You will choose whether to do well in school or not, which career path to take, and whether or not to take your relationship to the next level. Not a bad idea for a game about life.

Sorcery!, the first game in a four-part series, might have more graphics than other text-based games, but it works just fine. In this game, you move through the world and interact with it by following the story and making choices. The story then grows out of what you choose. Depending on what you do and how you play, the game changes itself. It’s definitely worth playing. Choice of Robots is one of the interactive text-based games in the “Choice Of” series. The choices you make affect how the story goes. This 3,000-word sci-fi novel lets you play through 30 years of a robot maker’s life.

Depending on what you decide, robots will either become people or live together in peace. If you want a game with good graphics or sound effects, you might not like this one because it’s just text. But even so, you will enjoy reading this game and taking part in it.

Reigns Game is a text-based game with elements of card games and strategy. This is the first game in a series of three. In this game, you sit on the throne and rule the kingdom as a king from the Middle Ages.

You will be given different scenarios to choose from, and it’s up to you to decide how to handle the requests of your advisors, peasants, allies, and enemies while keeping your kingdom in order.

Get ready for an awesome adventure through a city full of thieves, monsters, magic, and traps. Even though this is the second Sorcery! game, you don’t have to play the first one to enjoy this one.

This text-based game is completely interactive, and it is written around what you do and what choices you make. You can also choose whether you want to be a girl or a boy. You can start your adventure or load your characters from part 1.

This is the third game in the Sorcery series, but you don’t have to play the first two games to play this one. The game lets you go on adventures and make up your own stories. There are thousands of adventures to go on.

You can get indulged in your mystic journey with new spells and new magic to master. But to get through this adventure, you will definitely need a good memory. It is a great addition to the series and might make you want to play them all in order.