Science fiction is a very popular type of story in movies, TV shows, comic books, and even tabletop games. Every year, a number of new science fiction board games come out, and many of them do very well.

Sci-fi is so popular because it can be taken in many different ways. Sci-fi can be about science and create a world with new technologies; it can go beyond the stars to alien worlds and meet new kinds of life; or it can just be about the near future. Sci-fi has been used by board game designers to make some great games. Specter Ops is a hidden movement game in which one player at the table moves around the map without the other players knowing, while the other players try to find them. The player who is hiding has a piece of paper that shows the board and a pen to keep track of how the other players move. When the hidden player is found, they have to put their miniature on the board. However, they can hide again by running away on their next turn. As Specter Ops goes on, the players who are looking for the hidden player get closer and closer to where he or she is.

Star Wars: The Queen’s Gambit Is The Entire Third Act Of Episode I

A lot of Star Wars fans don’t like the whole prequel trilogy, especially Episode I: The Phantom Menace. But many gamers agree that Star Wars: The Queen’s Gambit is a great game, whether or not they like the movies.

Star Wars: The Queen’s Gambit covers the entire third act of Episode I: The Phantom Menace, where the battle at Naboo, the battle at The Queen’s Palace, the fight between Obi-Wan Kenobi, Qui-Gon Jinn, and Darth Maul, and Anakin flying the Starfighter all happen at the same time.

T.I.M.E Stories Is A Time-Bending Story One of the most popular games of 2015 was T.I.M.E. Stories. It has a unique way to play and a world that was different from anything else at the time. Players in T.I.M.E. Stories work together to find out the truth and fix the timeline of the scenario they are in. The core box comes with a scenario that takes place in a mental hospital where something bad is going on. But there are also eight other scenarios that take place in different worlds and times and add to the universe that T.I.M.E. Stories is set in.

At its heart, Cosmic Encounter is a simple negotiation game where players are trying to land their ships on five opponent planets before anyone else. But instead of fighting, players try to make deals with each other, which can sometimes lead to more than one person winning at the same time. In Cosmic Encounter, the big twist is that each player has crazy alien powers that change the whole game. One player might just never lose a ship, while another might win negotiations every time they lose. Cosmic Encounter is a wild and fun game that is out of this world.

Dinosaur Island Is Jurassic Park In A Box Dinosaur Island is a game with a European style and an American twist. In the game, players own and run a dinosaur-themed theme park. Players try to make the park bigger, get more people to come, make it more exciting, and hopefully not let too many people get eaten. Players use DNA to make more dinosaurs and resources to build attractions. Players must also hire security to keep the park visitors safe and make sure that the dinosaurs don’t escape and cause trouble. Dinosaur Island has a lot of different ways to play, so each time you play it feels new.

Space Base Lets Players Build A Fleet Of Spaceships

Space Base is a dice game in which every roll is good, sometimes for everyone at the table. Players earn money in Space Base by rolling dice, which they then use to buy new ships to replace old ones. Each ship is put on a number from 1 to 12, which is the number on each die.

When a ship is switched out, it is turned on its side and will now move when that number is rolled by another player. Space Base moves quickly and has a lot of punch, and it doesn’t take long for players to get a lot of ships and have crazy things happen on almost every turn.

King Of Tokyo Is A Giant Monster Fight

Since it came out in 2011, King of Tokyo has been a well-liked game. The game has been very popular, and many people who play games say that it was one of the games that got them interested in the hobby. When it’s a player’s turn in King of Tokyo, they roll and re-roll dice, just like in Yahtzee. But these are not ordinary dice. The dice let players fight other monsters, get health, earn points, and collect energy, which they can then spend on powerful cards that will hopefully give them the edge they need.

Terraforming Mars is one of the world’s most popular board games right now. Hobbyists on the website Board Game Geek say that the game is one of the top five board games of all time. In Terraforming Mars, players take on the roles of different corporations that are trying to change Mars’s environment and mine its resources for money and power. People keep coming back to the game because it has so many different cards, combinations, and ways to play.

Twilight Imperium Is A Massive Experience

It has been around for more than twenty years. The game is now in its fourth version, and it’s still as popular as it was when it first came out. Each player in Twilight Imperium controls an alien race with its own starting forces, technology, planets, abilities, and stats.

Twilight Imperium is set in a huge galaxy with many rich planets. It is a mix of fighting, politics, and negotiating. Twilight Imperium takes a long time to play, but many people say it’s one of the most rewarding games they’ve ever played. 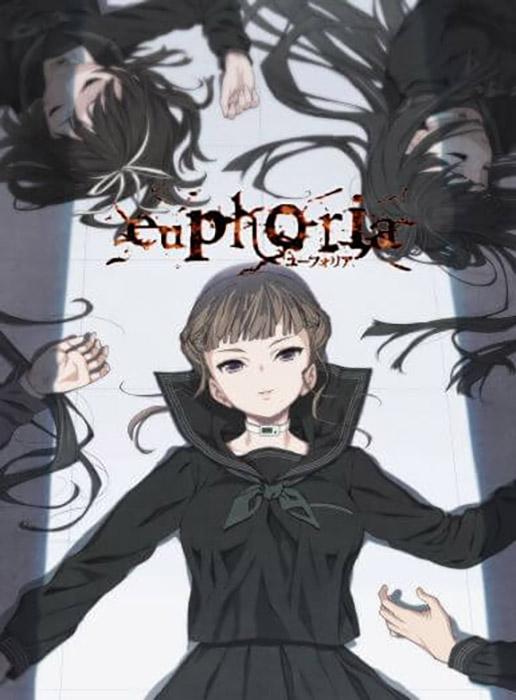 You’re in a dystopian world, and you’re not sure how it ended. In the City of Euphoria, you and the other players are all middle-level managers. You decided that now is a great time to take power for yourself by using the people you recruited to spread your influence in a world that is confused and vulnerable. The other managers want the same power as well.

Euphoria is fun because:

I’m used to meeples, so having dice as workers was a nice change.

This is a medium-weight euro game that is a bit harder than most. If you want a new take on work placement games, I’d recommend this one.

The game looks good, but it can be hard to understand for new players because it has so many parts.

No one said that sci-fi only takes place in space. Welcome to the Shadowrun world. Your team is made up of shadowrunners who do hard jobs like protecting clients who have been marked to be killed or fighting off a dragon. Sounds more like a fairy tale? Maybe, but there is a cyberpunk theme to this. As you go through the game and build your deck, you can give your character cyber upgrades and other things.

What makes Shadowrun: Crossfire fun is:

This game is hard, so if you like hard co-op games, it might be right up your alley.

The beginning was hard, but the game got easier as it went on. This might be because we didn’t have many options with our hands at first. The game is still hard, but you have more options as it goes on.

Co-op, this really needs to be done by a group.