Gamers have always had a strong sense of community, and it hasn’t changed much over time. Even if you’re a gamer and you play online games with strangers or look for Among Us Discord servers, there’s always been a bond between you. Roblox has quickly become one of the best open-world games for people to play with each other. Allowing people to make their own games, Roblox has a lot of different types of games, like shooters, roleplaying, kids games, and more. Today, we’re going to talk about the scariest Roblox games that will make you shiver and make you want to run away. For Roblox gamers who want to play the best scary games in 2022, here they are.

The games on this list are both team and single-player creepy horror Roblox games. Use the table below to figure out what kind of game you want to play. Dead Silence has long been thought to be one of the scariest Roblox games. It’s eerie and breathtaking. When you play Dead Silence, you play as an investigator. It’s based on the movie of the same name. Your job is to find out what happened to Mary Shaw, a murdered ventriloquist who is said to haunt the town where she lived.

This creepy scary Roblox game has a level design that will make you wary of every corner, as well as creepy creaking sounds and whispered hushes. You’ll be sure to leave the lights on when you go to sleep.

2. Alone in a Dark House

Alone in a dark house is another exploration-based horror game for Roblox. It has a lot of scares. In August 1996, the game is set in a small town. You play as a private investigator who goes there. You’re going to focus on a brutal car murder, but your journey will take you to a big house that has a lot of secrets.

While you may think the empty space is just furniture, there are hidden passageways with dark secrets that you can find. You have to solve a lot of different puzzles and then the bigger mystery itself. It isn’t just you in that house. You aren’t alone. “Good luck.” 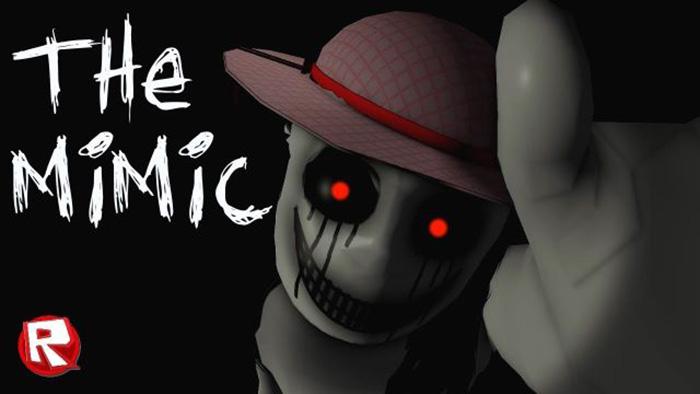 People who play Roblox games like “The Mimic” are afraid of them, but they don’t know why. The game can be played alone or with other people. It’s a horror adventure that was made up of different chapters. There are four different stories about Japanese history and urban legends that have a twist. The Mimic is made up of all of them.

Chapters are hidden in four different books. Each one takes you and your friends to mysterious worlds filled with very scary level designs, loud noises that come out of nowhere, and a lot of jumpscares, so don’t be afraid. If you don’t want to play this Roblox game alone, we suggest taking a friend with you.

Geisha is a great game for Roblox if you like scary games that have urban legends built in. Geisha is based on the urban legend of “Teke-Take.” It takes you back to your childhood, but we bet it wasn’t as scary as the game will be. When you return home, you find that your family isn’t there, leaving you a little lost.

Even though, you still don’t feel alone. It feels like there is someone watching you, but only from the corner of your eye. When you look, there is nothing there. Players in this very scary Roblox game will have to find their way around the house and look for any clues. Geisha is the place to go if you want to have a scary Roblox adventure alone. In this Roblox horror game, you have to work for the scares. You are once again an investigator, but this time you specialise in the paranormal world, which is what you do. When you’re investigating strange things at a family home, you need to figure out how the family went missing by looking for clues.

You’ll get these clues in the form of hidden dark rooms and the hunt for discs. Even though the discs have a demonic entity on them, be careful because it will hunt you down. Finders Keepers is a great horror game that has a lot of scary jumpscares and scary sounds.

The idea of being dropped into a dark maze with only a flashlight and camera to your name sounds like fun. This scary Roblox horror game might be right for you. This maze is not like the ones you usually see. It’s underground.

A player’s flashlight runs out of batteries at some point. This not only confuses the player, but it also makes things even more scary when your flashlight runs out of power. As if that wasn’t bad enough, this maze is being stalked by a lot of scary creatures. Team up with up to 12 people and see if you can escape The Maze. A classic murder mystery is a favourite of everyone, and it looks like Roblox fans enjoy them as much as everyone else. After all, this game has been played more than four billion times already. Murder Mystery 2 is a game where 12 people work together to figure out who killed someone. There is one sheriff in each game, who is in charge of getting rid of the murderer.

In this game, you’ll need to be clever to get through the challenges that lie ahead. Murder Mystery 2 may not be as scary as some of the other games on our list, but it can still make your heart race.

Breaking Point is one of the most popular horror games on Roblox. It’s a great way to have a thrilling and scary time. Players are chosen at random and have to kill off other players in order to win the game. That’s how it goes until there are only two people left:

They then have to fight each other with only knives. The winner takes the game.