You might get a lot of different answers if you ask three people what a “Roguelike” is. One might say, “Oh yeah, those are like that game with the sexy Greek gods.” Another might say, “No, you idiot, Hades is a Rogue-Lite. A rogueLIKE is a game like Spelunky.” And still another might slam their hands on the table and shout, “The reason why they’re called rogueLIKES is because they’re LIKE the 1980s dungeon crawler Rogue.”

All this to say, that this is a genre with a hotly contested definition, which is why making a list of the top 10 best roguelikes is a bit tricky, but we feel like its still worth doing because the games within it are honestly among the most influential of the past few decades. So, we’re going to cut down the definition to just say:

A game that has both procedural generation and death as important parts of the gameplay (ie: It’s not just a mode that you can turn on or off).

So, whether it’s a Roguelike, a Roguelite, or a “game that’s like Rogue,” we’re going to put them all together for our top 10 favourite Roguelikes of all time. It may be number ten on our list, but it’s number ten with a bullet! Or a hundred. Dodge Roll’s top-down bullet hell roguelike sees a group of cheerful pixel art characters descend through rooms of increasing difficulty and fight epic bosses in order to try and find a gun that can literally kill their past. In order to do so, they’ll need to get their hands on a near-endless number of different guns. The armoury is where this game really shines. This is the first time we’ve seen a game that was so gun-themed, with the whole concept of a “gungeon” carried through to a level of detail we didn’t think was possible. This is how it works in all of the best roguelikes: Each run is different because there are so many different guns that change how you play. There are more guns than you can shake a joystick at. When it comes to roguelikes, Enter The Gungeon is one of the best. It has great bullet hell gameplay, a lot of weapons, and a lot of fun references and easter eggs.

It’s not as high on this list as FTL, but Into the Breach is still one of the best roguelikes out there. In this game, you play chess against a city-destroying kaiju, but the chess pieces are replaced by giant mechs that fight back against the kaiju and save the city. Each fight could only last a few turns, but the amount of choices you have during those turns is mind-boggling. It’s hard to plan for both what your enemies are doing now and what they might do in the future, so you have to think far into the future to deal with both. When you start to realise that giving up a pawn with a rocket launcher might hurt in the short term, but it will be worth it in the long run, it can be a lot of fun. Strategist game: Into the Breach is full of hard decisions, but it also lets you taste the sweet reward of making them right. Until Rogue Legacy came along in 2013, no one thought the roguelike genre would work so well with the metroidvania style of design. Rogue Legacy added permanent progress that carried over from run to run, allowing players to add stat upgrades, new pieces of gear, and new abilities that would make the dramatic difficulty spike of later bio games more manageable. When this was done, it was a big deal. Many other games in the same genre, some of which also made this list, would do the same. Besides being important, Rogue Legacy was also a great game. It had great progression, a great mix of difficult bullet hell-style combat and intense platforming challenges, and clever procedural generation that made sure no two runs were ever the same.

Nethack could be the most complex PC game ever made, and it could be called “Nethack.” It sounds like hyperbole to say that this is the best thing ever. How many ways can you die, from being petrified while swallowing a Cockatrice whole to falling into a sink (it’s long story). You should think about this. People who play Nethack don’t have to think about a graphics engine when they try to solve problems. Do you worry that eels will pull you into a body of water? It doesn’t matter what you do, but you should grease up your armour. You could also teleport the eel to dry land, or wear an amulet that makes you breathe magically. The goal isn’t to win, but to learn about the game’s many, many systems. When Rogue was first made, it was simple. Now, 30 years of development have made Nethack a lot more complicated. It may be the best example of a “roguelike,” and it still has a lot of fans today. Look at Nethack if you want to know where games like Spelunky and Hades came from. 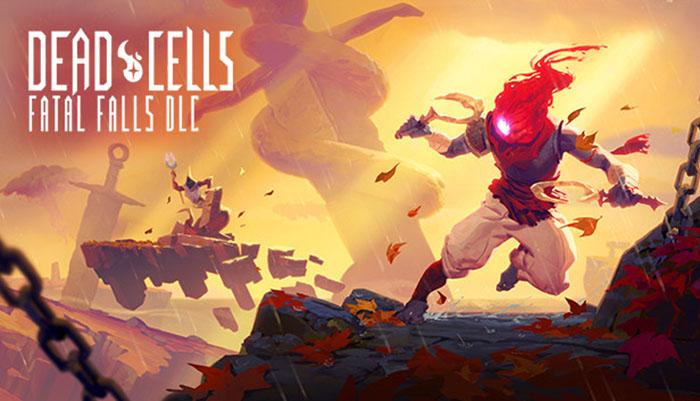 You can move quickly and fight twitchyly in a 2D side-scrolling world in Dead Cells, which makes life or death decisions happen quickly. In this game, you run through increasingly hostile biomes and use your ever-growing arsenal of weapons and abilities to fight off hordes of enemies, all the while perfecting your platforming reflexes. In order to make this game one of the best in its class, you need a lot of big, bad bosses and a way to branch your own path through unlocked areas in the order you want.

If you want to be a spaceship captain, don’t tell me the odds. Good people are after you and you have to make life-and-death decisions at almost every turn in your small spaceship. But even a small chance of success is all you need. All kinds of tension come from both decision-based story events ripped from sci-fi shows that can change the game and real-time combat that requires a smart strategy for taking down enemies’ shields and disabling their systems – and some luck when it comes to dodging incoming missiles. FTL is a thrilling, replayable adventure. Build up your ship with the best crew, weapons, and upgrades you can get your hands on so that you can fight off a huge enemy mothership. This is a great game to play over and over again, especially when you unlock new ships with different configurations. Play the hand you’re dealt in every roguelike, but in Slay the Spire’s deck-building design, the phrase “play the hand you’re dealt” is much more literal than most. It’s just amazing how willing this game is to let you completely break its well-thought-out and well-organized rules. The Defect, for example, has summonable orbs that attack or defend every turn, but if you get the right combination of character class, relics, and powerful cards, all bets are off. The Ironclad warrior can become a vampiric powerhouse who sacrifices his own health to do damage. A lot more than that, the basics can be thrown out of the window, too. At the end of a turn, you don’t throw away your hand. You can get cards from any character’s deck the next time you play. Or could the cost of casting each card be different? It’s all over the place, and the only thing you can be sure of is that you won’t know where your build will go.

Crypt of the NecroDancer is a game that combines two very specific types of games. Its rhythm-based roguelike adventures hit a very sweet spot. This game was released in 2015 and has a lot of fun music and boss fights. If you’re looking for a new game, this one is for you.

Crypt of NecroDancer will make you dance while you sweat as you run out of time for your next move.

Traditional roguelike experiences aren’t what this game is all about. Players have to make quick and quick decisions. Even though the genre requires quick decision-making and foresight, the escalating rhythm of the game makes players move faster to keep their combo going. As we all know, you can’t get rid of that set.

Best of all, it’s very cheap (under $10 during Steam/Switch sales). Curious Expedition is a 2016 roguelike that blends the old and the new. It has simple storytelling and old-school graphics. In this game, you play as a Sim while feeling like you want to go on a trip in the 1800s.

The exploration part of roguelikes is often overlooked, with flashy fights and wacky items taking the lead. However, this time, we’re going full exploration and exploration mode.

Even though it’s small, it looks very easy. Despite the fact that it looks like an old game with very few options, it’s amazing how random and unique each run is.

The price? Even without the sales, the price is less than $10.