Here, we attempt to compile a list of the greatest PvP games of all time. Virtual world competition has never been fiercer than it is now. When two people share a hobby, a universal and timeless question arises: who is better? Tennis for Two, released in 1958, was the first multiplayer game ever made. It was a player vs player (PvP) game. Friendly rivalry is good for humanity. And, every now and again, some less-than-friendly competition.

With the introduction of personal computers and the internet, PvP experiences became as simple as clicking and going. We may now capture flags and exert control from the comfort of our own homes, rather than meeting after school or bringing our teams to the park for a pickup game.

While some of the games listed below have modes other than PvP, they all allow you to battle your abilities, reflexes, and intellect against other players in the hopes of winning. Isn’t that the whole point of PvP? A plethora of free-to-play games vie for your attention. None of them, however, provide the time-tested and top-tier PvP gameplay of Team Fortress 2, the best free PvP game available. You don’t buy free games, that’s a joke. If you want to be the best-dressed and equipped mercenary on the battlefield, you can end up buying cosmetics.

Pay-to-win It’s not, but Team Fortress 2 is a classic with a vibrant community and class-based PvP that’s still going strong.

Runescape was for many of us our first introduction to both the MMO concept and the concept of PvP fighting. The parched land of scoundrels, brigands, and valiant warriors, the Wilderness, is a place where “everything goes.” Oldschool Runescape’s PvP combat is a surprisingly hectic and skill-based affair. In order to harvest their sweet, sweet booty, adventurers unleash all of their spells and special skills on their opponents. Even though it’s ancient, it’s still one of the best PC PvP games. Medieval battle is vicious and chaotic, making it the ideal environment for some fantastic PvP action. Lay siege to castles, raid towns, and demolish enemy encampments with your twohanders, crossbows, and battleaxes across war-torn landscapes. The delicate ballet of steel clashing against steel chooses the winner at the center of it all. Always wear your helmet and keep your back to the opponent.

If you’re looking for the best MMO PvP game, look no further. To be really honest, I don’t play EVE Online. But whenever I’m surfing the web and come across another EVE Online battle after-action report, I have to stop what I’m doing and read it. They build narratives worthy of A Song of Ice and Fire thanks to the player-driven politics that go into them. And the backstories mix with EVE Online’s massive, unmatched size to create the biggest, most spectacular space fights this side of a summer blockbuster.

The effects of a large EVE conflict reverberate throughout the server for months, if not years. They may even warrant the erection of monuments by the developers to mark the occasion. Nowhere else will you find PvP on this magnitude. Let’s face it: if you’re looking for a mobile game to play at the end of the day, you’re probably in your jammies. High-octane PvP action is fun, but every now and then you want to fight your brains against your opponents rather than your reflexes. That’s why Digital Trading Card Games (DTCGs) like Hearthstone are so enjoyable to play, and why Hearthstone is the best PvP smartphone game available. Manage your mana to summon enormous minions and board-wiping spells straight from the Warcraft universe, and convince your opponent that you’re simply smarter. It’s not about how big the deck is; it’s about what you do with it.

Classics like Age of Empires and Empire Earth abound in the RTS genre. Not to mention sister turn-based games like Civilization, which have allowed armchair generals to participate in some PvP and diplomacy while conquering the globe.

If you mixed the aforementioned titles in a blender, you’d get Rise of Nations: Extended Edition, and all the varied tastes taste excellent together, just like a delicious smoothie. Lead your empire through the ages, accumulating resources and money before engaging in PvP. You can have aircraft making bombing runs on a rival who has just recently discovered the mysteries of gunpowder if you’re quick and plan effectively. I’m not sure what more could possibly make this the finest online PvP game. 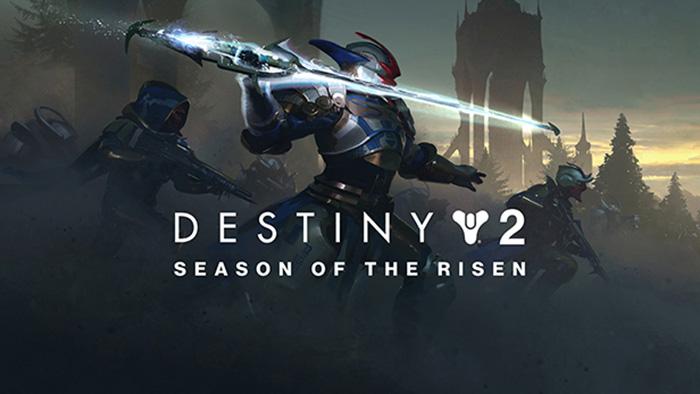 Keep your eyes peeled, Guardian. It pays to practice the art of war, even if we’re all on the same team when it comes to defending humanity’s last vestige. Guardians employ one another as crash-test dummies for their light-powered skills and weapon loadouts, just like iron sharpens iron. Leave all of the PvP in the Crucible, where it belongs, and we might be able to fight the darkness another day.

Brawlhalla for mobile is a huge accomplishment. Platform fighting games rely significantly on tactile feedback, with skilled players able to maneuver their controllers with pinpoint accuracy, something that isn’t possible on smartphones. Brawlhalla demonstrates that a touch screen is more than enough for leaping, fighting, and performing spectacular combos.

Brawlhalla features a diverse cast of characters and game types, which, when combined with the game’s buttery smooth action, offer an experience that’s difficult to put down. While a substantial portion of the content is locked behind a paywall, there is plenty of free content available right away. TFT (Teamfight Tactics) is an oddly powerful game mode. Many competitive games need hours of practice and reading manuals to become the best, but TFT is so intuitive that I frequently succeed simply by trusting my instincts. TFT belongs to the auto-chess or auto-battlers category of games. You’ll be thrown in a game with eight other players, and you’ll earn champions and items to construct the perfect squad over the course of several games.

In TFT, combos are the lifeblood of the game. Champions are divided by classes, which when combined, unleash devastating abilities. But don’t get too comfy; every season, all champions are revamped, requiring all players to come up with fresh methods. This keeps the game interesting by avoiding certain combos from appearing.

Clash Royale, like Hearthstone, is a deck-building game. Clash Royale, on the other hand, raises the stakes by combining real-time tactics and tower defense in a frenetic combination. Matches are fast-paced, so you can easily fit a few games in during your commute.

Clash Royale encourages strategic thinking and meticulous planning, despite its cartoonish appearance. While looking up the ideal deck might help you get started, controlling real-time combat requires some practice. While the primary game is free to play, microtransactions have a greater impact. Progression can be tedious, and while the game isn’t pay-to-win, you’ll have a more enjoyable time if you invest a few dollars.