For families of all ages, Ticket To Ride is a fantastic game that provides enough strategy without being overly competitive. It’s a familiar feeling to save up train cards all game long only to watch your neighbor buy the track right out from under you.

The world of board games can be intimidating when you don’t know what you’re getting yourself into or what to look for, especially if you’ve never played one before. For this reason, we’ve compiled a list of board games that are similar to Ticket To Ride but yet offer something new for gamers searching for a new gaming experience. Re-imagining: Airlines Europe (2011) is a remake of the original 1990 game. Ticket To Ride fans will recognize the networking and route development, although this game focuses more on the European airline industry’s stock market.

Playing the role of a stock investor, the players of Airlines Europe make wise market decisions that benefit airlines and hopefully their own bottom lines. Players at all skill levels can enjoy Airlines Europe’s mix of strategy and RNG.

Power Grid is an excellent alternative if you’re seeking for a more challenging route planning game. A key feature of Power Grid is that it places players in command of their own power network, requiring them to distribute energy in the most effective manner.

Aside from well-known features like route planning, the game includes a slew of new ones, such as auctioning new technologies and keeping track of raw materials. In the grand scheme of things, this makes for a more competitive game environment. This one is more of a tile placement game than a route planning game, so okay, we cheated here too. Carcassone is a territory-claiming game with basic rules that is sometimes considered as one of the forefathers of modern board games. It’s like ticket to ride in that it’s simple to pick up and play, but there’s enough strategy to keep even the most inexperienced players engaged.

If you’re a fan of Ticket to Ride and are searching for a new game to play, this one might not be the best fit for this list, but it’s still worth a look. However, even though it’s an older game and Carcassonne’s mechanics have been developed and improved in later versions, this one still holds up.

Carcassonne, a city in southern France, is the setting for this tile placement game. The city will gradually take shape as the game goes. Large amounts of meadow, city space, cloisters or roadways can be claimed by placing meeples on the board. If you’re looking for an easy-to-learn game that’s also challenging, this is it.

Takenoko’s gameplay mechanics resemble those of Ticket To Ride, despite the fact that the two games have quite distinct themes. Takenoko is a video game in which players take care of a prestigious panda bear by tending to their bamboo gardens.

Regardless of your age, you’ll enjoy this lighthearted game. With its easy rules and adorable concept, this game will appeal to a wide age range, from young children to the most seasoned gamers.

This game is a near-classic that has a devoted following and is frequently re-played. As new games continue to be released, it’s impressive that a game may remain on the shelf and still be picked up by gamers. 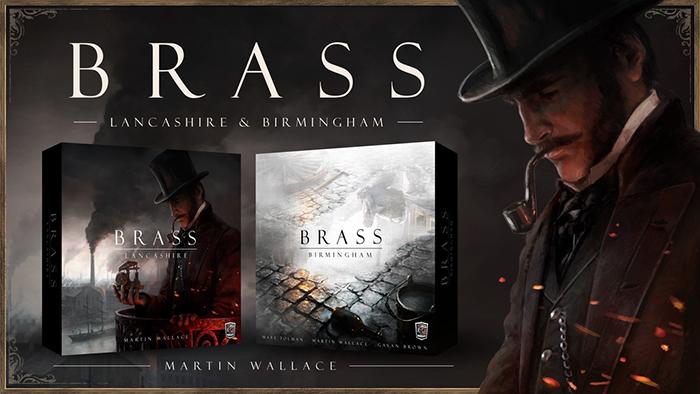 In a brushed brass finish.

Competing cotton entrepreneurs are portrayed by the Lancashire actors during the industrial revolution in the United Kingdom. There are two distinct phases to brass playing, each reflecting a significant development in the industry. the construction of canals and rail lines. When you’re seeking to grow your business, connecting with other industries is essential.

In spite of the higher level of planning required, players will still enjoy many of the same gameplay features they are used to from Ticket To Ride, such as connecting zones and managing their hands. Choosing when and how to spend your money, on the other hand, gives your selections more substance.

With Through the Desert, you’ll be planning caravan routes instead of rail lines, like in games like Ticket to Ride. The players each represent a nomadic tribe that is vying for control of the desert. As they wound their way over the hard terrain, blocking off desert parts and claiming oasis, they built a caravan track. The word “oasis” is plural, and I had to check it up as well.

In order to increase the level of competitiveness, participants in Through the Desert must obstruct one other’s paths as they go through the game. As with strategy games like Go, this one has a lot of replayability as players gradually come up with different ways to win the most points. Those who appreciate route planning games will enjoy this one. Age of Steam takes players back in time to the golden age of steam power, when railroads were just beginning to spread throughout the United States and transform the economy. To succeed in the competitive rail business, you must identify the greatest investment opportunities.

Decisions players make could make or break their companies at any point in the game. If you’re searching for a Ticket To Ride-style game with greater emphasis on head-to-head competition, check out Age Of Steam.

This is the game that is most like Ticket To Ride in terms of theme and aims. By connecting five large cities by train before anyone else, the usual goal is achieved. A single action is required for each turn. Play a few songs.

The rounds in this game are short and sweet, and you’ll be done in no time. This makes it a perfect game for beginning players or those who want to play for a short period of time. It’s like a stripped-down version of Ticket To Ride, if that makes sense. Anyone who enjoys route-planning games in general should enjoy this game.

‘Trains’ by Martin Wallace is another another hit. Making delivery over a continually evolving network of railways is the focus of Steam, a video game. Throughout the game, victory points are won by delivering the proper commodities to the right places. Additional replayability is provided by the inclusion of two maps. Europe and the United States of America.

Aside from its excellent graphics, Steam stands out from the crowd as one of the most approachable games for newcomers. Depending on how deep you want to go with the game, it has basic and advanced rules. If you’re a fan of Ticket To Ride, the interlaced routes and cities on the game board should bring you some comfort. Develop postal routes across Bavaria and its neighboring regions is the game’s goal. Postal routes and Postal Office locations will take precedence over railway plans and train terminals.

As a result of the game’s many similarities to Ticket To Ride, we’ve selected it as the best alternative. One of the top route-planning games on the market is the 2006 Spiel De Jahres winner.