If rumours are true, the PlayStation Store for PlayStation 3 may not be around for much longer. According to a report that came out earlier this month, Sony may shut down its digital storefronts for the “legacy” system this summer. The same could happen to the PSP and PlayStation Vita stores (don’t worry, I have lists for those too!)

At the time of writing, PlayStation hasn’t made an official announcement, and if this goes beyond just the store, there’s a lot more to talk about when it comes to digital rights management. However, time is running out if you want to get some great hidden gems and digital-only games that are only available through the PlayStation store.

So, here are some games that you have to buy before PlayStation shuts down the PS3 store for good. Ratchet & Clank: Quest For Booty is a spin-off of the Ratchet and Clank Future series, which, to be honest, I had forgotten about. It picks up where the pair’s first PlayStation 3 game, Tools of Destruction, left off and leads right into the next full game (A Crack in Time, 2009).

In this pirate-themed adventure, the heroes go after Captain Angstrom Darkwater, a notorious space pirate who is the only person in the galaxy who knows how to get in touch with the Zoni, a race of magical beings who can control time and space.

Even though Quest For Booty only lasts about three to four hours, it has everything you’d expect from a Ratchet & Clank game. Even though its story isn’t necessary to understand the story of the lone Lombax and his mechanical friend, you don’t want to be missing a piece if you want to play through the whole series.

Tokyo Jungle is the first of many weird and wonderful digital-only games made by Japan Studio (RIP). It takes place in a world without people, where animals must do whatever they can to stay alive.

In the game’s story mode, the player has to complete a series of missions as different animals. At the end, the reason why humans seem to be extinct is revealed. As you fight for your life, Pomeranians, deer, beagles, and lions all play a part in the story, and each core animal has a different story. “Survival Mode” is the name of the second mode. Start as one animal and see how long you can stay that way.

Having a “pack mentality” is important, so getting more animals is key to doing well in Tokyo Jungle. There are 50 breeds and 80 types of animals in the game, and more can be bought as DLC. You can even download a person who works in an office. I get it. I did tell you it was strange. Calling All Cars! was made by David Jaffe, who made God of War (the first one) and Twisted Metal. It is a top-down car battle game. Players fight against each other to catch as many escaped prisoners as they can without letting their opponents take them away from them.

The game is fun and fast-paced, but it isn’t very deep, and by 2021, it will probably feel very old. Still, I’m sure there are still a few fun hours to be had in multiplayer. It was also one of the first times I can remember people being excited about “downloadable games” on PlayStation. And it’s a David Jaffe game that not many people will remember, which is reason enough to play it.

Did you know that there was a car-based football game with the silliest name ever before Rocket League? That game is Supersonic Acrobatic Rocket-Powered Battle Cars. The game that came before Rocket League, which is now a huge hit, seems simple now, but if you’re interested in history, you shouldn’t miss out on this one.

Even though offline multiplayer is a lot of fun, you’re probably only going to go back to SARPBC (I’m not writing the full title again!) out of nostalgia or a desire to see where it all started. Still, just because of that, I thought it should be on this list. 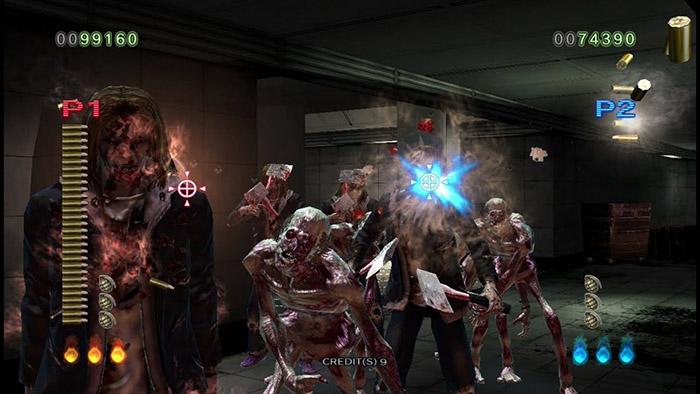 After coming out in arcades in 2005, House of the Dead 4 didn’t come out on consoles until late in the PS3’s life, which is unusual for a console-only game.

House of the Dead is a series that takes me back to either crowded shopping malls or sweaty rock clubs in Manchester. It wasn’t until I started making this list that I realised there was a fourth game in the series and that the story continues from one game to the next.

Now that I’ve annoyed all the House of the Dead fans here, I’ll also say that the game doesn’t change too much from the tried-and-true formula of the series. It changes some of the weapons, but the basic on-rails zombie shooting seems as fun as ever.

You can also play the game with PlayStation Move, which is a bonus.

Motorstorm RC is a spinoff of the popular racing series. It is a radio-controlled version of the high-octane arcade racing fun of the original Motorstorm games. This was a great throwback for people who grew up playing Micro Machines games in the 1990s.

Motorstorm RC was made by the now-defunct British company Evolution Studios, which also made the other games in the series and the bad game Driveclub. It was one of those games that felt way better than it should have. At launch, it had 16 tracks that were all based on the world of Motorstorm. Over time, more DLC was added to the game, making it even bigger.

This small racer is often overlooked, but if you haven’t seen it yet, you should. Any of the Arkham games could have made this list, and it’s a close call between Arkham Asylum and Arkham City. The first game’s small setting makes for a more focused and intense journey, while the second game’s large open world gives Batman a beautiful but dark sandbox to play in.

Arkham City makes combat almost as good as it was in Arkham Asylum, and the story moves quickly from beginning to end. It really is a complete experience, and everyone should play it.