There were only a few big names in platforming who lived on consoles. Now, the genre is thriving on PC. There are a lot of different ways that indies have used the simple ingredients to make different things (but still normally from left to right).

In the list below, you’ll find the best platform games for PC. There are puzzle platformers, physics-based platformers, roguelike platformers, and games that are all about jumping. Cuphead. All of us have seen it. It has been hard for some of us to get through. A great game in the run and gun genre, with a rubber hose animation that adds a lot of personality to the enemies and the environment.

People who play the game have to run and jump their way through its brightly coloured levels, which lead to boss fights with things like a huge gravestone and a sunflower that needs anger management lessons. Some power-ups can help, like being able to turn into a plane. This can help lower the difficulty wall a little.

The game isn’t simple. So, that’s what makes the game so fun: not only did Cuphead come up with a new way to make a game, but it also makes you feel good when you beat it. Players fight through a never-ending stream of animated enemies in the style of the 1930s. When they finally beat the bosses, they feel like they did a great job. Cuphead and Mugman teach a very important lesson as they are thrown into the fight: do not make a deal with the devil.

Yacht Club Games made one of the best side-scrolling games today: Shovel Knight. The popularity of the game has led to the creation of the beautiful Treasure Trove collection.

The Treasure Trove includes the game Shovel Knight, as well as add-ons like Plague of Shadows. The goal is to fight your way through the world in search of the Knight’s lost love. Multiple bad guys are on your way, and you have to deal with them in the right way. Shovel Knight Showdown is also in the Trove.

Shovel Knight is a great mix of old and new. It combines modern mechanics with side-scrolling stages from the NES era to make a fun place for knights to hop around. If you don’t like the music, don’t worry: It’s full of frantic 8-bit beats that help you get through each level. 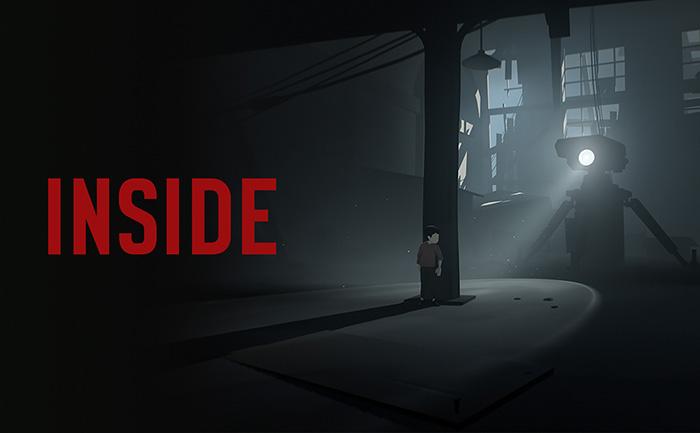 Inside starts out in the same place as its predecessor, Limbo, but soon moves on to a new and different place. It starts out in the woods with a small boy in the dark. In many of the games on this list, you have the freedom to jump and soar and swoop. Inside, things are a little bit different. If you do anything, it will only move the story forward or kill you. This is a game of creeping horror that is very well-controlled in pace and atmosphere.

Not everyone likes that, but that is the point. There is no doubt that the boy is being controlled by you as the player in Inside, even though the story is open to a lot of different interpretations. The rules mean that you get to see and do things that platformers don’t usually get to do: strange sights, one-of-a-kind mechanics, and horrible, horrible animations. People who are chased down by a man get hit in the back of their spine when they trip and the man’s hands reach out to their face. You can’t help but watch inside even when it gets a little too much.

Double Fine is the only company on this list that has made two great platforming games. The two games are so different that they could not be more different. Where the company’s first games were made by Tim Schafer, the master of adventure games, The Cave was made by Ron Gilbert, the master of point-and-click games.

Gilbert is a great storyteller because he comes up with problems for his characters that tell you something about them, rather than putting the story on hold. And all seven of the people who appear in The Cave are bad. Even the most upstanding archetypes in its roster, like the knight, the monk, and the scientist, have dark secrets about how they got where they are.

Gilbert and his team, on the other hand, don’t talk to the cast. Instead, they have them solve puzzles to show their inner dark side. Many times, stepping on someone’s head, both metaphorically and sometimes literally, is the best way to solve a problem.

For three-player co-op, you can switch back and forth between three characters so that one can act as a counterweight while the other two drive a minecart and the third flips the lever, or do something else. That way, you’ll have more time to enjoy its clever mischief. Braid is the “hipster cafe” of platforming. It serves breakfast that sounds familiar but is broken down. There is a squat hero, green pipes and cannons that fire enemies, and a princess in another castle who is a princess. But those things are used as tools in time manipulation puzzles, and the princess is used as a way to think about relationships and how they work.

I don’t know what you think of purple prose or men with floppy hair, but I don’t think you can argue with how clever this game is. It’s like every great platform game: Braid is always looking for new things to do and think about. At first, you can only rewind time to fix a mistake, like in Prince of Persia or Forza. Then, you can go back in time and fix it. Then, before you know it, you’re speeding time up by degrees, or making some things not subject to time’s passing. Because you can figure out how to use your new powers all by yourself, you’re also encouraged to do so by what’s in front of you.

Like Elgar’s Enigma Variations, Braid is elegant, always changing, and a little bit pompous at the same time. But it doesn’t care so much about being smart as it does about making you feel smart, and that’s what makes its puzzles so long-running.

Playdead’s expressionist, monochrome classic is still one of the best platform games out there. There are many scary jumps in Limbo. Even though it is a puzzle game that relies more on your common sense than quick reflexes, it has more than its fair share of dangerous pits and moving buzzsaws.

For example, its art style is very simple: black and white. The grisly traps your child avatar is caught in can still shock, because there isn’t much detail about them. It’s one of the shortest games on this list, but it’s a haunting, enigmatic experience that will stay with you far longer than many of the best horror games that use jump scares to keep you interested.

Super Meat Boy was the game that put Edmund McMillen on the map. These days, he’s better known for his roguelike take on the top-down Zelda game. Team Meat wasn’t the first platform game to market itself on sheer difficulty, but its irreverent tone and downright gratuitous amount of content have made it one of the most famous and well-known platform games.

Armed with only his jump and grab, you must guide Meat Boy through screen after screen of cruel and clever traps to save his beloved Bandage Girl. Super Meat Boy helped define the first wave of great indie games. Its retro aesthetic and frequent references to its 16-bit predecessors made it one of the best indie games of all time, and its influence can be seen in many other platform games on this list. As long as you don’t like platform games that look like they were made by hand, this game won’t change your mind. But if you haven’t tried your best to make it through its first world, you’re missing out.