Isn’t it better to deal with terrible things with a friend than alone? Horror games have changed a lot thanks to multiplayer games, giving us scaredy cats someone to put our fears on so we’re not alone in them.

These multiplayer horror games are very good at combining scary situations with the basics of multiplayer video games. People will hear me scream as the zombie bites at my face, but that’s all it means. It was a long time before online multiplayer became the norm. People sat next to each other and played whatever FPS game was popular at the time. Or, in the case of Obscure, they hid together and tried to fight their way through a campaign full of terrible things.

The multiplayer was a simple two-player co-op that let players work together to finish the campaign. The third-person survival horror games that came after Silent Hill 2 and Silent Hill 3 couldn’t find a way to improve on Konami’s ideas. Obscure isn’t perfect, but it works well enough, especially as a co-op game. It doesn’t completely copy the later Silent Hill games, which are better.

To get out of the school of nightmares and find out what’s going on, players have to find their way out while uncovering a deadly conspiracy that has turned a lot of students into infected horrors. Simple story and concept make Obscure one of those rare games that aren’t great but are still fun to play with a friend.

For people who don’t like hearing about the supernatural, white noise is often used as a tool to give the spirit something to talk through. For people who like to be stalked by grotesque things, it serves a different purpose. A bad thing is about to happen to you.

In White Noise 2, when you see the screen fill up with static, your heart starts to race. This means that the creature isn’t far away. You are an unarmed investigator, and you have very little to help you fight off the evil force. After White Noise Online, the second game in the series, White Noise 2 pits four investigators against one blood-thirsty creature. Four players play as the investigators, and one plays as the blood-hungry creature.

Become a creature and go after your prey. Avoid the light so your wrath doesn’t stop. It can make the difference between life and death if the investigators work together with their teammates. Work together, and you might be able to get through this multiplayer game.

When you die, you come back as a ghost to help people who are still alive. 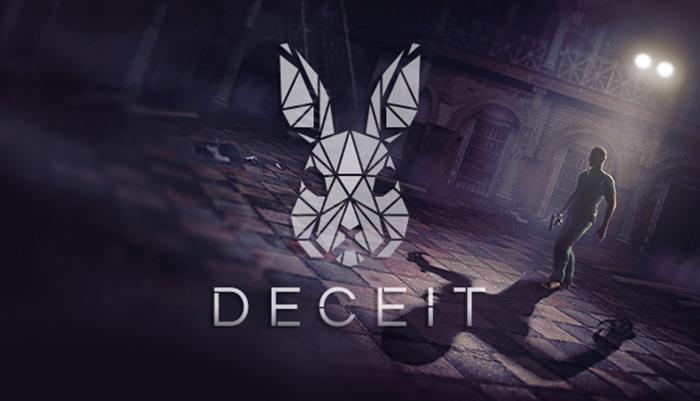 Is it safe to say that the people you call your teammates are people that you can trust? As long as friendly fire isn’t on, you can usually go alone. But when you’re with other survivors, you always have to keep an eye on your back.

It sends you on a quick dash for the exit as a fiend that has been infected stalks your every move. This is how it works: You have to kill the survivors one by one, but you’re not completely safe from bullets. It’s important to think about every move you make as you try to spread your virus and rip into the last people who are left.

When it comes to Deceit, you don’t know who the bad guy is until it’s too late. They can help you a lot on the map to get you to let your guard down. It doesn’t matter what you do, they’ll pounce and stop you from getting away.

You have to figure out a lot of things when you first start playing, but after a few games where you’ve survived or evolved your infected, deceiving the other players is easy to do.

When you put Dead by Daylight and the CS:GO Prop Hunt mod together, what will happen? A game that is both quirky and silly and heart-pounding is what you get when you play. Is Propnight the same game as Dead by Daylight? Not at all. The game is based on physics, so it’s no less fun.

Players can play as survivors who can turn into any number of props, or they can play as a killer who wants to destroy all animated objects on the map. It’s up to the players who are still alive to hide from the ruthless fiends so they can stay alive long enough to fix the scattered Propmachines and get away. A lot of things in the world can be copied, giving players almost unlimited options when they need to hide from their enemies.

Getting barrels, wine bottles, and chairs around the map can make the game very silly. It’s very rare that both sides laugh during a Prophunt. The end result is a title that’s more horror-like than scary. 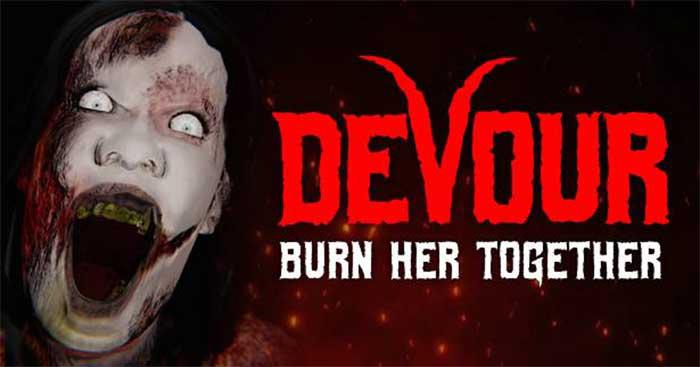 Phasmophobia was a big hit, so Devour changed things up a little. It pits up to four players against possessed cultists who want to drag you to hell. Players are armed with only UV flashlights and perks that can be earned. They’ll have to find out how to free their fellow cultists from the demon Azazel’s grip on them in eerie places.

To find things for the ritual, players will have to avoid supernatural creatures and fight off evil with their trusty lights. As the match goes on, the possessed cultists become more dangerous. You can expect a lot of jump scares with each new playthrough.

You can play Devour on your own, but it’s a game that’s best played with your most tense friends.

This is what you would get if you mixed Left 4 Dead gameplay with the retro sci-fi style of Deathloop. If you did this, you would get The Anacrusis. It was made by Stray Bombay and takes place on a stricken star liner that’s stuck on the edge of known space. You and your crew mates have to fight off an alien infestation that’s turned the rest of the ship’s crew and passengers into ravenous monsters.

Anacrusis is an interesting early access game that can be played by up to four people. The first part of the game tells the story of the survivors Nessa, Guion, Liu, and Lance. Anacrusis is off to a good start as a multiplayer horror game. It has powerful perks that keep you alive, weird and wacky sci-fi weapons, an AI director who makes sure no match is the same twice, and community modding. Reactive Drop is a follow-up to the popular Alien Swarm game. You play as a group of soldiers who fight off an alien invasion. These things happen over the course of a long campaign, which can be played alone or with a friend. Alien hordes are big and intimidating, and there are a lot of weapons you can use to make a lot of colorful destruction.

As many as eight people can play at the same time, so you can bring in a lot of people to fight the aliens. Besides, if you get tired of shooting bugs, there are also PVP and challenge modes to keep things interesting. In Alien Swarm: Reactive Drop, there are a lot of great ways to kill your friends for free.

It is a mix of horror and a fever dream, but it is also visceral. Golden Light is a scary and beautiful journey into the abstract and terrifying. This Early Access game was made by one person, Mr. Pink, and it’s a great one to keep an eye on. Golden Light is a surrealist nightmare in which you fight off hordes of gooey monsters and demon-possessed props.

Golden Lights has a good co-op and versus mode, and its procedurally generated hellscape is darkly comedic and surprisingly difficult. Its Silent Hill-inspired levels and wandering monsters are sure to scare you, or at least make you a little uneasy. People can eat weapons and other things in this game because it uses procedural generation to make sure that no two scary situations are ever the same. It hasn’t been out for long, but updates are coming out often, and for a one-person job, it’s really impressive for how well it went. Simple horror with your friends is what Golden Light is all about.