After the terrible video game crash of 1983, the Nintendo Entertainment System brought console games back to life.

Nintendo’s plan was to make games that were the best they could be and nothing else.

This strategy paid off in the long run because it led to a library of great games that retro gamers still love today.

There are also great games for two or more players in the NES library. Most of them are pretty easy and clear, especially compared to how things are done today.

But the NES multiplayer games are a lot of fun, and these games are a great way to spend an afternoon in Nostalgialand. 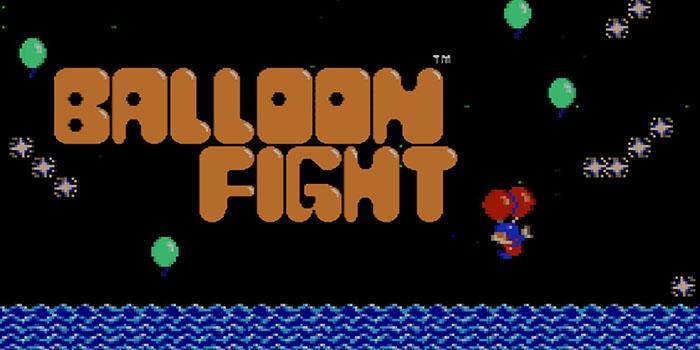 Welcome back to the 1980s, when simple was all you really needed.

Balloon Fight is an arcade game that is very easy to play.

You and a friend will control a bird with two balloons attached to its back. The bird will fly through different stages with platform arrangements and dangers.

Your aim? Pop your enemies’ balloons to beat them.

The addition of a Ballon Race mode, which adds a time limit and side-scrolling stages, does help make a somewhat basic experience more varied.

But don’t expect to play Balloon Fight for hours and hours. The game’s simplicity will eventually pop your balloon and bring you back to 2020.

Like Baloon Fight, Ice Climbers reminds us of a time that has long since passed.

In this 1985 game, you have to climb a high mountain to get to the condor that stole food from Popo and Nana.

You and one other friend will only have a hammer and a very high jump. You will have to break through layers of ice, defeat bad guys, and avoid traps to reach the goals.

Even though the levels are tight, the game never gets too hard, which makes Ice Climbers a good multiplayer game for both older kids and younger ones.

Chip ‘n Dale Rescue Rangers comes from a time when Disney-licensed games were really fun to look at and play.

You and a friend can work together to finish the game’s stages, which take place in different parts of the city and feature two popular chipmunks.

Rescue Rangers is a very simple 2D puzzle game that does everything you’d expect it to do. However, the amazing level design makes up for the lack of new ideas.

Who said that to be good, you always have to do something new?

Excitebike is one of Nintendo’s best games. And it plays like one!

Excitebike is a simple racing game where you can race alone or against someone else on a variety of tracks that will put your driving skills to the test.

Especially if you’re racing against AI, since they act more like obstacles than real opponents.

With a second player, the race is ten times more exciting because it turns into a chaotic mess that only the player who can master will win.

This is a game that gets better the more you play it. Super Smash Bros. is how most people know about ROB.

Did you know, though, that the cute robot was actually a part of a NES?

Gyronmite is one of the few games that actually used ROB, since it is based on playing with other people. And if nobody wants to play with you, the little robot can stand in for a second player.

Players take control of Professor Hector and move through stages to find dynamite and avoid enemies.

Each stage has red and blue gates that can only be opened by a second player or with the help of ROB. This means that two players need to work together to move quickly and effectively.

Gyronmite is different from most other NES multiplayer games because of this. Even though the experience is pretty simple, it’s a breath of fresh air.

What could be more ridiculous than jousting on an ostrich? In all honesty, I can’t.

Even though it has a strange premise, Joust is a fun arcade game that is easy to learn but harder to master.

You’re in charge of a brave knight riding an ostrich, and you have to move through different levels with platforms and kill enemy knights riding buzzards.

You did read that correctly.

As you might expect, things heat up pretty quickly. As the game goes on, more and more dangers are added, and only another ostrich knight can make sure you win your holy war against the buzzards. Legendary Wings is a real blessing for people who like classic shooter games.

I mean, what game lets you shoot both from above and from the side?

Not only does the game have a lot of different ways to play, but it also lets you improve your weapons. By killing enemies and staying out of harm’s way, you’ll be able to get a number of upgraded weapons that can also protect you.

Basically like Super Mario Bros., so when you get hit, you only lose one level instead of dying (like in pretty much all classic shooter games).

Not getting hit, on the other hand, is a big deal. Because the game sends you wave after wave of enemies.

But if you get help from a friend, you’ll be able to finish the game and stop the terrible supercomputer gone crazy, saving the world once more.

Jackal is a great shooter that is not just a throwback to the popular overhead shooters of the early 1980s.

You and another player take charge of up to two fully-armed jeeps and have to explore dangerous enemy territory, find POWs, and bring them to safety.

I guess that saving prisoners makes you feel good about yourself and also gives you more powerful weapons in the game.

Still, if you lose a life, you lose your weapons, just like in Dark Souls.

Jackal is a step up from the great shooters that came before it because you can control how the screen scrolls. And an exciting way to spend an evening with a friend that feels like the old days. 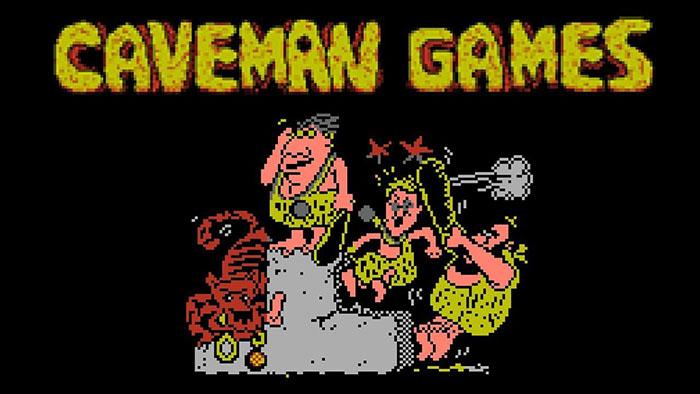 Caveman Games is fun to play with friends, even though it is often made fun of. It’s a collection of 6 silly minigames in which you’ll pole vault over a T-Rex, throw your friend as far as you can, hit each other with clubs, race on dinosaurs in an obstacle course, try to start a fire as quickly as you can, and run away from a sabre tooth tiger. Each game has its own way of being played, and it can be hard to get good at them. This may be why many gamers don’t like this gem, but it’s also what makes it such a great multiplayer experience.