There are a lot of different types of games that can be played on all kinds of phones and tablets now that the controls are more comfortable. People didn’t think traditional fighting games would be able to work on iOS and Android-powered phones and tablets. Thankfully, that dream has become a reality. There are so many mobile games that let you fight one-on-one and even in teams with original characters and licenced icons. When you’re looking for a good mobile fight game, it can be a lot of work to look through all the other crap. Let us do the work for you. We’re going to show you 18 high-quality mobile fighting games that will make your daily mass transportation commutes a lot more fun. Hope your fingers are ready for a lot of hard-fought mobile battle! There are many superheroes and villains that people love in comic books. Marvel Comics is home to many of them. Marvel Contest of Champions is a great game for your smartphone or tablet that lets you fight with your favourite Marvel characters. Spider-Man, Captain America, and other well-known characters like Tigra and Silver Centurion are all here to show what they’re made of. For the ultimate Marvel fan who wants to put together a collection of their favourite characters and fight in epic battles, this is the best app.

What used to be a mobile Mortal Kombat game that focused on Mortal Kombat X is now a much bigger game that also includes parts of Mortal Kombat 11. This team-based brawler lets you play as a wide range of well-known MK characters who fight in different ways. There is a lot of fun to be had when you mix and match your “kombatants” to find the best teams that will help you win. The blood and gore MK is known for remains intact in this mobile rendition, so longtime fans should have a lot of love here.

Ninjas, knights, and samurai fight each other in this mystical mobile fight. Shadow Fight has been one of the best games in the genre for both iOS and Android devices since it was first made. There has been a lot of Shadow Fight games, but this one is by far the best so far. Make your own warrior’s moves and clothes over time as you wipe out the other players in the game and have a lot of fun! Weapons-based combat is made to be as intuitive, smooth, and fun as possible. So well with Shadow Fight 3’s Shadow Power-filled fights.

Until this very day, Real Boxing 2 has to be the best mobile boxing game out there. If you thought a mobile boxing game would be easy to play, you’d be wrong. It relies on well-tuned mechanics that make every fight exciting. In order to win this game, you’ll need to stay on your toes and watch your opponent’s moves and moves. So many things make Real Boxing 2 a great game to play. It also has a lot of pugilists based on real-world boxers for you to play with.

If they were to fight, who would come out on top? SpongeBob Squarepants or Rocko, which one is better for you? Raphael from the Teenage Mutant Ninja Turtles, or Aang from the Aang TV show? A lot of the dream fights between animated characters from Nickelodeon can be played out in the Super Brawl Universe. You’ll see a lot of well-known characters from the orange cable network in this cartoony fight game. The 3v3 team battles you’ll get into are both serious and funny because of the fiercely fought battles (due to the sight of beloved cartoon characters beating each other up). You should enjoy the mobile version of Injustice 2 for a long time if you like DC more than Injustice 2. DC’s best superheroes and villains are at your command in this game, just like in the console smash hit. And you’ll be able to use them in epic 3v3 battles that pit Batman, Superman, Wonder Woman, and so many more against each other. It also has a lot of character customization options, a movie-style story mode, and team synergy mechanics that let you put together your favourite DC heroes to make real superteams.

However, even though the movie that this game is based on did not make much of an impact in the world of movies, this app made a lasting impression on the world of mobile games. To find out who’s the best mechanical boxer on the mobile scene, well-known boxing bots like Atom and Zeus are ready to go toe to toe in the ring. Metal hands and feet come into play as you deal big damage to your taller rivals. You’ll need to keep an eye on your opponents’ game plan and make adjustments when it’s time to strike, so you don’t get hurt. Hits hard and fast! Real Steel World Robot Boxing is a great game! When Super Smash Bros. came out, it was the first platformer fighting game. Brawlhalla is one of the better games that use the same formula. The 2D animations in this game are very clear, and the crazy gameplay that ensues gets a lot of praise. In the console version, there were up to eight players, a lot of game modes, an easy-to-use training mode, a huge roster, and more. This mobile version has all of that and more.

One of the best indie fighting games is Skullgirls, which was made by Lab Zero Games and is now being updated by Future Club. This mobile version of the team fight game has custom controls that make it easier to do special moves. This makes the mobile experience even better because the controls are easier to use. They still look great, so there’s no need to worry about a bad mobile game. Skullgirls on mobile devices is a great game for people who want to play a good mobile fighting game. 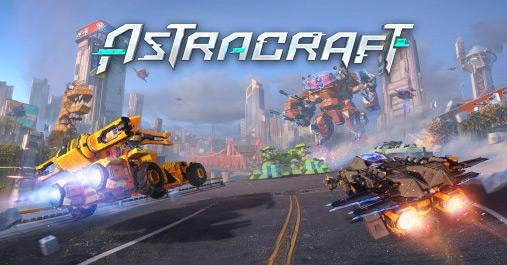 Astracraft is a game that looks like a battle arena, but there are a lot of good fighting parts. It is up to the players to build their mechs out of parts that they get through playing. They use their wits and skills to fight other people in the game. Mostly, it’s played online. There are a lot of different game modes. People like this game because they can build and customise their own character, but they also like to fight, as long as they don’t mind the arena battle-style.

Brawl Stars might be stretching a little too far, but that’s not a bad thing. You play it like a beat-em-up game, but there are still a lot of things that make it feel like a fight. You and a few other people play online PvP against up to three other people. Beat them up and finish the goal. Even so, the game does have a one vs. one fighting mode where you fight to the death. It’s not a huge genre, but we think this game is good for a few minutes.