Looter shooters have always been popular, even though they come in a lot of different forms. It’s a type of game that combines the fast and frantic style of modern FPS games with the RPG grind for rewards and upgrades to keep people playing. It always works.

There isn’t anything better than taking down a hard Skagg or Raid Boss in Borderlands or Destiny 2 and then seeing it drop a lot of loot that’s unique or rare. In looter shooters, you can mix and match weapons, armour, and play styles from a wide range of weapons and characters. This is what sells them to a lot of people. They have a lot of options that make you feel like your character is unique to you. It’s a small personal touch that really makes you feel like you’re part of the world. With that in mind, here are some of the best looter shooter games that are available right now. This is a game that was made by Smilegate RPG and released by Amazon to a much better reception than their previous games. Lost Ark is a stylish RPG set in a vibrant fantasy world full of giant monsters and well-designed worlds. There are a lot of people who like Lost Ark because it’s fun to play and has beautiful set pieces like FFXIV.

It has screen-clearing magic, big meaty weapons that move like weapons from Monster Hunter, and one class that’s almost like Dante from Devil May Cry. Lost Ark has something for everyone. It’s worth it even if the servers broke down at the start. It’s also free, so you don’t have to pay to play.

In the early stages of development, Nightmare Reaper is worth your time. It’s an FPS-style Indie that looks like a classic FPS game. Ultraviolence from old games like Duke Nukem and Doom is turned up to 11 in this ridiculous and incredibly satisfying show of gore and solid gameplay. It’s a lot of fun to play.

Blazing Bit Games made this game. You have to get through the cursed depths of the Nightmare Realm. This game takes place in an ever-changing world filled with monsters that you can kill with a variety of unique and bloody weapons. Use coins you earn in fun arcade games to get more powerful upgrades and abilities. It’s a meat grinder of madness that’s easy to learn and has a good challenge to keep you going. 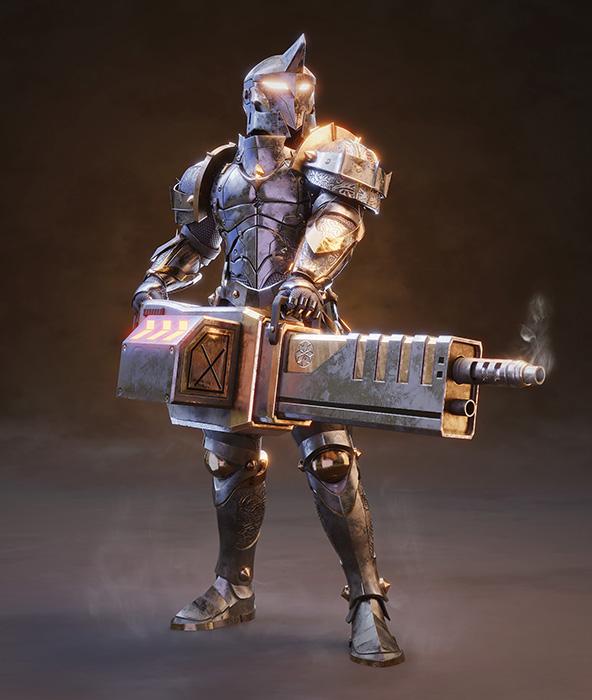 As long as you want to play a fun and free indie game, Gun Knight is worth a look. This free-to-play roguelike is very similar to Enter the Gungeon. It has a lot of different weapons to play with.

Though your starting pistol isn’t very powerful, you can quickly change it to have a bigger kick, a bigger magazine, or even use homing bullets with unique upgrades that can be found in the many rooms. Gun Knight is a simple Looter Shooter that you can download and play in your browser. It’s fun to play for a while, has good gameplay, and has a lot of depth for a free game.

As long as you want to play a fun and free indie game, Gun Knight is worth a look. This free-to-play roguelike is very similar to Enter the Gungeon. It has a lot of different weapons to play with.

Though your starting pistol isn’t very powerful, you can quickly change it to have a bigger kick, a bigger magazine, or even use homing bullets with unique upgrades that can be found in the many rooms. Gun Knight is a simple Looter Shooter that you can download and play in your browser. It’s fun to play for a while, has good gameplay, and has a lot of depth for a free game. There are always so many guns going off all the time. If you get tired of that, why not switch things up with Barbearian? Barbearian is a fast-paced, colourful, isometric roguelike game made by Kimmo Lahtinen. It has a cute art style and violent gameplay.

The Barbarian is a buff bearskin-clad warrior who takes on hundreds of randomly generated levels filled with lots of loot and new weapons. If you like big monsters that can turn the screen into projectile-filled hellscapes and an army-building mechanic that gives you a little extra help in a fight, Barbearian is a great indie game worth checking out. It’s also fun to play.

Doom-style FPS Necromunda: Hired Gun is coming from Streum On Studio. It’s a 40k-themed FPS with a hired gun. Bounty Hunter: Under the surface of a huge Hive City, you play a grizzled Bounty Hunter who hunts down tough targets for money and tries to figure out a dark conspiracy at the heart of the gangs in the criminal underworld.

Playing the game is very fast, but there are a lot of unique weapons from the Warhammer universe that fans of this grim dark world will love. In this toy box, there are a lot of different kinds of toys, from Bolters to Heavy Stubbers to Grav Guns, and even the classic Imperial Guardsmen Lasrifle. They can be found in chests or by taking down mini-bosses. Vapormaze is a game made by Felipe Rodrigues. It’s set in a dreamworld filled with robots, spiked traps, and other machines that want to kill you.

Vapormaze is a game with a roguelike style. Each run is unique and can usually be finished in less than an hour, so it’s great for a quick game break. Some of the weapons are bright and cartoon-like, and they’re all customizable and can be changed or upgraded as you go. Even if your run is cut short there are still ways to make yourself better for the next one. Some other fun things about this game: Bullets have their own rules, so they bounce off each other and make a mess.

This simple and stylish game is swimming in the seas of Indie. Endless Firepower promises to have a lot of guns, and it certainly does, because it has many guns. In the game, the developers say there are millions of guns that are made by the computer. Each one has a different model and is very different from the rest.

With a style that’s a little like Borderlands, this fast-paced shooter keeps you on your toes as you dodge laser-shooting robots and floating droids. Though it’s still in early access, what’s there is worth looking at if you’re looking for something simple with a lot of different things to do. There is a lot of loot in Borderlands, which is a first-person shooter game. The original game took place on Pandora, a planet that is known for having exotic alien technology that is often used to make weapons and sell it to the highest bidder.

One of four Vault Hunters is in charge of one of them. They’re out to find some of the alien loot and save Pandora from an evil corporation that wants to use it for its own evil plans.

Over time, you build up a huge collection of weapons, each with different stats and mods that can make a weapon do different things to your enemies. As the series goes on, the loot gets more and more diverse, making players want to shoot things all over again to see what new weapon they can find.

These games are definitely better than the ones before them, but all of them are a lot of fun.

For people who want to play as a badass, walking dead person who gets loot, this is the game. When you play Darksiders II, you’ll play as Death and go on a long journey to save humanity from the end of the world.

The second game in the Darksiders series has a few more mechanics than the first one, but it is mostly the same. Death’s skills and new weapons make combat feel a little different. There are many new things that you can do with your abilities, like make the dead come back to life, turn into a huge grim reaper, and so on.

War is by far my favourite Horseman in the first game and I think that makes it better than the second one. Still, Darksiders 2 is still a great game.

You should play Darksiders 2 if you like RPG elements in adventure games and you also like the first game in the series. Death is sarcastic and cool.