As long as the world keeps turning, technology will keep getting better. And as technology keeps getting better, game designers keep coming up with new and exciting ways to push the boundaries.

For years, that kind of innovation has only been on consoles and PCs. But the mobile gaming industry has started to catch up in recent years. First, the mobile app for a single player was mastered. And more than ever, game makers are making games for phones and tablets that can be played with more than one person.

With a mobile game being so easy to play, being able to connect with a friend and play together is a feature that can’t be ignored. So, game developers will keep trying to make it easier for mobile gamers to play games with other people, something that has already led to these great co-op mobile games. Some of the best mobile co-op games have an art style that is bright, cartoony, and fun. Crossy Road, which has been around for a long time, is one of the best games you can add to your collection of co-op mobile games. Crossy Road is basically a new take on the old arcade game Frogger.

In Crossy Road, you and a co-op partner can take your favourite character to the streets, rivers, and mountains of different places with you. Your goal is to get across the road, which means you have to get past a never-ending stream of obstacles and traps. This game’s co-op mode is easy to learn and a lot of fun.

Dragalia Lost is a huge action role-playing game in which humans and dragons live together. This game is actually made by Nintendo, and you can feel the polish and charm of Nintendo as you play. When it comes to co-op play, you and up to three friends can do raids together to kill scary bosses and get some top-tier loot.

With its quirky characters and many different ways to play, Dragalia Lost is a game that you can easily spend dozens of hours on. Even though you can play the game by yourself, the best part is when you play with other people. When you get to go on an epic adventure with your friends and dragons, it’s a lot of fun. 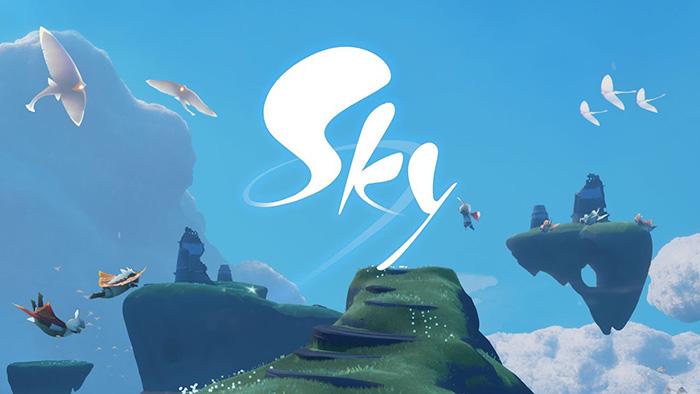 If the style of Sky: Children of Light looks familiar to you, that’s probably because it is.

Their newest game, which was made by ThatGameCompany, has the same stunning visuals as Flower and Journey, which were two of their most popular games. Sky: Children of Light stands out as a mobile game that is not only fun and beautiful to look at, but also one that you can play with a friend.

Sky: Children of Light’s multiplayer is based on moving through the world together without talking, just like Journey. However, ThatGameCompany’s most recent game expands its multiplayer options by adding parts of the game that can only be played with other people.

If you’ve been paying attention to the video game industry or even just social media in the past year, or if you haven’t been living under a rock, you’ve probably heard of Among Us. Since early 2020, the game has been the talk of Twitch, and it still is, both on PC and on mobile devices.

For first-time players, it’s great to know that Among Us on mobile is free to download. This makes it easy for you and a friend to play together and makes the game culturally relevant. You can play online with strangers, but the best part of Among Us is playing with people you already know.

BombSquad is a mobile app that brings together all the best parts of the old-school party video games you know and love.

Sure, you can play BombSquad by yourself, but it’s more fun to play with a group of friends than with a computer.

In king-of-the-hill-style minigames, up to eight people can play a series of minigames. Most of these minigames involve using explosives to blow up your friends. It could be the best multiplayer game for mobile devices (one with controller and keyboard support, too).

Around the same time that DOTA 2, Heroes of the Storm, Smite, and other popular MOBAs came out, the developers at Super Evil Megacorp (what a great name) gave the world Vainglory, which is another game in the same genre. The main catch here is that it’s made for mobile devices.

Even after seven years, Vainglory still stands out as a fun MOBA game that can be played with a friend or with a group of strangers online. Even though it came out in 2017—more than five years ago—Fortnite has stayed at the top of the video game industry.

It is one of the most popular console and PC games right now, and it is also the most popular mobile game. Like those console versions, the mobile version of Fortnite lets you connect with a friend, form a team, and jump into a game together, all from a mobile device.

It is still one of the best multiplayer games on the market, no matter what device you use, and it is much better than many of the mobile apps that try to add multiplayer features.

Death Squared by SMG Studio is a funny and fun puzzle game that is all about working together and making big explosions. You can play by yourself if you want, or you can work together with another player to solve the game’s 80 block puzzles. Even better, physical Bluetooth controllers can be used, so if your partner doesn’t like playing games with touchscreens, there’s another way to play that’s a lot more tactile. Rocket League is a popular car-based soccer game that you can play on PC and consoles. It also has team-based modes where you work with your friends to beat other teams. Well, the game’s creator, Psyonix, has made a mobile version called Rocket League Sideswipe, and it’s greatștiiștii.știi.știi.știi. It has the same kind of twitch controls as the console game, but you’ll play on a 2D plane instead of a 3D one. The game works with both controllers and touch controls, and it hasn’t even been made money off of yet, so now is the best time to jump in. People often say that this is a competitive game, but the fact that you can work with your friends to beat the other team means that it’s also a lot of fun to play with other people.