What are the best possession movies you can see right now if you’re a fan of the supernatural?

For decades, filmmakers have been captivated by the idea of demonic possession. In today’s horror movies, demons are still a major plot device, and the genre continues to draw a sizable following. There are many demon movies to pick from for moviegoers who want to delve into the world of evil spirits and horrifying contortionists.

Movies about demonic possession tend to be more successful at the box office than more traditional depictions because of the variety of methods that filmmakers can take to the story. Possession movies can be found on some of the most popular streaming services available to subscribers, and some are even free for viewers who don’t want to commit to a monthly subscription. If you’re a horror aficionado, these are the movies you should not miss. 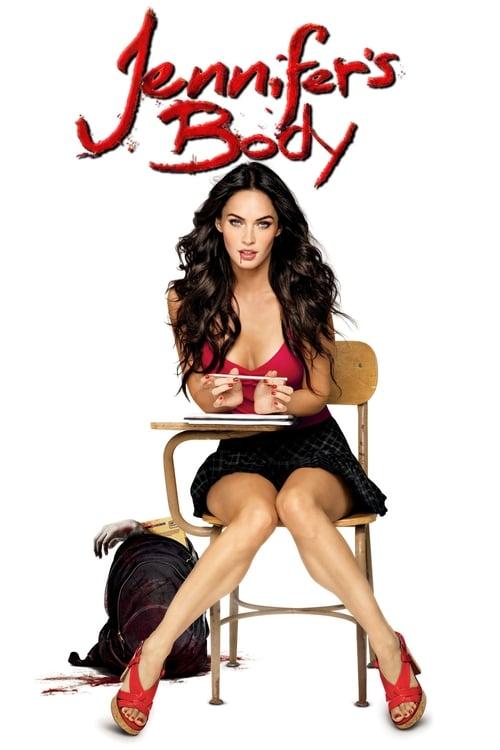 A cult has formed around the 2009 film, Jennifer’s Body, directed by Karyn Kusama. The film initially failed to connect with audiences, but its themes of a young woman’s sexual assault and death have received new significance in recent years.

A wicked and vicious demon succubus has taken residence in Jennifer’s body, and it is feeding on her classmates as her best friend struggles to live with what she has become.

German demonic horror film Luz follows the titular cab driver as she is suspiciously interrogated by police following an accident that leads to an evening of otherworldly torment in the police station.

As the film progresses, it becomes clear that Luz is being stalked by a monster she unleashed in her youth, which has taken on numerous forms as it tries to draw closer to her.

Horror filmDemonsfrom Lamberto Bava and Dario Argento is an Italian demonic possession horror film that begins with the playing of a horrific film in a freshly opened movie theater, which starts off a mass invasion of other-worldly demons who begin to terrifyingly control the theatergoers.

In a film laden with gore and brutality that will appeal to fans of comparable Italian horror classics, these demonic possessions come with dramatic physical transformations that spread among the attacked viewers as the theater gets swamped. The 1988 cult smash Night of the Demons, which follows a lot of traditional horror clichés as a group of teenagers attend a party at an abandoned funeral home that erupts into a demon-filled carnage, isn’t the best-reviewed demon horror movie fans have ever seen.

One of the partygoers is possessed by a demon, who then spreads the possession to everyone else, killing them all in a grisly spectacle that spawned a 2009 remake with the same name, but the original is still far superior.

While most films about demonic possession depict demons trying to take over a person’s body, some, like 1997’s Event Horizon, depict demonically possessed homes or an abandoned starship.

Starship Event Horizon, which has been missing for more than a decade, sends a distress call and rescue and salvage crews begin seeing horrible visions that indicate where the ship has gone and why it is returning for more victims.

An approach to demonic possession was taken in The Evil Dead by Sam Raimi. Students from Michigan State University traveled to a lonely cabin in the woods for the film. An ancient book known as the Natural Demanto, also known as the Necronomicon Ex-Mortis, was discovered in the cabin. There are demonic forces unleashed on the cottage after playing a recorded tape of incantations.

Taking possession is far faster than the creeping fear that occurred in The Exorcist. Demons assault the living by possessing college students. An especially disturbing sequence in The Evil Dead involves a tree and is often regarded as one of cinema’s most divisive moments. In addition to the demonic horror themes, subsequent films in the franchise have a stronger concentration on comedy. The Conjuring showcases James Wan’s mastery of the horror genre. The story revolves around a family who relocate into a new house and begin to encounter paranormal phenomena. Initially, it seems like a typical ghost story, but things soon take a dark turn.

To get to the bottom of what’s going on in their house, the family turns to the now-famous demonologists Ed and Lorraine Warren. As a demonic spirit takes hold of the matriarch, the family learns the dark past of their new house. A sequel and a number of spin-offs followed the original film. When it came to horrors and tension, the movie received high marks for mastering both with such finesse that the gory scenes felt well-earned.

With its low budget yet terrifying thrills, Paranormal Activity re-ignited the found-footage type film genre. The story revolves around a married couple dealing with unexplained happenings in their house.

They eventually get around to recording the “activities” of this mysterious entity at night. They find out to their disbelief that something extraordinary is genuinely taking place. This isn’t your usual haunting, though. A devil has taken up residence in their house and intends to possess the people who live there.

This film, like The Exorcist, was inspired by real-life occurrences in the town of Amityville, New York. The brutal assassination of the DeFeo family in 1974 by Ronald DeFeo Jr. served as a pivotal starting point for this narrative. An entirely new family enters into the house after the horrendous killings and, you guessed it, starts encountering weird and wonderful phenomena that they cannot explain.

Eventually, the father is driven to vengeance by an unknown force and kills his own family as a result of the haunting. The family’s attempts to flee the fury of the possessed patriarch account for the most of the terror. The haunted doll from the beginning of The Conjuring got its own spin-off film, and in fact got three different spin-off films. The second film in the Annabelle trilogy, Annabelle: Creation took place first in the doll’s timeline, according to canon.

Annabelle: Creation of a Monster follows a dollmaker and his wife after the tragic death of their only child in a car accident. At a later point in time, they decided to open their home to a Catholic orphanage. They eventually find a skeleton in their closet, although it’s more like a doll. Sadly, the doll is linked to a demonic entity searching for a host.

Taking a fresh approach to the haunting/demon possession theme, Insidious by James Wan is another one of Wan’s masterworks. In this film, a little boy goes into a state of catatonia for no apparent reason. Evil spirits are said to be surrounding him and causing bizarre events in his house.

While he sleeps, the boy is able to travel to another spiritual realm. When he goes too far one night, other spirits keep him back from returning to his physical form again. The family is terrorized by a demon and other ghosts as they attempt to seize the corpse of the catatonic boy.

As with the last film, The Exorcism of Emily Rose, this one is also loosely based on true occurrences. As the priest who performed Emily Rose’s exorcism is on trial for her death, the movie is structured from a litigious point of view. The testimony given throughout the trial sheds light on the entire ordeal.

As the priest describes the events in court, Emily’s possession is frequently portrayed in flashback. This was a wonderfully terrifying film, in the tradition of the best possession thrillers. A found-footage video captures a reverend’s attempt to establish that exorcisms are a hoax through the eyes of two witnesses. When asked about it, the reverend admits that he has performed fictitious exorcisms on persons who were mistaken about their demonic status.

A farmer calls for an exorcism because his daughter is killing his livestock, and the video follows the trio as they respond to his request for an exorcism. After this point, things just grow weirder and more scary.

As a result of Christian beliefs and practices, the majority of demonic possession movies originate. The Possession, on the other hand, takes a slightly different tack, focusing on the Jewish mythological dybbuk box.

Once the box is in the custody of a young girl, the wicked spirit that dwells within it begins to feed on her family’s tumultuous situation, which has been exacerbated by her parents’ poor relationship. Jeffery Dean Morgan stars in the film as a figure that many horror fans are unfamiliar with. Because of Sam Raimi’s and Robert Tapert’s work on the film and his performance, it has become one of the best PG-13 horror films of recent years.

When a family moves into a house that was previously occupied by a serial killer who looks to be possessed by a demonic power, their lives are forever changed.

The story isn’t so much about possession as it is about the family at the center of the story, and as a result, there’s more room for the dramatic tension that heightens the tension in the horrifying scenes. Even without the demons, this is one of the scariest demon flicks of all time, because to its gruesome conclusion. Even the most jaded of horror movie fans will remember Pruitt Taylor Vince’s portrayal as the scary killer Raymond Smilie.

Despite its cult status among horror moviegoers, Noroi stands as one of the greatest and most terrifying depictions of demonic possession ever produced.

It is a captivating and sweeping story about unexplained supernatural phenomena and possession through the use of documentary footage from a paranormal researcher. If you’re a horror fan, this is a must-see. It’s also recognized as one of the best demon films and one of the best modern horror films. Many John Carpenter films are underappreciated, and Prince of Darkness remains one of the most unfairly ignored from his game-changing oeuvre..

As a group of scientists and students analyze a terrifying cylindrical container that an ancient literature identifies as the physical incarnation of the devil, it examines demonic possession from an exceptionally scientific standpoint. It has a special character because of its unusual mix of philosophical notions and corporeal terror.

When discussing the best possession films, The Exorcist is undoubtedly the first name that comes to mind. The story traces the decline into possession of a 12-year-old girl by the demon Pazuzu. When it first came out, the movie frightened the pants off of many.

Pazuzu’s demonic face is shown in a blink-and-you’ll-miss-it demonic glow by the film’s directors. Fear-induced nausea was a common reaction among audience members in the early 1970s.

William Peter Blatty, the original author and screenwriter of The Exorcist, brought some redemption to the franchise’s image in 1977 with an adaptation of another of his novels, Exorcist II: The Heretic.

With a focus on the original character of Father Karras, Blatty’s dialogue-driven method allows for most of the scares to come more from a collision between philosophical concepts and the audience’s imagination. The Exorcist III is both a frightening and theologically interesting experience. 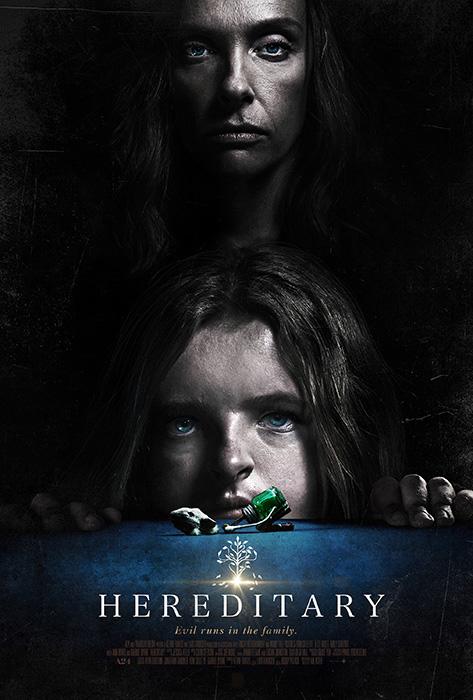 This chilling film portrays a demonic entity invading a family and attempting to take control of its host. The story revolves around Annie Graham, a single mother of two teenagers, one named Charlie and the other named Peter. Immediately following Annie’s mother’s death, an evil force infiltrates the house, affecting Charlie deeply.

The rising demonic terror that unfolds in the second half of the film is sparked by a catastrophic family incident that occurs midway through the film. This film features some of the best acting I’ve ever seen. If you’re seeking for the scariest demon movies, you can’t miss Hereditary on your Halloween horror movie watchlist.