The social grace of a minnow scurrying through underwater obstacles is what some people seem to do when they’re at a party. The problem is that many of us act more like tadpoles, bumping into each other in a weird way. Fortunately, there are a lot of apps and games for parties that you can play on your phone that are cheap or free and great for getting people to talk to each other. This means that you can make your parties more friendly for introverts. Parties can be scary for me, even though I’m not exactly a “wallflower.” I tend to look for pets or art that I can focus on to keep my attention “Oh, that’s your dog. Two hours? “.

This is what you need for a good party game: easy to understand. A lot of interaction time, and the chance that you will say or do something stupid or embarrassing that your friends will remember for years to come. I’ve looked at some of the best party game apps with this in mind. If you don’t want to spend money on in-game purchases, most of them are cheap or free. When you think about how much a typical adult board game costs, it’s a great way to add party entertainment on a budget. People love this game app because it’s a new twist on old “guessing” games that people play with their friends. Your friends can see what you’re writing on your forehead, but you don’t know what it is. They give you hints or act out what they’re writing to show you what it looks like. Only one phone is needed for the game, and it’s very easy to learn. It also encourages people to play together and be silly, and it’s fun.

What Would You Choose?

You can play this game with your friends as an update to the “would you rather” game (or way of passing the time on road trips). Game: The problem is that it always ended in a lack of ideas (personally, rounds of this game with my brother would always end in “would you rather eat farts or eat snails,” a riveting question for the ages). This app takes care of that, with a huge number of randomly chosen pre-written questions of almost infinite variety that you can use. Family-friendly, too, so you won’t have to worry about any awkwardness at your family BBQ. Like the “What Would You Choose?” app, the Truth or Dare app lets fate decide what topics or challenges you choose to do (or the app developers). It makes the game a lot more fun and judgement-free, and the app lets you choose between more risqué topics and topics that are a little less risque. I like it because it’s easy to use, has a good rating, and is very cute and cute

In this game, you have to name a list of things that fall into a certain category in five seconds. It’s easy and fun to play. People almost always say something weird or embarrassing when they have a short amount of time. That’s what makes it so much fun. You can play the game for free, but they’ll try to get you to buy an ad-free version for $5 a week or $15 a month. It may seem like the only way to use the app is to sign up for the “3-day free trial,” but you can play the game with ads even if you don’t.

The concept of this game is a sort of high-paced automated Family Feud: players are given a question and try to shout out what they think are on the answers list, while a scorekeeper marks off their correct answers on the phone. If there are any disagreements with the referee, you can play back audio from the game to settle them. In teams, it’s a great way to bond at a party.

Out Of The Loop

This is a fun game that makes you learn how to be deceitful (and it may not be for those with a serious case of FOMO). When the phone is passed around, all of the players get the same thing (like “hamburgers”). One person is “out of the loop,” but he or she has to act like they’re “in the loop.” In order to figure out who is lying, the game then asks players to ask each other questions. For example, “Katie, can you take a bath in these?” I’d say yes either way.

This game is called “reverse” charades because the whole team acts out the word while one person tries to figure out what it is. It’s also very flexible, letting you choose how many rounds there are, how many teams there are, and how long each turn lasts. To play, you don’t have to pay. You can buy extra card packs in the game’s app. People at the party have to quickly say things in a group (like “Bravo!”). As a bonus, it also lets users make “custom challenges,” where they write their own questions. This could be a lot of fun, depending on how naughty you are!

The Angry Birds franchise has spread all over the world. It’s hard to find a game now that doesn’t appeal to mobile gamers. Our favourite foods are the old ones. If you want to play an Angry Birds game, you can do that in Angry Birds 2. 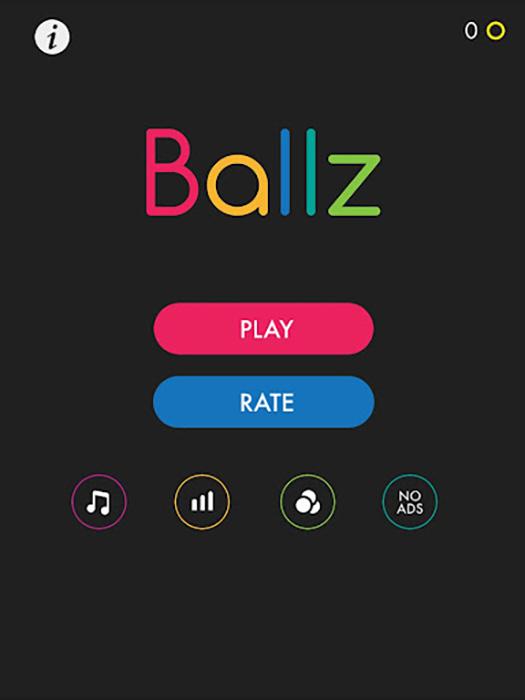 Breakout was a popular arcade game in the 1980s. While Ballz isn’t a direct copy of the game, it does follow some of the same rules. To break the blocks, you must use your balls. It’s a great way to pass the time.

Brawl Stars is a mobile-first battle royale game that focuses on 3v3 fights over many game modes. Unlock and improve different characters, complete quests, get items and power-ups, get unique skins, and find new places.