This game, Ace Combat 7: Skies Unknown, has brought Bandai Namco’s popular combat flight simulator series back to the top of the game. This isn’t the first time the series has been thrilling. It broke out of its niche during PlayStation 2’s glory years. Even though there have been a lot of mobile and handheld spin-offs, the majority of the games have been made for consoles.

This time, let’s go down memory lane and rank the main Ace Combat games from worst to best. When someone looks at the structure of Ace Combat, they don’t think of an action game that would be good for a free game right away. That’s not the case with Bandai Namco, though. In 2014, they tried to make free-to-play games of their popular franchises. In the same way that Tekken Revolution and Soul Calibur: Lost Swords didn’t do well, Ace Combat Infinity didn’t do well either. It didn’t give fans of the series a good experience because it was so small, and casual players didn’t like how it was made free to play.

In Japan, the series was called Ace Combat. In late 1996, the series was called Air Combat in North America, and it came out in late 1996. The first game didn’t look as good as Warhawk, but its fast-paced gameplay made it a fan favourite. This early PlayStation game hasn’t aged very well, but it’s still a fun way to look back at gaming history for people who want to play it again someday. Ace Combat 3: Electrosphere gets a bad grade because Bandai Namco did an absolutely terrible job with the game’s international release. Even though the game came out nearly a year after the Japanese version, the company decided to remove the innovative 52 mission campaign that had different paths over two discs. Rather, in the international version, there were 36 missions that didn’t have a story or cutscenes. It’s one of the worst translations ever, and it should be redone properly so more people can enjoy its six different endings (one of which is an incredible twist that breaks the fourth wall).

The PlayStation 2 era of Ace Combat came to an end with Ace Combat Zero: The Belkan War. It was a good, but not great, game. It was mostly interesting because it was a prequel to Ace Combat 5, but it didn’t have a lot of new gameplay. There isn’t much to complain about when the action is still fun, so more of the same isn’t that bad. You can still skip this one, though. If your favourite thing is reading stories, then you can skip this one. Assault Horizon was set on real Earth instead of in a fantasy world like the rest of the series. Players could fly across a lot of cool places, like Miami, eastern Africa, and Dubai. It had a few things that were the same, like close range attacks, but it was still a fun game. It’s also one of the most beautiful games in the series, only being bettered by the new Ace Combat 7.

At a time when most people were playing the Xbox 360, Ace Combat 6: Fires of Liberation was one of the first games to be made in high-res. It was also the first game to have online multiplayer. At the time, this was enough to make fans happy. However, the gameplay hasn’t changed much from the last generation, and the graphics now look old instead of impressive. It hasn’t aged well, even though it was a good game when it came out. 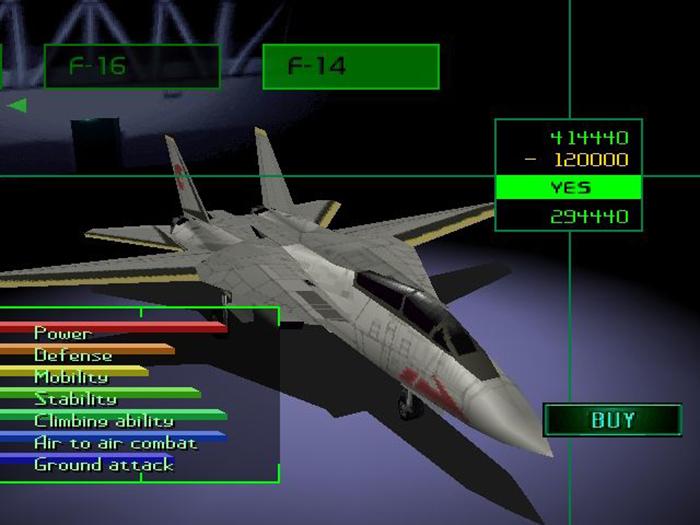 This is when the series started to shine. Ace Combat 2 is the game that started it all. It did a great job of building on its already solid foundation to beat the game called Warhawk and become the consoles’ best combat flight game. It also looked better than its predecessor and had better artificial intelligence that made the dog fights even more exciting than before.

After Zero, several countries were already split apart by the events that happened. In The Unsung War, these countries are now at war after already being divided by the events that happened in Zero. The most impressive thing about it is how well its story and gameplay fit together. The missions always helped move the story forward, which was something the series had trouble with in the past.

It also has a lot of gameplay changes, like the ability to interact with wingmen. It’s basically the blueprint for how an Ace Combat sequel should be made because it builds on the previous game while also adding its own unique elements. There are two games in this series called Ace Combat: Joint Assault. The first one was made for the Sony PSP. If you played Ace Combat X: Skies of Deception, you’ll have to figure out how to play this game because the L2 and R2 buttons were removed from the controls. There is still a lot of great flying action after you get your controls down, but it doesn’t get any better than this: The only thing Ace Combat: Joint Assault has going for it is the fact that it is a video game. This game has a lot of boring missions, a ridiculous story about insurance scamming, and a lot of fake difficulties. Oh, and it’s not set in Strangereal, so there’s no connection to the show’s history. The only thing worth seeing in this game was a mission where you had to fly a 747 through a canyon while being shot at by other people.

It was in 2005 when Ace Combat: Advance came out. This was the first time the series was played on a handheld console. As the title suggests Ace Combat: Advance released on the Gameboy Advance and due to the limited hardware the basic game design is different than every other entry. Instead of full 3D flight, AC:A shows the action from the top down. It’s very different and not at all impressive, but it’s a great way to pass the time. It might also be the hardest Ace Combat game until you figure out how to play it right. Once you get a grip on how everything works you can finish the whole thing in under 2 hours. This is the only game in the series that was never released in Japan, which is an interesting fact.