The Last Kingdom is a British television series based on Bernard Cornwell’s historical novels. There are six books used as source material for each of the three available seasons. The story centers on Uhtred, a young man tasked with taking over as Bebbanburg’s ruler after his father dies. As it turned out, pagons had taken over the kingdom and changed everything. Ragnar captures Uhtred after killing his father and raises him as his son.

Those who have nothing to lose because they’re not afraid of death are the most dangerous people in the world. They, on the other hand, appear to welcome it. Young Uhtred had everything smashed in front of him, but life gave him a second chance. In order to avenge Ragnar and reclaim his homeland from an uncle who has usurped it, he must take up arms. While trying to overcome all obstacles, the story takes him back and forth between these two distinct worlds. Uhtred may be the one to finally unite the nation of England, which was once divided into seven separate kingdoms.

Action scenes are so well done that you’ll be cheering on the brave soldiers as they march to battle. It’s heart-pounding and realistic at the same time because the show doesn’t hesitate to kill off major characters. Netflix has ordered a fourth season of The Last Kingdom, so if you haven’t seen the first three, now is the time. Here’s a list of shows that are as good as or better than The Last Kingdom while you wait for the next season to begin. 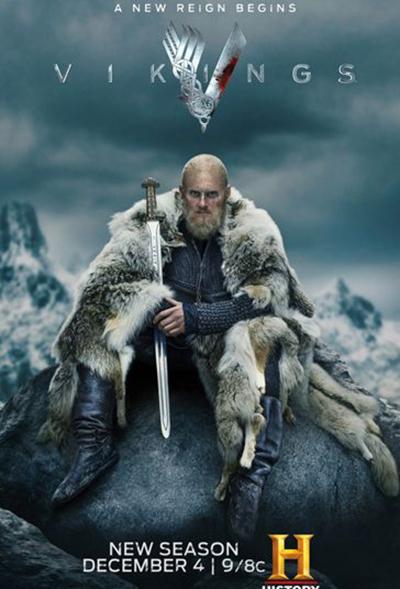 Without Vikings, the list of shows about Norse folklore would be a little incomplete. People have compared the show to Game of Thrones, which has been a huge hit on TV since it debuted in 2011. Ragnar Lothbrok is a simple farmer who lives with his family. As it turns out, he has a lot more to offer than meets the eye. As a result, Earl Haraldson has put him at odds with the local ruler, the Norseman, who wants to explore new lands and continents.

Five seasons of the show have already been aired, and it has built a sizable following. Ragnar, played by Travis Fimmel, is unquestionably one of television’s most intriguing characters.

Despite the fact that Ragnar Lothbrok was a real historical figure, it has been suggested that the protagonist is a composite of various Viking personalities. Although the show is known for its heart-pounding action sequences and fantastic character development, it lacks historical accuracy. Also, some characters in Vikings question the existence of their gods. You’ll remember all the characters’ names by the end of the first season, even though there are a lot of people to keep track of. Vikings is not a show about good guys vs. bad guys; it’s about people trying to find meaning in their insignificant lives through any means possible. Without having seen it, you’re missing out on one of the best TV shows ever. Everyone knows about the Italian explorer Marco Polo and his journeys across the world. Action scenes and cinematography make this show a must-see for any fan of action films. Kublai Khan betrays the adventurer and offers him as a prisoner in exchange for his release. In time, he adapts to the new lifestyle and begins to learn about the customs of this new environment. The only flaw in this Netflix original is that it was cancelled after two seasons.

The quality of the show was evident from the fact that even well-versed history buffs seemed to enjoy it. Following The Last Kingdom, our protagonist must choose between supporting his father who betrayed him or the brutal Emperor who has taken in him as his son. However, life isn’t always simple, is it? We are defined by the choices we make, and our lives are shaped by those choices.. Learn about Marco Polo’s mind as well as the world around him by watching this great explorer. The concept of “powerful women” gets a whole new meaning in this Netflix miniseries about strong women. Roy Goode, a former member of Frank Griffin’s gang, has betrayed them and is now being hunted by Griffin and his gang. Goode is stranded in a strange town where he is the only man. The town’s caretakers have been taken over by the women. Unlike most men, these women have a different strategy in mind when it comes to Frank. With so many enemies fighting for survival in this desolate town, it’s impossible to tell when the hunter will become the hunted.

The show accurately depicts the power of a group of powerful women working together. Jeff Daniels, best known for his role in Dumb and Dumber, plays the villain in this film, and he does a fantastic job. You’ll be compelled to watch every episode in order to find out what happens next in this addictive series. Additionally, the soundtrack is a wonderful evocation of the classic westerns of the past. This means that Godless is a complete experience.

So pick a day and see how the cowboys used to settle their disputes in the old days. And for those who claim that westerns aren’t made like they used to be, you should check out Godless to see if your expectations are met. 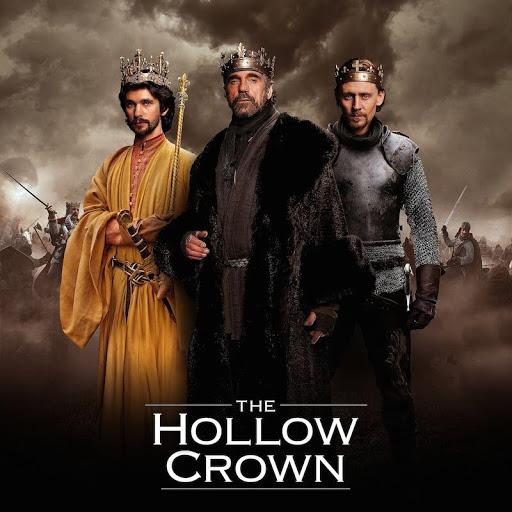 “The Hollow Crown” is a cinematic adaptation of William Shakespeare’s history plays, based on his own thoughts. A look at the list of stars who have appeared on this show should tell you all you need to know about its quality. The performances of Tom Hiddleston, Patrick Stewart, and Benedict Cumberbatch are excellent. Despite the fact that only two seasons are currently available, the show hasn’t been officially cancelled, so more episodes are possible.

As common as road accidents in ancient times, wars and famine haven’t changed all that much since then. People are still willing to kill each other over the most insignificant of issues. All that has changed is that they used to squirt blood in plain sight. Violence is now carried out in relative anonymity.

Who knows what will happen to soldiers when there are so many dead bodies to be haunted by the ghosts of their victims? The Hollow Crown doesn’t have a single protagonist, unlike most television shows, because it devotes equal time and effort to each of its major characters. All in all, it’s hard to go wrong with anything by Shakespeare. Is there anyone who doesn’t enjoy reading about pirates? Since the release of the Pirates of the Caribbean films, these seafaring rogues have become a household name. Throughout the course of the film, we see Captain Flint and his crew dealing with a variety of challenges, both on and off the water. In the eyes of the general public, Flint is a ruthless pirate who will stop at nothing to ensure the survival of his people.

Because of the show’s reputation for over-dramatizing its characters, everything that happens on-screen appears to be even more spectacular than usual However, this does not imply that the show lacks depth. Black Sails, despite its steamy scenes, is a substantial film that you’ll want to savor for a long time.

While the life of a pirate isn’t an easy one, at least there’s the inherent freedom of sailing the open seas. It isn’t a problem for them because they have no one to answer to but themselves. When you look at these buccaneers, the word “freedom” takes on an entirely new meaning. By the end of the second season, you’ll be glued to your seats because so many new characters have been introduced. The pirates of the Golden Age of Piracy will take you on a tour of their wild lifestyle as you ride along for the ride. Leonardo Da Vinci-painter, engineer, sculptor, and inventor are just a few of the many words that can be used to describe him. Nevertheless, let’s take a look at Da Vinci’s Demons to see what he did on his days off. Even if it’s not historically accurate, the show is still fun to watch. During this fictionalized account of the Italian artist’s life, we get a glimpse of a curious and adventurous mind.

Because of the use of his inventions in killing people, Leonardo has no choice but to take care of Florence. At the same time, he meets a stranger who claims to know something about his mother’s whereabouts.

It’s a treat to see one of the world’s most brilliant minds in action. Season one is undoubtedly the best of the three available, and fans seem to agree.