There is always at least one or should I say two characters in the world of anime and manga who stand out due to their very distinctive characteristics. To add to their allure, these characters often have intriguing backstories and distinct personalities. And then there’s the Twins trope.

One weird thing about anime twins is that they are always seen as a great team since they can rely on one another and always have one another’s backs. And because of this need, they attempt to connect both physically and intellectually whenever feasible. Twins are often used as supporting or even primary characters because of their shared link.

When it comes to twins in anime, they may share some of the same preferences or even say the same things, but they are still two distinct individuals. Regardless of what some think, anime tends to do a good job at depicting twins. With anime, the twin’s trope possibilities are unrestrained, unlike in live-action films. That being said, here are our top picks for anime’s best twins. Hikaru is the older of the two twins, but Kaoru comes out as more mature and level-headed. Kaoru is playful with Hikaru, but when he is alone with Haruhi Fujioka, his love interest, he becomes more serious and altruistic.

In comparison to his brother, Hikaru appears to be more mature, but in reality he has trouble controlling his emotions and interacting well with others. Hikaru also has a problem with being overly protective of everyone in the group, notably Haruhi Fujioka, whom he is also in love with. “

Ryou’s overly quiet nature frequently causes her to be overshadowed by Kyou. Kyou is typically her go-to social companion; yet her social circle extends beyond just the two of them. I don’t think Ryou can cook. To keep up with her sister, she nevertheless manages to complete other household duties.. She enjoys fortune-telling as a pastime, but her forecasts are frequently incorrect.

Kyou is a strong-willed and confident girl who is regarded as an older sister by her peers. She has a high-energy attitude and is constantly looking for methods to keep her entertained. Kyou appears to be a conscientious student, yet she frequently flouts school rules by bringing dogs to school or riding a motorcycle. Along with Rem’s maid, Ram is an Oni as well. In her village, she is referred to as the Oni God’s reincarnation due to her amazing abilities and power. At her own pace, Ram enjoys undertaking tasks.

As a maid with her sister, Rem is an Oni, a type of demon. To maintain her fictitious image as a decent maid, she speaks sweetly. Because of an incident involving her sister in the past, Rem suffers from a sense of inadequacy.

Despite his charming and innocent demeanor, Tsukasa may be somewhat dimwitted. In spite of her abilities in the kitchen and other household tasks, Tsukasa struggles academically. When it comes to skilled jobs like texting, she relies on Kagami’s assistance.

Her personality is tsundere and rather egotistical. Cooking and cleaning are two of her least favorite domestic tasks. With the exception of her closest friends, Kagami finds it difficult to open up about her sexual orientation to others because she is both intolerant and straight. In her freshman year of high school, Yuuko was one of the top ten pupils, according to her teachers. She’s conceited and conceited, and she’s quickly enraged. As a result, she disguises Hideyoshi as a fellow student in order to maintain her “model student” image.

Hideyoshi is a fraternal twin, yet people frequently mistake him for a girl because of his feminine appearance. It’s rare for Hideyoshi to lose his cool when someone mistakes him for a woman, but that’s exactly what happens when someone does. In the school’s Drama Club, he is cast as a female character due of his looks.

Rin is Satan’s son, and he aspires to become a Knight Meister in order to vanquish his father and become a Knight of the Round Table. Rin has a heart of gold and is always there to lend a helping hand to those in need. His brother and adopted father are two people he admires and respects greatly. When it comes to fighting, he has a lighthearted approach, yet he doesn’t hesitate to turn serious.

Yukio is a thoughtful and thoughtful individual. Exorcist qualification exam: he’s also the youngest person ever to pass it. Rin’s antics cause Yukio to have mood swings, which he can’t control. While Yukio adores Rin, he is frequently enraged by Rin’s reckless disregard for his own safety. As a person, Kururi is quiet and reserved. She prefers to use short, punchy sentences when speaking with people. Mairu’s older sister, Kururi, acts as a buffer between the two of them. Kururi is a devoted student of the martial arts.

An enthusiastic and cheerful character is Mairu’s trademark. Encyclopedias, mangas, and pornographic magazines are her favorite pastimes. Mairu is also a student of karate and a good combatant. In general, she has a playful demeanor but is serious when it comes to dealing with actual harm.

Despite her charming and innocent appearance, Kotone is a vicious and obsessed person. Those who have had bad luck in their lives have a special place in her heart. When it comes to these kinds of people, she’s on the level of a stalker.

Because of her capacity to detect the otherworldly, Akari has developed a tsundere demeanor and avoided interacting with others. She adores and fears losing her sister in the event of their parents’ divorce. 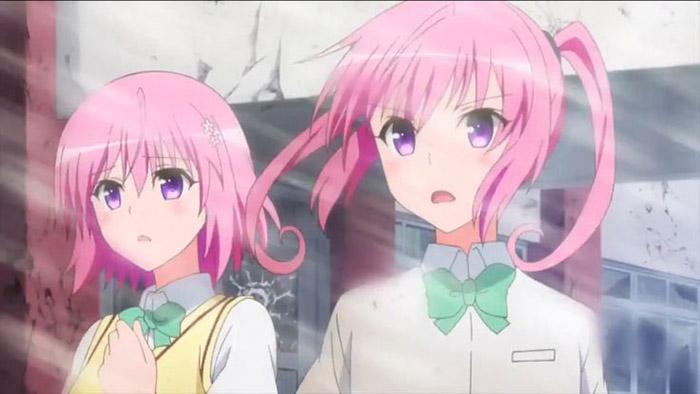 Momo is the planet Deviluke’s third princess. Botanists call her a genius because of her unusual ability to speak with plants. When she’s alone, she often imagines herself and Rito together in various scenarios.

Nana is the planet Deviluke’s second princess. She has a rough and tumble personality, but beneath it all, she is a kind and generous person who is always willing to provide a helping hand. Several times, she risked her own life to save a loved one.

Riko is a sporty student who is always willing to lend a hand to local sports teams in need of a fill-in player. However, she struggles academically and believes that passing a test is entirely dependent on good fortune.

Ako is a bright and capable student who also happens to be an excellent cook. Her school’s student council has named Ako as its general manager. To set an example for her peers, she strives to present herself in a refined and dignified manner.