Since the invention of motion pictures, Hollywood has glorified the skill of selling, from the legendary Fuller Brush man lugging a bag of goods in the 1940s to a slick young corporate raider trading stocks in modern brokerage firms.

The psychological chess match between buyer and seller captivates spectators because of its suspense and intrigue.

Because of this, whether you love comedy or drama, you’re guaranteed at least one movie from this list that you’ll appreciate. Robert Zemeckis’ absurd sales satire stars Kurt Russell as a hotshot used car hustler with aspirations of running for state senator. With Russell’s quick-talking charm and easy charisma, this brilliantly filthy comedy has the same vitality it did 35 years ago, even if it is a parody of itself. Russell transforms his character’s often-repeated mantra “Trust me!” into a mantra that every excellent salesperson would do well to master with nothing more than a high-wattage smile and a bucket of car primer.

As a made-for-television movie, this Emmy-winning adaptation of Arthur Miller’s classic play debuted on CBS. Dustin Hoffman’s tremendously poignant portrayal of the doomed Willy Loman, brilliantly supported by John Malkovich and Stephen Lang, brings Miller’s terrible fable to tragic life. “Death of a Salesman” is a devastating depiction of a man whose reluctance to change proves his undoing through door-to-door sales. Robin Williams delivered a strong performance in the ironically named “Seize the Day” three years before he taught his students the motto carpe diem in “Dead Poets Society.” Williams nailed every element of Saul Bellow’s famous novel as a middle-aged Jewish salesman in the 1950s. PBS originally aired this heartbreaking and emotionally honest depiction of a man whose natural sales skills fail him at the worst conceivable time.

J.C. Wiatt (Diane Keaton) is a self-described “Tiger Lady” who is so focused on her profession that she barely has time to savor her surroundings. High-powered management consultant finds out the hard way that parenting a child takes more grit and determination than negotiating a million-dollar contract. Overwhelmed Wiatt buys a run-down farm after being laid off from her work, but it’s when she starts selling her own line of organic baby food that she finds her true calling. “Baby Boom,” a heartwarming story of entrepreneurial innovation, shows how a setback can be an opportunity in disguise in business and in life. This period piece about two competitive aluminum-siding salesmen, directed by Barry Levinson, perfectly captures the spirit of the 1960s with its exquisite production design and rich cast of characters. “Tin Men” depicts the moment when Baltimore’s newly founded Home Improvement Commission cracked down on fraudulent sales tactics. A familiar set of golden arches is being raised in the distance as a signal of an important new business venture as the film’s hilarious finale concludes with our disgraced heroes driving out into the unknown.

For anyone who has ever tried to seal the deal, “Coffee is for closers” is a phrase you’ll never forget from David Mamet’s misanthropic masterwork about a gang of desperate salesmen working in a Chicago real-estate firm. Kevin Spacey’s cold-blooded smarm has never been more successful than when he plays the manager in charge of handing out potential sales leads. However, Al Pacino’s portrayal of smooth-talking Ricky Roma, for which he was nominated for an Oscar, is the real star of the show. It’s both horrifying and exhilarating to see him con a gullible customer into purchasing acres of worthless land. It’s evident from Mamet’s cautionary tale that sometimes you have to sell your soul in order to get a deal done. This raucous comedy about a lovable imbecile trying to preserve his family’s business was an unexpected box office hit thanks to Chris Farley’s physical humor and David Spade’s caustic sarcasm. In spite of the obscene jokes and gross-out gags, “Tommy Boy” genuinely represents the beginnings of a successful salesman’s career. Customers engage with businesses through more than slogans and firm handshakes; it is about listening to their needs and responding with genuine empathy. Farley is tasked with keeping his company solvent by creating enough new business. Not setting their desks on fire while yelling, “Holy Schnikes!” also helps.

The role of Eddie Miller, a veteran traveling jewelry salesperson forced to retire early due to a heart attack three years after his Oscar nomination for “Jackie Brown,” was one of Robert Forster’s greatest performances. The widowed hero is assigned by his company to teach a younger replacement, and as their strange friendship grows, they find themselves at a dilapidated massage parlor where a second chance at love may might be waiting for our hero. The little-known “Diamond Men,” which is equal parts road movie and character study, is a hidden gem just waiting to be discovered. “Lord of War,” a film loosely based on the story of a notorious weapons dealer, suggests that selling AK-47s to African warlords isn’t all that different from selling orthopedic shoes to the elderly. It all boils down to treating your customers with respect at the end of the day. Nicolas Cage plays a small-arms dealer who progresses from selling handguns in his New York neighborhood to delivering guided missiles to renegade nations in this darkly comedic thriller. In the end, Cage’s tired merchant of death admits that he’s not in it for the money; he’s simply skilled at what he does and enjoys doing it.

While the movie “Death of a Salesman” portrays sales as a fruitless endeavor, this uplifting play portrays it as a rewarding and life-altering career. Will Smith was nominated for an Academy Award for his work as Chris Gardner, a struggling salesman who finds himself and his young son homeless following a string of bad luck. The movie follows Gardner’s relentless quest for a better life despite numerous failures and hardships as he lands an unpaid internship at a brokerage firm.

Jake Gyllenhaal plays an ambitious pharmaceutical rep who slips through the cracks because of his scrupulous work ethic and inability to take no for an answer, in this romantic drama based on the nonfiction biography Hard Sell: The Evolution of a Viagra Salesman. The film’s unusual look at the competitive world of medicine sales, despite its marketing as a love story, makes it worth seeing. In spite of the morally questionable methods of the company in which he works, we can’t help but root for Gyllenhaal because of his puppy-dog appeal. Those who watch Parks and Recreation will enjoy this low-key chuckle about insurance salesmen, but anyone who has endured a long business convention will identify with it. Funnyman Tim Lippe, played by Ed Helms, is an innocent insurance agent who has never stayed the night in a hotel before. When Tim is sent by his firm to attend an important convention in the “big metropolis” of Cedar Rapids, Iowa, his intrinsic cheerfulness has a transformational effect on the pessimistic salespeople he spends the weekend with. ‘Cedar Rapids,’ a charming comedy about workplace friendship, is well worth a trip to the theater.

The true story of Billy Beane (Brad Pitt), the general manager of the struggling 2002 Oakland Athletics baseball team, is told in this Oscar-nominated film. Beane pioneers the sabermetric method to baseball recruiting with the support of Peter Brand (Jonah Hill), a recent Yale economics graduate. At every turn, Pitt’s Beane is forced to defend his unconventional methods of team building to the team’s scouting staff, management, and even some of the players themselves. Big bets, challenging the norm, and maximizing limited resources are all themes that all salesmen have encountered at some point in their careers.

“Joy” tells the story of Joy Mangano, a great entrepreneur. Jennifer Lawrence plays Joy, a divorced mother of two who works as an airline reservation clerk. QVC provides Mangano a telethon spot for her self-wringing mops, which is her big break. Due to poor salesmanship, the commercial fails. Mangano puts up a fight to be the face of the infomercial, and she soon finds success. To be successful in the music industry, you must have an intimate knowledge of your target market and be willing to put in the time and effort to learn about it. 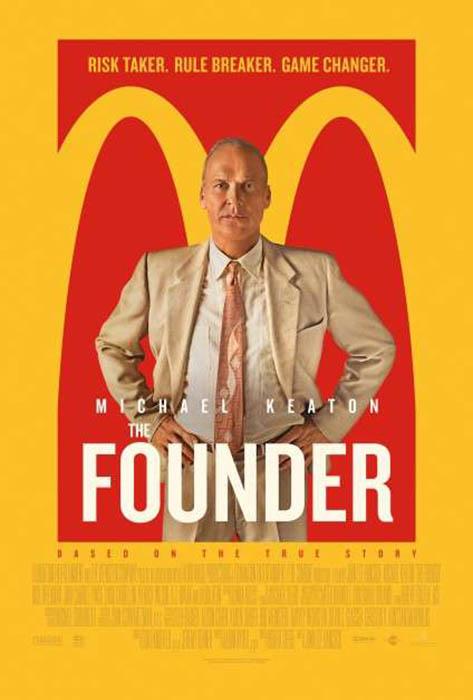 Fast food pioneer Ray Kroc is a 52-year-old milkshake machine salesperson. With the help of Dick and Mac McDonald, “The Founder” relates the narrative of how Ray Kroc came to own their burger joint. “Whatever it takes” is a philosophy that has propelled many entrepreneurs to greatness, and Michael Keaton as Kroc in The Karate Kid is a good example of this. In addition, you’ll be hungry a cheeseburger by the time you’ve finished it.

Aggressive brokers in the “boiler room” sell to naïve consumers over the phone and are rewarded with mansions, sports vehicles, and other high-end items. He plays Giovanni Ribisi, who works as a broker in an investing firm in an unnamed suburb. His father’s approval has returned to him as a result of his new work and well-paying income. However, he is forced to make a difficult choice when he learns that the company is not entirely real.

Jerry Maguire, Tom Cruise’s portrayal of a sports agent who experiences a moral awakening and then loses his career because of it, is one of the actor’s most well-known portrayals. To help him get back on his feet, his old secretary and one very challenging athlete (played by Cuba Gooding Jr., who won an Academy Award for his performance) join him in creating a new life and a new management firm that most new business owners can identify with. A new generation’s Wall Street, Jordan Belfort depicts the true story of Belfort’s rapid climb from an entry-level broker on Wall Street to the fortune-hunting owner of his own firm. In the end, Belfort’s empire of excess was only his first act, yet audiences may still leave the film believing that Belfort’s downfall was simply the beginning of his demise. Warning: the video that follows is explicit.

He has two days to sell a dozen automobiles in order to pay back his debts, and Robin Williams portrays Joey O’Brien. Most salespeople might think this duty is challenging enough, but when the husband of the dealership secretary holds the dealership hostage in order to discover why O’Brien is having an affair with his wife, things get even more complicated. If Don Ready has what it takes, he’ll utilize it. An amazing salesperson (Jeremy Piven) is needed to save a car dealership from bankruptcy during the Fourth of July holiday. Comedy gold ensues when the weekend goes awry and Ready knows he’ll have to get creative to make it work.