Russian cinema, in my opinion, is vastly underappreciated. Since Russia is home to some of the world’s most talented filmmakers, it is no surprise that their work offers a distinct perspective on life in this vast landmass. Here you’ll find films filmed during and during the Soviet era that portray life in the shadow of communism, where poverty and corruption are pervasive. Warning: Some of these films are not for the faint of heart, but they don’t hold back when it comes to depicting Soviet and post-Soviet life as it really was.

10. The Cranes are Flying 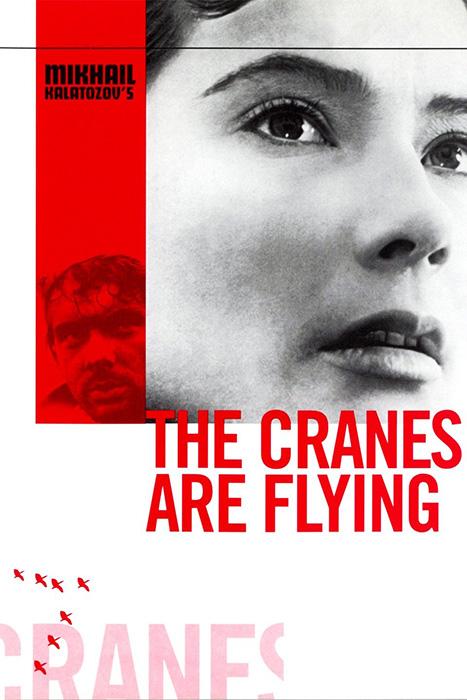 In 1957, the Soviet film The Cranes are Flying won the Palme d’Or for best foreign language film at Cannes. A young couple are torn apart by the events of the 20th century in the poignant World War II film. Despite the fact that it is defined by tragedy and tragedy-related themes, this Russian romantic drama features some of the most beautiful sights, cinematography, and acting ever seen in a Russian film.

Cult film “The Russian Trainspotting” is one of my favorites, and I watched it over and over again while learning the language. Balabanov directed Brat (Brother in English), a 1997 film made amid the Soviet Union’s demise. A young Russian ex-conscript named Danila, fresh out of the army, comes to Saint Petersburg to visit his brother, a criminally linked member of the Russian mob, in search of work. It goes from there into a cycle of criminal activity, domestic abuse, and eventually murder. This Russian comedy-drama went on to become one of the most popular cult favorites in Russia after its first release in 1997. Fan demand necessitated the production of a follow-up film a few years later. More action-packed scenes were filmed in Russia and the United States for Brat 2’s larger budget. Yet a Gentle Creature, despite its post-Soviet era origins, manages to elicit a visceral response from viewers with its depiction of the shadowy underbelly of rural Russian life. It’s based on Fyodor Dostoyevsky’s short story of the same name, which was directed by Sergei Loznitsa. When her husband is imprisoned in a Russian prison, a lady is left to raise her two children on her alone in an isolated Russian village. One day, she receives a package marked “return to sender” that she had sent to her incarcerated husband. The woman is left with no choice but to fly to a secluded prison in the country’s far north in order to find out what happened. A war against this impenetrable fortress, the prison where the forces of societal evil are always at work, begins here. It is a futile and futile quest for justice that our protagonist takes on in the face of overwhelming obstacles. The video depicts a wide range of Russian personalities, from the hardest criminals to the kindest citizens.

War and Peace, directed by Sergei Bondarchuk, is a monumental film adaptation of the world-famous novel by the same name. With a running time of eight hours and a budget of almost $700 million at today’s inflation rate, the ambitious picture was also one of Russia’s most expensive productions. It is a huge achievement in Soviet cinema thanks to the incredible level of attention to detail. In addition to the Guinness Book of World Records for the usage of 120,000 extras in one battle scene, the film was released in four parts. The film was awarded an Academy Award and a Golden Globe for Best Foreign Language Film, which it deservedly received.

6. Moscow Does Not Believe in Tears When three young women from the countryside travel to Moscow to work, they quickly fall in love. Moscow Doesn’t Believe in Tears was nominated for an Oscar for Best Foreign Language Film in 1980. In the first half of the film, we see the women’s personal and professional lives unfold before cutting to the present day, twenty years later. This is a wonderful picture about Moscow in the 1970s, with three strong female leads. It’s an accessible and sad drama.

5. Prisoner of the mountains

The grueling battle in Chechnya that erupted after the fall of the Soviet Union showed the misery of many imprisoned troops in this award-winning film. Based on Leo Tolstoy’s short story “The Prisoner in the Caucasus,” Sergei Bodrov directed Prisoner of the Mountains in 1996. Through the use of music, costumes, and weapons, the video depicts the tensions that exist between traditional Chechen culture and Russian military strategy. The film, which was shot in the foothills of Dagestan, a short distance from the First Chechen War, focuses on the personal battle between two captured Russian troops and their Chechen captors. The Fool, a 2014 film by Yuri Bykov, depicts post-Soviet corruption and a lack of concern for the underprivileged. When a bathroom pipe bursts in a working-class apartment building, a Russian plumber and municipal repair chief is dispatched to the scene. From the ground up to the ninth and last storey, he uncovered fissures that were threatening to bring the structure down. Corruption and incompetence are at the root of this spiral, which leads to death and misery in the name of getting the building evacuated.

Soviet-Afghan war lasted a decade in the late 1970s and early 1980s. It is regarded one of the final financial nail in the Soviet Union’s coffin, alongside Chernobyl. Fedor Bondarchuk directed the 2005 Russian combat film The 9th Company, which takes place during the Soviet–Afghan War. During the last large-scale Soviet military operation in Afghanistan, a real-life fight took occurred at Elevation 3234 in early 1988. In this novel, a group of conscripts and their battle-hardened captain are at the center of a series of tense confrontations and terrifying incidents. First Ukrainian film to compete for the Palme d’Or: Sergei Loznitsa’s My Joy, which premiered at Cannes in 2010. Taking place in the infamously bloody Smolensk area of Russia, the film explores themes of police corruption, depravity, and the darkest aspects of human nature. The plot revolves around a young Russian truck driver. He picks up a hitchhiking elderly man who tells him a harrowing tale while on the road. The story then goes back and forth between the Second World War and the contemporary day. An accident delays the driver on a distant road, where he encounters an adolescent prostitute who reveals a shortcut through a cursed marsh, and thus begins the perilous adventure into post-Soviet Russia’s dark recesses.

Due of its depiction of the atrocities of World War II, Come and See was subjected to Soviet censorship for eight years. Elem Klimov directed Come and See in Soviet Belarus in 1985. It was adapted from a script based on the 1978 memoir I Am from the Fiery Village, which included testimonies from those who had survived Nazi atrocities in Belarus during World War II. The Four Horsemen of the Apocalypse were referenced in the film’s title, which used live rounds and hunger of actors to depict the horrors of battle. Filming had completed and some performers’ hair had turned grey, causing concern that they would be sent to a mental institution as a result.

Come and See tells the story of the Nazi occupation of Belarus, a country that suffered a 20 percent population loss during World War II, with 1.9 million people dying. Because of the filmmakers’ desire for truth, the film was shot entirely on location in Belarus, without the use of any professional actors, and only in Belarussian. During the course of the film, Flyora, a young partisan who witnesses the atrocities and mass murder of Nazi troops and their Ukrainian collaborators and is left with a gaping void of nihilism and a life fueled solely by hatred for the Nazi enemy and devoted solely to their demise, appears to have aged twenty years. Check out our Soviet cinema article on this movie for a more in-depth look at one of the most notorious Soviet films.