For the INTJ personality type, the architect is the one who finds patterns and logic everywhere.

It can be difficult to categorize all of the anime characters into neat categories or archetypes because there are so many fantastic and popular characters to choose from. Anime enthusiasts, on the other hand, can employ real-life personality tests like the Myers-Briggs type indicator test (MBTI) to sort out these characters.

INTJ, or “the Architect,” is the first of the 16 MBTI types. Logic and patterns rule the world for persons with this mindset. They are emotionally stable and detached. For architects, it’s all about meticulous planning and using concrete data to make practical judgments, as well as a natural curiosity in everything around them.

1. Sosuke Aizen Planned Out Everything (Bleach) Because the coolest and most exciting villains tend to prepare ahead of time and avoid forming strong relationships, the Architect personality type is often used to characterize them. An INTJ is a solitary thinker and strategist, and Sosuke Aizen fits this description.

With meticulous planning, Aizen abused and deceived everyone around him to achieve his objective of taking the apparently empty seat in heaven for himself. It’s not uncommon for an INTJ villain like Aizen to betray his own subordinates because he has no friends.

2. Demon Lord Clayman Sees Everyone As Puppets (That Time I Got Reincarnated As A Slime)

This personality type is often found in the best and most interesting anime villains, such as the more group-oriented form of intj, the architect. The cunning Demon Lord Clayman is another well-known INTJ anime villain who is out to bring Rimuru Tempest to his knees.

Clayman is a tough manager. It doesn’t matter how he does it, he’ll find a way to defeat Rimuru and the monster nation by using and abusing those who work for him cruelly. During Walpurgis, Clayman even attempted to cast doubt on Rimuru through demon lord politics, but he finally failed.

3. Kirari Momobami Treats Everything Like A Cruel Game (Kakegurui) Kirari Momobami, the student council president of the prestigious Hyakkou Academy, is yet another INTJ villain in anime. Despite her appearance, Kirari is more than just a nice student and a member of the Momobami family.

All of Kirari’s attention is focused only on her own pleasure and power at school, which she regards as a kind of personal aquarium. In her mind, friendship and tenderness have no place in her cunning schemes and game-playing. Forget about everything else.

4. Zeref Dragneel Conspired To Bring His Brother Back (Fairy Tail)

Zeref Dragneel, Fairy Tail’s ultimate villain, follows the “villain architect” trend with the mysterious dark wizard. Even though Zeref can be friendly and helpful at times, he is also eager to assault the entire nation of Fiore in order to accomplish what he wants: to rebuild his shattered family no matter what the costs.

When Zeref was a young man, he worked hard in college to learn how to outwit death, and in the process, he broke a lot of rules. He now controls the Spriggan 12, yet he prefers to work alone in order to accomplish his objectives. The only person who can truly comprehend him is Mavis Vermillion. 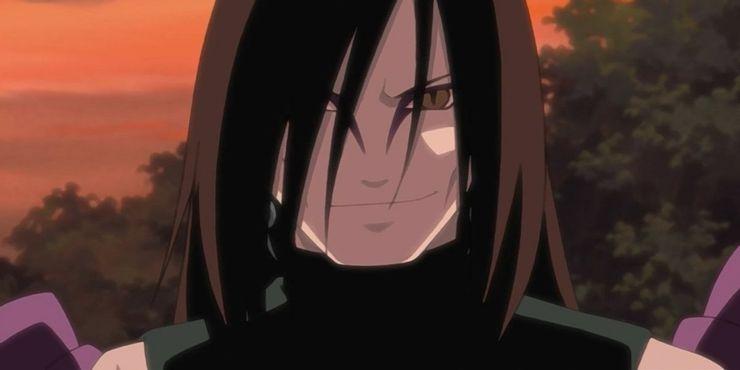 To join the INTJ club, Orochimaru has to be dedicated to the lofty and ambitious aim of mastering all of the jutsu and becoming immortal. Orochimaru, a real Architect, will not accept anyone questioning his methods or intentions. He relies on logic, research, and patterns to achieve his goals.

When it comes to shinobi, Orochimaru has to analyze every component of the human body and jutsu in order to unlock the most powerful techniques. This is what architects do. As a crazy scientist, he’s one of anime’s cruelest as well as a renowned Architect.

6. Amon Planned His Revolution Carefully (The Legend Of Korra)

INTJ Amon is the first main antagonist in the anime-style action series, The Legend of Korra. An excellent tactician, Amon will not dare make a move until he has thoroughly planned it out and accounted for every possible outcome. He was a master at chess.

While Amon is confident and decisive, he is neither impulsive or emotional in his actions. The radical cause is all he can think about, and he has no time for subordinates who disappoint him or compromise their principles in any way. He doesn’t lose sight of the goal. After the success of Death Note’s villain, Platinum End’s antagonist is another example of a cool anime villain based on the INTJ personality type. There is a lot of fighting going on in this series between Mirai Kakehashi (the protagonist) and Metropoliman (the villain).

One of Metropoliman’s greatest strengths is his ability to manipulate and take advantage of everyone in his path. For him, foresight is the hallmark of an Architect; he sees the big picture and doesn’t get caught up in the drama of the moment.

8. Near Will Catch Kira, No Matter What (Death Note)

L’s protégé, Near, is much more emotionally aloof than the original L was. Light Yagami’s equal in many ways, the original L was calculating but also competitive and petty at times. It’s a little more complicated.

While Near has the same intelligence as L, his aloof and unnoticed demeanor allows him to meticulously plan the best strategy to obtain evidence on Kira and close the Kira case once and for all. Reason and logic are everything to Near; he has no time for frivolous arguments. Toys, on the other hand, are something he enjoys and that help him think. 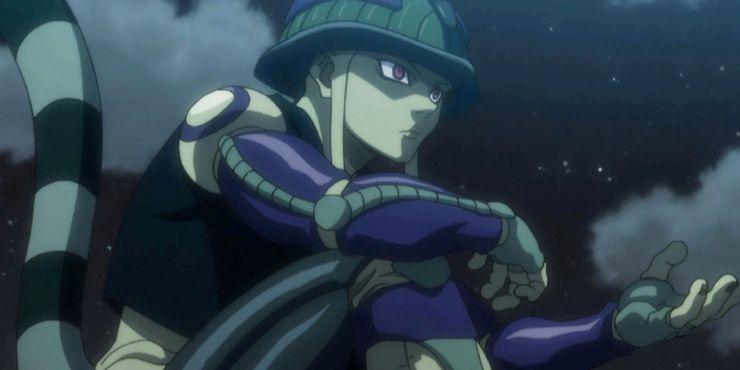 Chrollo Lucifer, a member of the Phantom Troupe gang, is one of the cold and aloof villains in Hunter x Hunter. Meruem, the ant king, is more like an INTJ Architect, whereas Chrollo Lucifer is more like an ENTJ Commander. A far more distant figure than Chrollo, he lacks the charm that distinguishes his fellow villain from any of the others.

He is a stoic foe who seeks to govern a kingdom for his own ends and is a cautious and methodical leader who will not rush into anything without considering the consequences. As a true INTJ, he would be thrilled to win a variety of strategy board games.

It’s possible that Seto Kaiba the duelist is also an ENTJ, given that, depending on the scenario, he does have certain leadership abilities. Even still, this famous anime antagonist may easily be classified as an INTJ, a cold and calculating Architect who utilizes wealth, plots, huge business, and pure ambition to get what he wants. That’s a lot of money.