Black Butler’s otherwise stellar cast is no exception to this long-standing convention of anime fandom.

Instantly popular in Japan was a manga about a young boy with a profound yearning for revenge who makes a deal with a crafty and manipulative demon in order to exact his vengeance.

Two anime series, a couple OVAs, and a movie were all produced by the same team of animators.

But despite the show’s widespread success, there were still some Black Butler devotees who were not pleased with the show’s characters, and this article will explore ten of such characters. This article contains spoilers for both anime and manga. Proceed cautiously. The young prince is revealed to be immature, egotistical, self-absorbed, and unable to accomplish anything on his own from the start of the story. He relies on Agni, his loyal butler, to accomplish even the most basic of jobs. That’s the saddest part: Agni’s unquestioning devotion to his master ends up enabling his selfish demands.

Viscount Aleistor Chamber is his given name, although he is more commonly known by his alias, Viscount Druitt. Druit is a self-confessed melodramatic person who was in charge of auctioning off children and women to interested parties as part of the Bizarre Dolls initiative. In other news, he’s a big fan of minor girls (as is evidenced by his interest in cross dressed Ciel at a ball they both went to) Even though she appears to be a tough, domineering woman on the surface, Beast is actually a softy on the inside. Fans despise her for letting herself be seduced by demon butler Sebastian so that he could obtain critical knowledge about the family’s secrets. She isn’t as loyal to her circus family as the rest of them are to her, as evidenced by her desire to flee and start a new life.

Because the manga has a bad track record for developing well-written characters, everyone in the fandom loathed Elizabeth (before the Book of Atlantic came out).

She was portrayed as a weak and pointless character due to her overly frilly and naive behavior, her obsession with Ciel, and the amount of time and effort she spent on frivolous and superficial pursuits like clothes and parties. 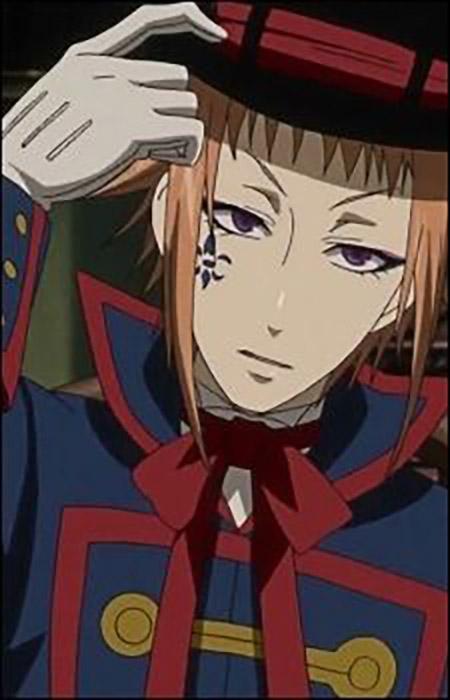 When Drossel kidnaps innocent children and transforms them into dolls, he commits one of the most heinous crimes in the manga. The dolls’ sawdust filling is never explained, but when Drossel sees them, he observes that they need to be strengthened (by creating them from steel and iron).

Resurrected Ciel, who was gentle and doting when he was alive, is spiteful, vicious, and incredibly manipulative now that he’s back. After publicly humiliating his twin brother, he expels him from his estate, and he exhibits no regret or remorse for all of his cruel actions.

Namisiaa provided the coloring for this manga panel. There are no moral or ethical limits on Grell’s Grim reaper regulations because she is half of prostitute killer Jack The Ripper. When her shenanigans were found, she attempted to kill Sebastian and Ciel, and after being conveniently forgiven by everyone for her crimes, she now acts as a creep around Sebastian and William, making unwanted sexual comments and gestures toward them.

To name a few of the Undertaker’s many sins: raising Ciel’s dead twin; creating the Bizarre Dolls, which resulted in the deaths of dozens of passengers on a luxury cruise liner; and kidnapping and experimenting on schoolchildren, among many others.

While continuing to cause chaos in the lives of others, he has no remorse for his crimes, which is the most upsetting part of it all. Claude was loathed by fans because he lacked all of Sebastian’s charm and tact. An apathetic and indifferent demon, he manipulates his young master shamelessly and shows little concern for his welfare. This is seen when he ignores Alois’ writhing pain as he licks Ciel’s blood.

In the case of Claude and Alois, the studio was to blame for their absence from the manga because of bad writing. These two are blatant rip-offs of Ciel and Sebastian, and the studio didn’t bother to put any thought into their design.

Alois is a sadist, nasty, unforgiving, and moderately obsessed person. He’s disrespectful to everyone, including Claude, and he’s particularly savage with his comments, using impolite language on a regular basis. He had a horrible backstory, but people were unable to feel empathy for his acts because of this.