Playing Raft with friends is a lot of fun, especially if you’re an early adopter of the game. The game is much more fun in a group setting than it is on your own.

Under Raft, a survival game with a minimum story, players must gather resources, make goods, and expand their raft. The story is still in progress.

In fact, you can bring creatures from the islands with you when you go by boat! By the end of the game, your raft will resemble a small ship.

You can play these games with your pals if you’re looking for alternatives to Raft. 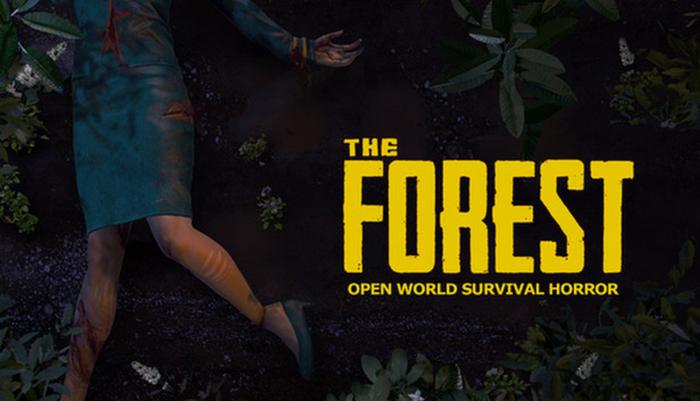 On the list is The Forest, a dark yet enjoyable survival game that takes place on an island.

The Forest was launched in 2014 and was available in early access for a long time. It was only a matter of time before they finished the project and released it as a full game recently. The sequel to The Forest will likewise be released by Endnight Games.

A survival game in which you play a character who survived a plane disaster is the premise of this game. You’ve landed on a mutant- and cannibalistic-infested island. After the crash, your character’s son (Timmy) is kidnapped by cannibals, and the game’s main goal is to find him. Most gamers don’t care about the tale because the base-building and survival elements are entertaining enough on their own.

As you progress through the game, you’ll notice a difference. It’s likely that you’ll run into a few cannibals early on, but as the game goes on, the atmosphere becomes increasingly unsettling. As your base grows, you may run into more cannibals and other mutants.

Grounded, a new game from Obsidian Entertainment (the developers of The Outer Worlds and Fallout: New Vegas) that has already received a lot of attention, is another good option.

During these difficult times, Grounded is one of the best co-op games you can find. In a “Honey, You Shrunk the Kids” kind of way, this is a fun game. Your character has been downsized to the size of an ant, and the game’s map is the yard of the house where you are playing.

As in The Forest, you can create and customize your own structures, objects, armors, and weapons in Grounded. There are many different kinds of insects, some of which are far more dangerous than others. Spiders are currently the most prominent creatures in the game because of their speed and ability to kill you in one hit.

There are just three missions in total, and the campaign focuses on creating a base rather than exploring. With additional time, the game’s features should grow in number.

When it comes to fantastic couch co-op games, Grounded is your best chance right now. You’d be astonished to learn that 7 Days to Die is still in early access. The Fun Pimps Entertainment LLC published it in 2013.

The goal of the game is to survive in a post-apocalyptic zombie world, which is both open-world and survival-based. If you get tired of playing 7 Days to Die on your alone, you can always play it with a group of pals.

Tower defense, RPG, survival horror, and even FPS may all be found in this one game. Crafting weapons, vehicles, and armor, scavenging for goods, and even driving vehicles that you constructed are all options available to you. Motorbikes and 4x4s are included in this.

7 Days to Die is an intriguing co-op zombie survival game that’s well worth taking a look at.

Astroneer is a similar game to Raft, however it takes place in outer space.

According to the game’s plot, humanity has entered a “Intergalactic Age of Discovery” in the year 2504. You are tasked with exploring the cosmos and uncovering the mysteries of the universe.

This is a sandbox adventure game that allows players to build everything from bases and vehicles to their very own spaceships. The foundation can be sculpted in any way that you like.

As well as being able to dig, acquire, and shape materials, you’re also provided tools in this game.

It also includes seven other planets to explore, each with its own mysteries and distinctive biomes. Astroneer

In addition, it’s a fun game to play with a large group of people. Subnautica is your best bet if you enjoy underwater survival games. On Steam, it’s one of the most highly rated games, with a score of more than 95%.

Surviving in an alien aquatic world is the goal of this game, which takes place entirely underwater. After crashing on a foreign world, your mission is to descend further and further into the unknown. Underwater rivers, lava plains, and even deep-sea trenches are all possibilities.

To stay alive, you’ll need to do the same things Raft does: scrounge for supplies and make your own tools. Similar to this, you’ll have to keep an eye out for sources of food and liquids.

You can also establish underwater bases, where you can stock up on supplies, set up your vehicles, and recharge your oxygen supply.

Even more scary monsters arrive in the game’s nighttime environment. Playing with friends or loved ones is a great way to spend quality time together.

Having been stranded in the middle of the Pacific Ocean, Stranded Deep is a first-person shooter in early access. Like Raft and The Forest, it has certain similarities.

The same is true for other necessities such as food and water. Like The Forest, it has a similar art style.

The goal of the game is to make it to the end alive, which isn’t difficult to achieve after you learn the controls.

Apart from the usual construction of homes and other structures, you may also build vehicles like boats, helicopters, and more. While on the island, you can dive into the sea to search for shipwrecks or unusual wildlife.

Although there are some challenges, the game is a fairly easygoing one that lets you build a wide variety of structures. However, Rust is also worth a mention, but it’s more of a battle royale-style game.

You must ensure that you have enough food and water in Rust if you want to survive. A rock and a torch are all you have at the beginning of the game.

In a randomly generated open environment, you’ll have to do more than just make weapons and food to survive. Crafting superior weaponry eventually becomes necessary for defeating other players.

You’ll also need to keep an eye out for predators like wolves and bears. Freezing to death or drowning in water can also kill your character.

It’s a battle royale game with a survival twist in Rust.

Early access games like Raft are among of the best on the market right now. However, you may grow tired of it.

If you’re a fan of the action/adventure game subgenre, this list should provide you with lots of options.