You could be on the lookout for more games like No Man’s Sky after experiencing Hello Games’ trip. Even if it’s a virtual adventure, the prospect of exploring the unknown and finding out what lies beyond is still enticing. With the help of games like No Man’s Sky, we may reach for the stars and go on grand adventures, whether they take place on a ship or on a planet.

As No Man’s Sky has evolved and expanded since its release, it has gained a variety of important updates that have made it what it is today. In light of its ever-expanding fanbase and abundance of content, it’s no surprise that No Man’s Sky has sparked a desire for greater space exploration. So, whether you’re a fan of trading, resource management, exploring, building bases, or any other facet of No Man’s Sky, we’ve compiled a list of 10 more games like it. Astroneer is for you if you enjoy landing on planets and discovering the wonders of faraway places. As an Astroneer in the ‘era of interplanetary discovery,’ you embark on a sandbox-style space adventure. Crash landing on an alien world after a long journey through space means learning to live in a strange new environment and repairing your spacecraft with anything you can find.

You may make anything you find or mine into a variety of useful objects and construct bases and vehicles to help you traverse the landscape. The recent 1.0 update includes a new solar system, so you can go to other planets when you’re ready to find more. Scouting across the planet’s surface or even drilling to the planet’s core can yield a wealth of information about a planet’s hidden secrets and the nature of the universe as a whole. The colorful worlds are brought to life in a distinctive style thanks to the low-poly imagery.

Another open-ended space exploration game like No Man’s Sky is Elite Dangerous. Elite Dangerous allows you to land on some planets, but you can’t walk across or explore them in the same way as in the original Elite. There will be no need to leave the spacecraft to explore its vast open universe. It has 400 billion star systems to jump to, so you’ll still get your fill of space travel in its replica of the Milky Way galaxy.

Allowing you the same degree of freedom in your space journeys, you begin with a little ship and a small sum of money. You’ll need to start out to survive in a galaxy full of hazards by learning new abilities and knowledge, and you’ll also need to collect rewards and trade. If you don’t want to deal with other players, there is a solo mode available because this is a massively multiplayer space sim. No Man’s Sky may look like a 2D, pixelated version of Starbound, but it has its own distinct personality and subtle nuances. A starship crashes on a strange world as you evacuate your shattered homeworld. Everything is at your disposal, and you have complete control over how your story unfolds. It’s up to you if you want to dig into the RPG mechanics and help preserve the universe.

At the same time, you have the freedom to do whatever you want in terms of planet exploration and colonization and the creation of everything you can imagine. In Starbound, unlike No Man’s Sky, you can capture alien animals to battle alongside you, a feature that isn’t available in No Man’s Sky. Chucklefish’s fun interstellar sandbox adventure has a lot to offer that you’re sure to like.

In Subnautica, you’ll be able to explore a strange world beneath the ocean’s surface. Upon impact with the unusual aquatic planet, your life pod discovers a world shrouded in mystery and full of various underwater terrains and hazards. In order to make it through your journey into the huge ocean, you must keep an eye on your oxygen supply.

You’ll find a variety of odd sea creatures and their own environment, as well as hungry predators who want to get their hands on you. You can try to figure out what happened to this planet as you go deeper into the ocean. For example, water pressure is one of the unique issues your world brings, and establishing bases and managing resources will help you meet these challenges head-on. Despite the fact that the game takes place on a single planet, the open world is enormous, and you’ll spend many hours exploring it. 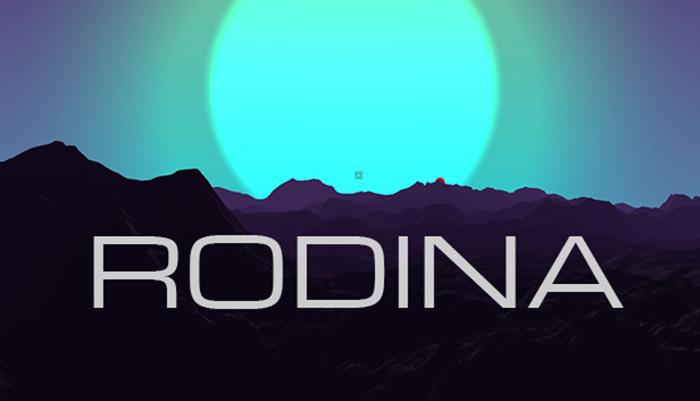 There are various planets and asteroids to discover while you play Rodina, an indie space exploration game. In your fully customizable ship interior, you may sail to the gigantic planets or gaze out at the star-studded landscapes from the comfort of your fully customisable ship interior. It’s possible to find serenity in looking out the window and seeing the brightness of a nearby planet in Rodina, but the solar system is also a dangerous place.

Entering the planets is a challenge, as the changing atmosphere can cause your ship to catch fire, and you’ll have to contend with hostile AI on the odd planets. With the use of missiles and armaments, your ship can take them down. It’s an intriguing space-faring number created by a single developer that lets you live out your fantasy of driving your own spaceship.

Exploring space and planets in Empyrion, a similarly huge game, will lead you to discover weird new realms. You can roam the worlds and find alien creatures with native flora and wildlife, just like in No Man’s Sky. One of just two people to make it from the Titan frigate that went down in the Andromeda galaxy intact, you’re determined to learn more about how and why it came to rest on an uncharted world. Every planet in the galaxy is unique because there are so many other worlds to find.

It’s up to you to design your own space stations and ships in this sandbox-style adventure! There is a tech tree in the game that allows you to manufacture more advanced objects, and you can dig and gather resources naturally. Many secrets await discovery in Empyrion’s solar system. So much to learn and explore, this is a great option if you want to immerse yourself in a new world with many of the same aspects you know and love.

7. Out There – The Alliance If you’re a fan of No Man’s Sky, you might appreciate Out There, a roguelike exploration adventure that takes place in a pulpy comic book. When it comes to exploring the galaxy, Out There Alliance takes things a step farther than your average space exploration game. Spaceship upgrades and resource management are key to surviving on other worlds and finding out what lies beneath the surface of the universe.

You can build objects utilizing weird alien technologies you stumble across in the randomly created galaxy, which also has a crafting system. Out There may not be as expansive as expansive as other space exploration games, but the interactive stories that you may explore and the main storyline that has numerous alternative outcomes to experience make it a unique and interesting take on the genre. The updated Alliance edition for the Nintendo Switch adds a lot of additional content, which was previously only available on Android and iOS.

For those of us who have always dreamed of commanding an enormously powerful destroyer ship, Rebel Galaxy is the game for you. It is a journey into the unknown where you will fight space pirates and aliens, discover anomalies, and scour ship wreckage for treasure. Big broadside blasts on pirate ships are an important part of this quest, with plenty of chances to do so.

It’s also up to you how the tale progresses, and you can do whatever you like. Many ship captains will come your way, and you can either be a wicked space pirate or form friendships with aliens and trade goods with them. As a player, you can choose whether or not you wish to follow the main storyline, and you can also explore the galaxy’s starry vistas at your own pace. For those searching for a different kind of space travel experience with a heavier side of shooting and looting than No Man’s Sky, you might want to check out Everspace instead. This type of gameplay has procedurally generated levels, which you can explore at your own pace and restart with the progress you made in your last run. You’ll eventually be able to explore more of the cosmos with the resources and experience you’ve accumulated. With a wide variety of personalities and scenarios to deal with, the game is extremely replayable. Because of the sense of development and scope of possibilities, it has a longer shelf life than No Man’s Sky. When you’re on a long-term mission, it’s actually a good thing to die in the wide expanses of space.

Even while traveling the galaxy is exciting, what if you want to settle down and build a family? It’s not a simple task, but. Creating a settlement on a hostile planet like Mars will be difficult in and of itself. As in No Man’s Sky, efficiently managing your limited supply of resources is critical to making your way through the vastness of space and keeping up your forward momentum while trying to survive on Mars.

This one has an exploring component, although it’s on a much smaller size than the last one. Traveling throughout the planet in search of valuable resources might also lead to the discovery of secrets that could benefit your colony. You’ll be able to better care for your colonists and help them thrive if you continue to research. Even though it’s an entirely new type of space adventure, it’s up to you to guarantee everyone survives their huge migration into the alien world by making the most of the alien world’s resources.

First, I wrote for a student-run website’s game section as an undergrad; then, while working in retail and as a temp, I continued to write about games on the side. After graduating from Cardiff University with an MA in magazine journalism, I began my career as a content editor for Stuff magazine. Then I worked as a freelancer for a few months until landing my current position as a staff writer at GamesRadar+. Then there are the times when I’m not writing features or previews and reviews but instead can be found immersed in a Dragon Age or Mass Effect game, enjoying a wonderful indie or drinking much too much tea.