Since Fall Guys became such a hit, everyone is talking about another game. Yes, Among Us has surpassed Fall Guys to become the most streamed game in the last three months of the year. Not only that, but there’s more. Sensor Tower claims that Among Us is the most downloaded game on Google Play and the Apple App Store. Among Us fans, rejoice! You’ve found the perfect spot to get more of your favorite indie titles. If you’re looking for games with a similar social deduction concept to Among Us, you’ve come to the right place. Let’s get started right away and identify the greatest Among Us replacements.

We’ve compiled a list of the finest alternatives to Among Us on the Web, Android, iOS, Windows, macOS, Xbox One, and PlayStation 4. Enjoy! To see a list of the games, simply click on the table of contents to the right. 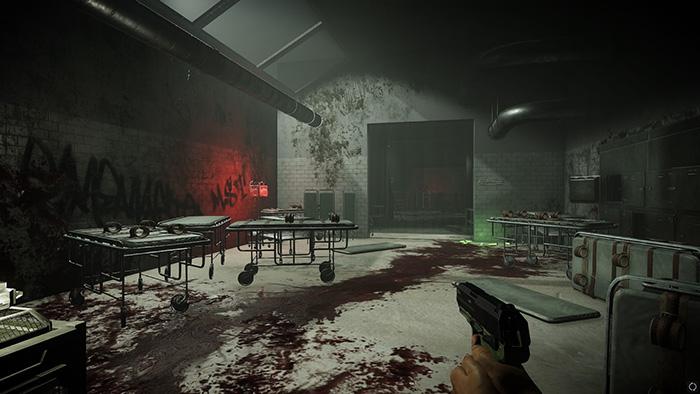 Deceit’s trust and deception concept is quite similar to Among Us’ social deduction technique, which is why I put it at the top of my list despite its slightly different gameplay. In Deceit, as in Among Us, you must discover and trust innocent players in order to survive.

Like Among Us, Deceit is a multiplayer first-person shooter, but unlike that title, there is no option for local play. You and five other strangers awaken in a dismal asylum. A terrible virus has infected two gamers, and they’re on the search for ways to sabotage and kill other players.

You, on the other hand, must rely exclusively on your instincts to form an alliance with other players. Make sure you’re aware that your friend could be the infected player and you’ll die. This fast-paced first-person shooter keeps you on your toes with a mix of treachery, mistrust, and trust. Deceit, if you’re searching for a similar experience to Among Us on PC, is the best option.

Like Among Us, Project Winter revolves around betrayal, trust, and survival. To increase your power, you must gather resources, repair structures, and accomplish a series of chores, similar to how Among Us assigns specific jobs to the player’s crewmates.

However, keep in mind that there are traitors who have entered your group and can acquire your trust to ruin your group.

It is possible for traitors to disseminate false rumors about your fellow survivors and turn them against each other. From a concept standpoint, Project Winter seemed like an excellent substitute for among us.

In addition, unlike Among Us, where you can only speak via text chat, here you may do so via voice chat with proximity location assistance. Not to mention the fact that Project Winter is an 8-player co-op game, which is fantastic. Project Winter is an excellent choice if you’re looking for a game like Among Us that features social trickery and survival. It is one of the greatest alternatives to Among Us for Android, iOS and Mac OS X. With over 8 million users, it’s also one of the most established social deduction strategy games around. Town of Salem, on the other hand, only allows for a maximum of 15 players to play simultaneously, making it much more compelling.

It’s also worth noting that Town of Salem allows you to pick your favorite role among 33 distinct characters, while Among Us doesn’t. You like the game of trust and betrayal since the scope of the game is considerably broader. A town member (good guy), mafioso, serial killer, arsonist, or neutral: all of these options are available just as they are in Among Us.

You have a duty to defend your community’s good citizens, but you have no idea what a player is up to until it’s too late. A mafia or a serial killer might be among the players, and they have the power to end your life. Just as Among Us is a more expansive version of this social deduction game, so is Town of Salem.

You’ve found it with Betrayal.io, a game similar to Among Us that can be played across all major operating systems. A web browser-based version of the game is accessible for both computers and smartphones. A new Android app was just released, in addition to the website. According to the developer, the iOS app will be out soon.

The gameplay of Betrayal.io is similar to that of Among Us, but it’s far more difficult to master. If you’re playing in a group, you can either work together to uncover who’s been betraying your trust or you can take the bait and fool your own teammates. In the same vein as Among Us, you can hold a vote to remove your opponents from the game. All in all, I think Betrayal.io is a fun new social deduction game and a great replacement for Among Us, which is accessible and fun to play. It’s not just a survival-traitor game like Among Us, but you’ll also get to try out other kinds of gameplay in Werewolf Online. The game allows you to gather resources and protect your hamlet from invading enemies. However, there’s a complication. Villagers that are plotting against you and the rest of the village are liars.

You have to uncover the liar in your ranks and save your community in the midst of skepticism and deception. In a multiplayer game, you can have as many as 16 players, which is fantastic. Additional communities and teams populate the same game.

There is only one winner in this round: The team that has evicted all of its traitors. To put it another way, if you’re a fan of the Among Us genres of survival, deathmatch, and deceit, Werewolf Online is a great choice.

One of the few Xbox games similar Among Us is Secret Neighbor. Developers have thus far resisted the idea of porting Among Us to consoles because of the game’s unique gameplay style. Secret Neighbor, on the other hand, is an excellent choice if you’re looking for a comparable experience to Among Us on Xbox.

As players begin to go, the action becomes frantic among the remaining players. The investigation into the group’s treason begins at this point. I’d say that Secret Neighbor has a large following because of its unique gameplay, and that you should give it a go if you enjoy games like Among Us. One of the best party games, Hidden in Plain Sight is virtually identical to Among Us, but it can only be played locally with a single copy of the game. Two or four people are required to play this game. With regard to the game’s mechanics, you’ll need to complete jobs without attracting attention. Blend in with the AI characters and fulfill tasks in this game. In addition, you’ll need to get rid of people in the crowd without drawing the attention of other players.

Other game modes, such as Death Race and Elimination, place you in a precarious situation and need you to defend yourself against unwanted attention from other players. As a conclusion, Hidden in Plain Sight is an excellent alternative to Among Us if you prefer to play on your computer.

Like Among Us, Werewolves Within is a social deduction VR game that can be played on the PlayStation 4. Many gamers have returned to Werewolves Within because of the game’s unique mechanics after initially dismissing it. In a team of 5 to 8 players, each player is assigned a secret role that they cannot see.

The speed of the game is frantic, and you’re forced to choose between being a hero or a traitor. The game takes place in Gallowston, a medieval community plagued by werewolves. You and your comrades are sent back in time to save the citizens of the town.

As a villager striving to protect the weak and helpless, you can also play as a traitor. To win the game, the player must find the concealed werewolf and kill it. As a social deduction game, Werewolves Within is an excellent choice for those who enjoy playing virtual reality games on the PS4. 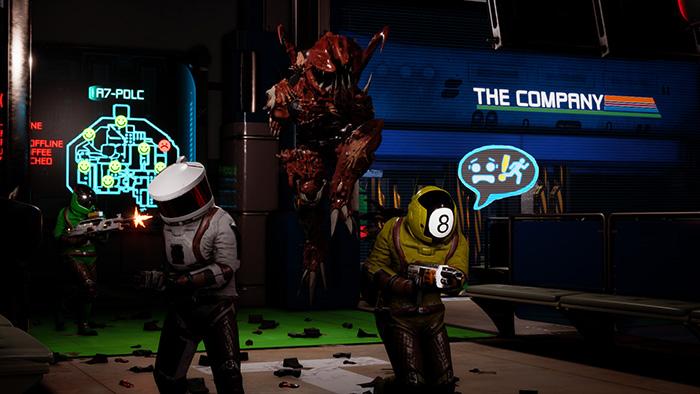 An extraterrestrial dimension is brought to the same murder and treachery theme as in Among Us, which is set in a starship. Death is a fact of life in space, and every astronaut strives to avoid it. It’s possible to play with up to 16 people in a game and complete tough tasks in order to escape the space monsters.

In Unfortunate Spacemen, you can communicate with other players by using voice chat, unlike in Among Us. Using Discord in the background is not necessary. All I can say is that if you enjoyed Among Us and want something similar but set in space, Unfortunate Spacemen is the game for you.

In terms of gameplay, Enemy on Board is very similar to Among Us. Having 6 crew men and 2 Alien imposters on your team is a viable option. To win the round, the crew must once again locate and eliminate the bogus players.

That stated, it is difficult to find the alien imposters because they can easily mix in with the crew. When the spaceship’s generators are destroyed, the crew can no longer communicate with one another, which only makes things worse.

At this point, crew members begin to harbor suspicions about one another, even as they work to maintain contact by fixing the ship’s generators. Enemy on Board, in my opinion, is an excellent replacement for Among Us in terms of visuals and gameplay.

So you’re a fan of Among Us’ misleading methods? You may play Triple Agent on your Android or iOS device to get a similar experience. There is a lot of bluffing, deception, and social deduction going on in this game. Playing this game on a single device with up to nine others is the finest part. Hidden roles are provided to each player during each 10-minute gaming session.

A Service agent or a Virus double agent are two possible career paths. To keep your true identity a secret, you must raise suspicions among the other players by revealing information that seems suspicious. Each player casts a vote at the conclusion of the game to determine who the traitor is. Even if it isn’t as thrilling as Among Us, this game still has a lot of suspense and deception. Allow yourself to take a chance, in my opinion.

The final game on this list, Undercover, simplifies the concept of a hidden identity introduced in Among Us. A local multiplayer game can be played with just one smartphone and three or more participants. Basically, Undercover is a terrific choice if you want to involve everyone in a fun social deduction game. The object of the game is to eliminate other players as rapidly as possible by discovering their identities.

You can play as either a citizen, an undercover agent, or Mr. White in the game. You’ll need to fulfill tasks and give hints to other players about the probable traitor as you go. As the number of players who know who Mr. White is decreases, the suspense grows. If you’re looking for a simple deception game, I’d recommend Undercover.

Best Among Us Alternatives Curated For You

These are the best Among Us alternatives we could come up with at this time. It’s evident from this list that social deduction is a relatively new genre, and there aren’t many games based on it.

Then again, with the popularity of Among Us, things appear to be shifting. We expect that in the near future, there will be more survivor-traitor type games for both consoles and PCs. That’s all we have to say. Do share your thoughts in the comments section below if you find the list useful.