When we talked about the best Super Nintendo RPGs of all time, we said that the SNES is probably the best RPG console ever made. Well, if there is a console that makes that discussion into a fight, it would have to be the PlayStation One.

With a lot of help from Square, Sony quickly made the PlayStation more than just a place to play great RPGs. It was also a console that could convince people who had never been interested in RPGs before that they had to spend 50+ hours playing the next gaming epic. Some of the best RPG developers in the business were inspired by this sudden rise in popularity to try to outdo each other in terms of creativity and sales.

The result was a classic set of role-playing games that are still right up there with the best ever made. With all due respect to the 20 or more other games that also deserve to be on this list, these are the 15 best PS1 RPGs ever made.

The Legend of Dragoon Since The Legend of Dragoon came out in late 1999, its fame has only grown, and it’s easy to see why. Even though this game was criticised at first for not being as good as some of the other PS1 RPGs we’ll talk about soon, time has been kind to the many things it does so well.

The Legend of Dragoon makes up for its slow story with a great combat system that focuses on a QTE-like mechanic that makes it so you don’t just watch battles happen. The way characters change in this RPG is also a brilliant gameplay idea that should have been copied a lot since the game came out. Legend of Dragoon’s ambitious CGI cutscenes made sure that this epic game took up four PS1 discs. This has always been a cool thing.

Wild Arms is another PS1 RPG that was at first overshadowed by some of the all-time classic games it had to compete with. However, the game’s style was what made it stand out at the time, and it’s still what makes it special today.

The mix of science fiction, fantasy, and western design elements in Wild Arms shouldn’t work as well as it does here. The game’s developer, Media.Vision, deserves a lot of credit for making sure that the ambitious world of the game always felt like it fit together and for coming up with some really clever ways to break the rules of the genre with the way this game handles exploration, combat, and puzzles. The Breath of Fire III vs. Breath of Fire IV debate probably won’t be settled here, but the third game in this series gets my vote because it raised the bar so clearly for this franchise and its competitors in the same genre.

The 3D graphics and voice acting in Breath of the Fire III helped sell the game’s interesting story. The game’s combat and great cast of characters kept you interested and eager to see where this absolute gem would take you next.

Front Mission 3 is one of the best tactical RPGs of its time and one of the best mech games ever made, but only if you take the time to learn how it works and understand the story.

This game is rightly remembered for its customization options and often punishing tactical gameplay, but I don’t think it gets enough love for its story-driven factions and the way its graphics show epic mech battles without relying on more traditional action gameplay. The only reason this all-time great game isn’t higher on this list is because there are other PS1 RPGs that better represent the genre and the kind of epic experiences we think of when we think of one of the best RPG platforms ever.

Still, the way Symphony of the Night added RPG elements not only changed the series for good, but also led action game developers all over the world to add RPG elements to their own games to make them better. This is still one of the best games ever made that mixes role-playing with action and adventure.

Long before God of War took us on a trip through Norse mythology, Valkyrie Profile surprised many PS1 gamers with its unique mix of Japanese design and a Norse story in which you have to put together the right group of heroes to help you get through Ragnarok.

The thing that really sets Valkyrie Profile apart, though, is its turn-based battle system, in which each character in your party has a button that they press. To get the most out of your group of heroes, you need to give each one the right thing to do at the right time so that they can perform powerful combo attacks. It’s hard to understand, different, and a lot of fun. Lunar: Silver Star Story Complete may have started out as a Sega Saturn game, but it’s hard not to think of it as a PS1 game in the end because of all the ways Sony’s first console let the developers of Lunar show what they had in mind for this classic.

Lunar is a “old-school” JRPG in a lot of ways that might turn some people off, but when level grinding, party management, and methodical turn-based gameplay are done this well, it’s hard not to see this as one of the ultimate genre comfort zones.

It’s hard to talk about Star Ocean without talking about how it has almost 90 possible endings, so let’s not hide the fact that it does. Even more impressive than the game’s many endings is the fact that many of them are clever, make sense, and are, in their own ways, complete.

But really, this game’s huge number of possible endings just shows how this sci-fi/fantasy game makes you feel like everything you do matters and that anything can happen. I also have to give props to the great “private action” system in this game. This is a unique feature that lets your party members go on their own adventures, which leads to some of the best sidequests in RPG history. 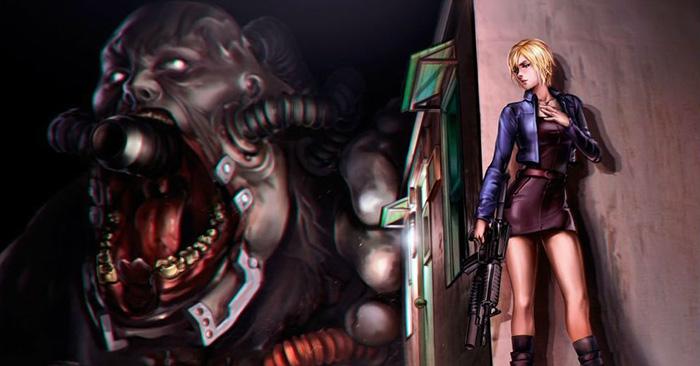 A horror survival role-playing game? That’s a lot to say!

Parasite Eve is one of the most unique role-playing games ever made. It combines typical RPG mechanics with the cinematic style of horror games.

Following New York cop Aya Brea, players have to figure out what’s going on with a mysterious person named Eve.

At some point, it seems like we learn that people are always the biggest threat to themselves.

Even though Parasite Eve’s RPG system isn’t very deep, the combat system and great story make it worth playing. Just don’t play it alone in the dark. Eve may decide to pay a visit