One of the most popular games even before there were phones was tile matching games. People played Tetris, Chain Shot!, and Puzznic in arcades and on consoles a lot in the late 1980s. When tile matching games first came out, they were very popular. There are now a lot of different ways to play them, and they are still very popular.

You want to play a tile-matching game on your phone or tablet. You can play these games on both Android and iOS. Unlike Candy Crush, Homescapes doesn’t require you to pay to play. It’s made by the same company that made Township, one of the best farming games ever. Like The Sims, the game lets you play as someone else’s life. It also has traditional match 3 puzzles. Homescapes came out in 2017 as a follow-up to the popular Gardenscapes game. In less than two months, the game had been downloaded 35 million times and had 9 million active users every month. In 2022, Homescapes is still a popular match 3 game on mobile phones.

This is a game called Austen, the Butler. The main character of the game is called Austen. If you look at the house from the outside, it looks like a lot of work at first.

There are some things you need to do in the mansion, and you need to get points by playing match 3 games before that. The game’s creators have put in a lot of special events. There isn’t a point where you aren’t involved in one or more special events. You can, of course, play the game just for fun. But the app has a lot more than that!

As a life-simulator and match 3 game, Homescapes has a lot of features. Soon after you finish a level that isn’t too hard, you’ll find yourself getting more and more difficult with each new level. What you see in the picture is level 162, and we can tell you that it was not easy to get there!

Do you want to play more games like Homescapes? There is no doubt that Design Masters is a good choice. Besides, we need to talk about Gardenscapes as an honourable mention. It’s an alternative to Homescapes, which, to be honest, feels a little younger and more old-fashioned to me. We see Austin and his efforts to bring back the glamour of a mansion garden. The scope of his work is up to the player. The more you play, the better the garden looks. Nice!

Is Harry Potter your favourite book or movie? Then you must play this match 3 game! It’s free to play, has a lot of features, and looks great. There are more than 1,000 levels so far and a lot of other things to do. We have a guide for the Harry Potter: Puzzles & Spells game. You can read it to learn more about it. You’re in for a surprise!

This isn’t just a game about the Harry Potter series. It is a game that focuses on puzzles, and as long as you keep going, the more features there are in the puzzles. Harry Potter fans will love this match 3 game on their smartphone or tablet because it has casual encounters with Hogwarts professors and some of their favourite characters who help you along the way Did you check out the best Harry Potter LEGO sets 2022 for more awesome HP fun, or did you already do that? You know what? The new Harry Potter LEGO sets are awesome!

Why not play this Harry Potter-themed match-3 game? You’ll be amazed by how good it is. Prepare for chocolate frogs and every flavour bean, challenges from Hogwarts professors, a trapped Marauder’s Map, and a lot of other fun things. During Christmas at Hogwarts, there is a feast that you don’t want to miss. There are a lot of games like this on our list. Royal Match is a free-to-play mobile game that is both beautiful and fast-paced. You can play it on your phone or tablet. It’s also one of the best games like Homescapes because it has a decorating storyline. Instead of renovating, players get an empty room or park and have to play match 3 puzzles to get experience points and use them to buy furniture and other things for the room. When they finish one room, they move quickly to the next.

The game is called “Royal Match” because players help the kind-hearted King Robert rebuild his castle. This game has so many things that we like that it’s hard to list them all. Every now and then, players get a game called The King’s Nightmare. It’s a unique puzzle game that’s not like the other match 3 games. And if you don’t, the king’s bad dream comes true. It’s a lot of work, but we had a lot of fun with the adrenaline that came with it.

In the beginning of the game, the Royal Match boosters don’t do very much. In Candy Crush and Jelly Splash, and all the games that came after, there are the bombs (TNT), arrows, and a light ball. In addition, there are a Jester’s Hat and a Cannon that can move all the things on the board. If you fire an arrow, it can only go horizontally. If you hit something with the Royal Hammer, it can only get rid of that one thing.

As a bonus, players can also get a Butler’s Gift. They get a lot of help from the King’s butler when they start the game. The obstacles in Royal Match are hard to get around. Royal eggs and royal dishes need to be removed in order to finish the level. This is a match made in heaven. Best Fiends is a beautiful match 3 game that features five bugs of different colours who fight evil slugs. If you want to live, you need to clean up the area where the bugs live. There aren’t many rules to the game, and it’s very easy to play. Players run out of moves very quickly after a certain point in the game, so that’s why it’s hard.

If you’re tired of games like Candy Crush, Best Fiends is quick-paced and has a good side story as well. The monsters you meet are cute in their own way, and even the bugs are cute and friendly. At the moment, there are more than 4,000 Best Fiends levels, and more than 100K people around the world play it.

How can you play Best Fiends? One of the five bugs you have is charged up when you make combos on the puzzle. Each of the five bugs comes in a different colour. Those tiles you’ve matched up with bugs of the same colour.

If you play Best Fiends, instead of moving one tile to make a combo, you have to move all of the tiles that match together to make a combo. The more damage your opponent takes from your combos, the better you are at making them. 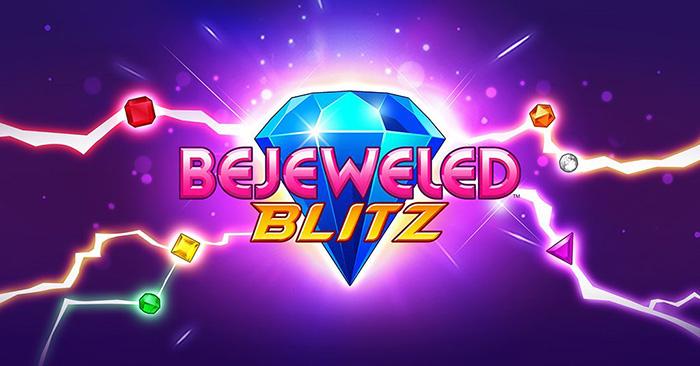 It was one of the most popular tile-matching games in the early 2000s, and it’s still popular today. Its goal is to get rid of gems of the same colour from the board, which starts a chain of events. PopCap, the company that made Bejeweled, has made a version of the game for mobile devices called Bejeweled Blitz!

A lot of things haven’t changed about how the game is played. Players have to match the same gems and detonate as many as they can in a minute, but they can only do this once. When rare gems are matched and boosts are used, winning combinations can be made, as well. Plus, you can invite your friends to fight with you for the top spot on the leaderboards, too. If you want to play tile matching games in a cute and cute way, this is the app for you. Make sure you download Pet Rescue Saga and have a lot of fun taking care of puppies, piglets, and kittens. Pet Snatchers are going to take your pets if you don’t match up the same colour blocks.

To make this game more exciting, it also has exploding bombs, locked animal cages, paint pots, diamonds, and more. A new level is added every two weeks, so there are hundreds of pet-puzzling levels to get through.