These low-budget films, ranging from The Blair Witch Project to Moonlight, are some of the best ever filmed.

We can tell when a movie has a big budget, but occasionally low-budget movies are so well-done that we can’t believe they cost so little to make! That’s exactly what happens in the following films.

If a film fails, it doesn’t necessarily mean that it was expensive. Money can always help with production value, but the true difference is made in the final product by a strong idea and an accomplished cast and crew. The website The Numbers has budget estimates for this and other films. Though actual numbers may vary significantly, this provides a general notion. However, the films’ finances were limited, and they still managed to deliver a high-quality product.

By Jake Koran on November 8th, 2021: Low-budget films necessitate a solid knowledge of the filmmaking process. Passion and drive are more vital in filmmaking than a large budget, as demonstrated by the best low-budget films. The term “low-budget” can refer to films that cost less than a million dollars, however this isn’t necessarily the case. The fact that certain low-budget movies can compete with major studio projects in terms of quality can inspire budding filmmakers. One of the greatest deals in film history was made when Fox Searchlight Pictures bought the rights to Little Miss Sunshine after it opened at the Sundance Film Festival in 2006.

The film cost $8 million to produce, and it raked in $101 million at the box office. A number of prizes were given to it, including the Oscars for Best Original Screenplay and Best Supporting Actor. Even the AFI Awards named the film “Movie of the Year” because of its critical and audience acclaim.

Blair Witch Project is a harrowing experience for viewers, but a joy for its creators. The low-budget indie horror film from 1999 grossed a ton of money despite its low-budget production costs. The film made $248.6 million dollars worldwide on a production budget of only $600,000. Although the exact budget, which ranges from $200,000 to $750,000 depending on the source, is subject to debate, it is apparent that a significant profit was made.

The film featured a brilliant concept and a daring marketing plan that left the audience in awe of the film. It became a cultural phenomenon and spawned a series of films, books, and video games. As one of the most well-known and innovative examples of the found footage subgenre, The Blair Witch Project has cemented its position in horror film history. In 2004, documentary filmmaker Morgan Spurlock chose to film a contentious experiment he had taken on as a personal challenge. To see how McDonald’s high-calorie mega-chain meals would affect him both physically and psychologically, Spurlock ate nothing but McDonald’s cuisine for a month.

Filming cost $65,000, with a final gross of $22.2 million. Spurlock’s calorie intake was widely questioned at the time of the documentary’s release, and it had a significant influence. McDonald’s was forced to withdraw its Super Size meals as a result of the film’s goal of raising public awareness about the rise in obesity in the United States. The movie has received a positive welcome from critics and the general public, and it has been hailed as a huge success.

In spite of its critical acclaim, Quentin Tarantino’s feature picture debut was made on a shoestring budget, the precise amount of which is unknown. Follows a gang of robbers before and after a heist goes horribly wrong.

A satire of King Arthur’s search for the Holy Grail, Monty Python and the Holy Grailwas released in 1975 in the United Kingdom. As time went on, the movie’s reputation actually went up in the ranks of best comedies in the United States and around the world. However, the audience found the movie amusing and contributed to its $5 million box office haul at the time of release.

When And Now For Something Completely Different failed to win the hearts of the American public, a group of financiers put in $400,000 and the movie was a huge success. If you haven’t watched this movie, you’re in for a treat. Many people regard it as a cult masterpiece. Shane Carruth directed, wrote, produced, and starred in Primer, an indie classic. Carruth also played a variety of different parts in his labor of love. This film, about two friends who unintentionally discover time travel, does not hold the audience’s hand and explains the procedure in technical terminology that makes it seem like two professionals are truly conversing to one another..

While Carruth produced another low-budget classic in the form ofUpstream Color in 2013, Primer remains the most widely recognized and demonstrates that enormous resources are not always necessary for amazing projects to be created.

When David Lynch made his feature picture debut with Eraserhead in 1977, he cemented his distinctive visual aesthetic for the rest of his career. Only 25 people attended the film’s debut at the Filmex Film Festival in Los Angeles, yet the movie went on to gross nearly $7 million at the box office.

After a modest start, the film played at midnight for a year in San Francisco, for two years in New York, and for three years in Los Angeles, from 1978 to 1981. In 2004, the Library of Congress chose the film for preservation in the National Film Registry, despite the fact that it had a mixed reception upon its premiere. Eraserhead’s budget estimates range from $100,000 to $10,000, with The Numbers putting the sum at $100,000 and IMDb at $10,000. As a matter of fact, the film was a massive success that is still adored by moviegoers to this day.

While the film’s production cost was $4 million, it earned $118.7 million upon its release in 2003, making it the highest-grossing romantic dramedy of all time at the time. Critical and economic success have been declared for the enchanting movie.

Scarlet Johansson and Bill Murray were widely hailed by reviewers for their roles in Sofia Coppola’s acclaimed movie, which went on to win numerous prizes, including an Oscar for Best Original Screenplay. Sofia Coppola shot the film over the course of 27 days. City of God tells the story of a man who dreams of becoming a photographer while his childhood friends become involved in the criminal underworld in Rio de Janeiro’s Cidade de Deus neighborhood.

As a result of the film’s release, the actors and especially Alexandre Rodrigues, who portrays the older version of the protagonist, have been widely praised. In terms of box office receipts, the film far outperformed its modest budget, making it both critically and financially a huge success.

After its premiere in 1979, the first AustralianMad Max film polarized critics around the world. Even Stephen King, the author of “The Shining,” had harsh words for “The Walking Dead,” yet the film rapidly became a hit, generating more than $100 million worldwide after costing just $200,000 to produce.

George Miller’s first film, an action-thriller, was followed by three sequels, including the 2015 Mad Max: Fury Road, which he directed. Once, the film was Guinness World Record holder for the highest grossing film.

Whiplash, starring Miles Teller and J.K. Simmons, is about a music conservatory student and his rigorous jazz teacher.

Despite its little budget, Whiplash was able to do so with less, thanks in part to the outstanding performances of the actors, who have been praised for their abilities ever since the film was released. Jazz enthusiasts will enjoy the movie’s suspenseful story about the costs of artistic genius, as well as the film’s excellent soundtrack. 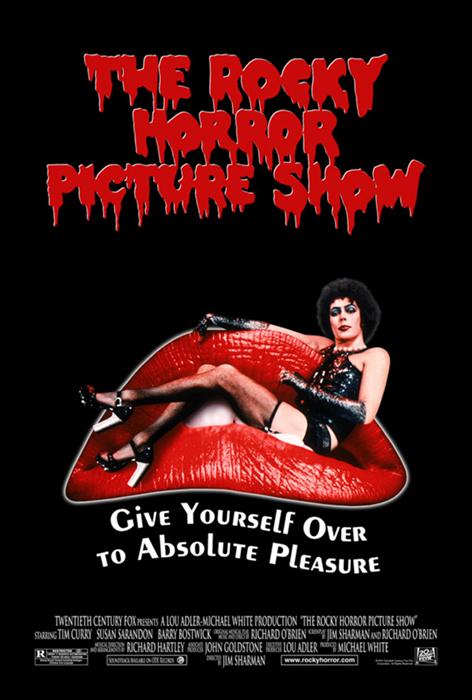 Regardless of how much money Rocky Horror Picture Show cost in 1975, it was still a very low-budget film for the time. Despite the musical’s initial lack of success at the box office, it garnered a devoted fanbase over the years.

Every year towards the end of October, there are several live performances performed by lovers of the song. The phenomena isn’t going away anytime soon, and the famous performances from the 1975 film are to thank for that.

Get Out is Jordan Peele’s directorial debut, and it’s one of the best directorial debuts of this decade. Rotten Tomatoes has given the film a 98 percent rating, making it critically praised.

Peele won his first Academy Award for Best Original Screenplay for the film, which was released in 2017, starring Daniel Kaluuya, Allison Williams and Bradley Whitford. The film cost $5 million to make, yet it made a net profit of $124.8 million.

It’s hard to find a sports drama that has the emotional impact that Rocky does. Based on the true story of working-class boxer Sylvester Stallone, this 1976 film stars Stallone as a debt collector.

In the beginning, the movie’s success was gradual, but it quickly picked up steam, racking up $225 million in ticket sales after spending just over $1 million to produce. When Rocky came out in 1976, it became the highest-grossing film of that year and second-highest in 1977 after Star Wars. The film was nominated for 10 Academy Awards and won three, including Best Picture, making it the most nominated film in history. Toxic masculinity and sexuality are the focus of this revolutionary film, which received high praise from critics and audiences alike.

The production budget for Moonlight was only $4 million, but the film made over $65 million in box office revenue worldwide.