You can find some great airplane movies, from terrorism to Airplane!, out there.

Airplanes. We’ve been fascinated with airplanes since the Wright brothers’ historic first flight in Kitty Hawk, North Carolina, in 1903. They evoke happy recollections of your most recent vacation as well as distant fantasies.

There is also a sense of anticipation, worry and stress that comes with planes because of their history of crashes, explosions and hijackings. It’s easy to see why airplanes are so popular as filming locations because of all the emotions they conjure up. A plane full of snakes, a mother in a panic, crazed killers — these are some of the best movies set on an airline. A mother (Jodie Foster) realizes that her daughter has gone missing on a long-haul journey. Elgin 474″, a jet designed by Foster’s character, is the setting for the film. Despite the fact that the Airbus A380 would enter service just a few years later, this gigantic double-decker airplane looks almost identical to the Airbus A380 concept art. Her daughter was abducted and Foster must find out who kidnapped her and why in the movie In addition to Jodie Foster’s excellent performance in the picture, it has a lot of tension and suspense.

The fictional Chicago Lincoln International Airport is decimated by a huge snowfall in this disaster film from 1970. There is a suicide bomber on board an airplane about to land at the airport at the same moment. The film, despite being a little over-the-top, is widely regarded as the first modern disaster film. There were three more films based on the 1968 novel, including Airport ’75, ’77, and ’79: The Concorde…Airport ’79. 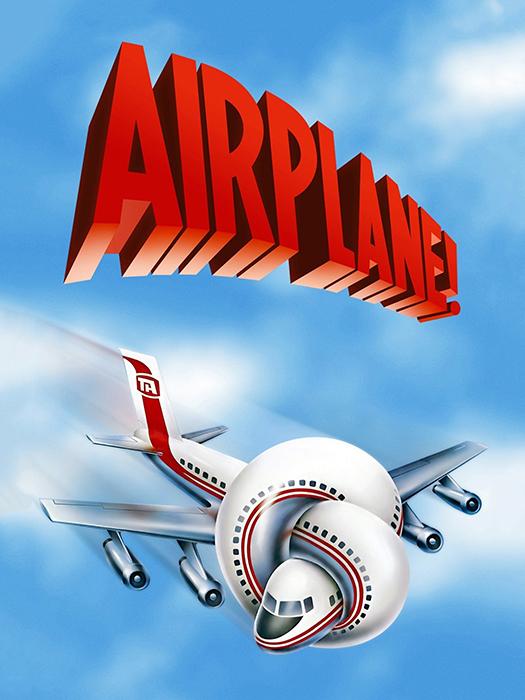 “Airplane!” was a satire of the Airport series and the 1957 movie “Zero-Hour!” After the meal is served, things go horribly wrong when it is revealed that one of the dishes is making passengers and the pilot sick. They are compelled to land the jet themselves by a flight attendant and a military veteran.

The film is hysterical and has become more popular and well-known than the original films it mocks.

The movie, from the witty language to the cheesy humor, has the vibe of an SNL parody. As a result, the situation is ridiculous and hilarious.

A movie that doesn’t even try to conceive of a creative title, but instead, tells you exactly what you’re about to witness deserves your appreciation. To bring down the plane and murder everyone on board, deadly snakes are unleashed on a trans-oceanic journey on South Pacific Airlines. Nothing about this film works: the performances, the visuals, and the plot. This is a plane with snakes on board and Samuel L. Jackson in the passenger seat. Is there any other reason not to see this film? When Alaska Airlines Flight 261 went down, the planeto rolled totally upside down due to a mechanical failure. Although the plane was inverted for a brief period, the pilots were able to maintain control of it. Sadly, the plane went down off the coast of Los Angeles and no one was saved. The pilot, played by Denzel Washington, is a recovering alcoholic and cocaine user, which complicates the investigation into whether the crash was caused by mechanical failure or human error. Washington was nominated for an Oscar for his performance in the picture.

During Wes Craven’s career, Red Eye was a turning point. After years of critically derided films like Scream 3 and Cursed, this was his first huge smash. The fact that Red Eye is a reimagining of a classic plane crash movie adds to its allure. There are no hostages taken, no bombs dropped, and no planes lost in the process. Lisa (Rachel McAdams) is the focus of the film as she boards her plane. An older man named Jackson (Cillian Murphy) sits down in the next seat over and threatens her father with death if she doesn’t aid him in his terrorist plot.

Lisa is trapped in a cramped position rather than being exposed to the plane’s inherent hazard. Cat-and-mouse is a common theme in the film, which takes place entirely within the confines of a single plane. Craven emerged victorious in the competition. Red Eye was a critical and commercial success. This year’s Thanksgiving will be Neal Page’s first without the distraction of a trip back to New York City. Del Griffith, a man who sells shower curtain rings, greets him at the beginning of his adventure. Before long, the two are seated next to one other in the plane’s cabin as it departs from New York City. As a result, the two are compelled to take every method of transportation available in order to return to their original destination of Chicago. The movie’s airplane sequences are the best, skewering in-flight meals, uncomfortable seats, and obnoxious people.

Things go horribly wrong when a charter jet carrying inmates picks them up. The plane is hijacked by the prisoners, and there is a lot of fighting, explosions, and ’90s-style action. Nicholas Cage, John Cusack, John Malkovich, Steve Buscemi and Ving Rhames were just a handful of the stars who appeared in the film.

Film’s idea is even more compelling because it is based on actual events. Transporting inmates is made possible by the Justice Prisoner and Alien Transportation System (JPATS), which operates a fleet of three aircraft. To avoid unrest on board, flight schedules are kept hidden from the general public and even from the convicts themselves until the day of the flight.

After a birdstrike knocked out power to both engines of a US Airways A320, pilot Chesley “Sully” Sullenberger was able to make an emergency landing on the Hudson River. As the airline tried to blame Sully for the plane’s demise, the film recounts both the disaster and the subsequent trial. The “miracle on the Hudson” refers to the fact that all 155 passengers and crew members survived. Tom Hanks won a slew of prizes for his portrayal as Sully in the film. One president will hold terrorists accountable if his plane, Air Force One, is hijacked. Harrison Ford plays James Marshall, the president (and a veteran) of the United States in the movie. In order to show the hijackers that they messed with the wrong politician, he employs his former military skills. Deliciously cheesy yet over-the-top at the same time. To save what could have been a ludicrous film, Harrison Ford, Glenn Close, Gary Oldman, and William H. Macy all starred in it. With more than $315 million in ticket sales, the picture became one of the most successful of the 1990s.