I hope it’s not just me, but I’m quite sure we’ve all dreamt about a hot anime character at some point. Some of the men in anime are more attractive than any real-life men I have ever met. As a result, I’ve compiled a list of the 20 hottest anime men (who are my favorite husbando materials) who are both sexy and cool at once.

Please note that some of the following links are affiliate links. This means that if you click on the link and make a purchase, I will receive an affiliate commission at no additional cost to you.

Karma is the first male on our list of the sexiest anime characters. Karma is one of the most intelligent members of his school’s student body. When he’s in a stressful position, he has the ability to “pinch” himself out of it. He’s got a dark side, but it just adds to his charm. Karma has a beautiful face, a pleasant demeanor, and the ability to remain cool under pressure. Is there anything else that needs to be said about why he’s on this list?

When you first saw Ban, shirtless, in the dungeons, you couldn’t help but think he was hot. The combination of his good looks, laid-back demeanor, and undying devotion to Elaine make him an extremely appealing character.

Saitama’s son, Genos, is a follower of Genos. He is only 19 years old, yet he is extremely focused on achieving his goals. He’s a cyborg, yes, but he’s also incredibly strong, seductive, and kawaii. Of course he was going to be included. 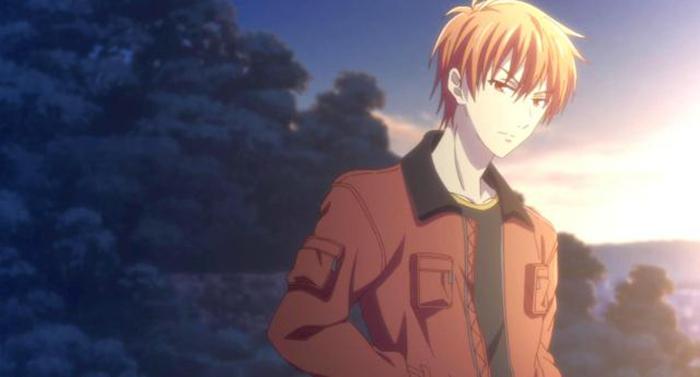 Kyo Sohma is a tyrant who has difficulty trusting others because of his short fuse. Even though his evil side bothers him frequently, he manages to keep it well hidden. We can’t help but marvel over Kyo’s attractive looks and protective nature toward Tohru.

Soma Yukihira understands the meaning of devotion. He knows he’s not the best, but he’s willing to put in the time and effort to become better. In any case, a good-looking woman and a talented cook? Certainly!

Yamato has been scouted by modeling agencies on a regular basis. It’s no secret that women will do everything to catch his eye and go on a date with him. In addition to his good looks, he is compassionate, never jumps to conclusions, and lends a helping hand to those in need. 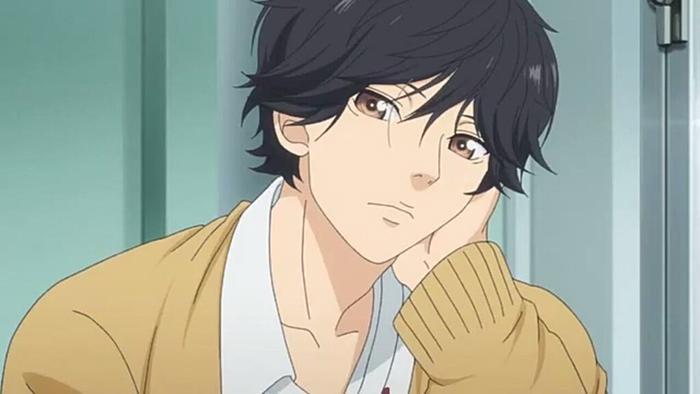 We first meet Kou Tanaka, better known as Kou Mabuchi, in Ao Haru Ride (Blue Spring Ride), a beautiful and brief slice-of-life/romance anime. He used to be a lovely, upbeat kid in middle school. Then, in high school, he transforms into a moody figure with a troubled past. It’s crushing me!

Officer Shinya Kogami works in the Public Safety Bureau as an Enforcer. However, he is clearly a decent person. In fact, he’s one of the greatest investigators in the Public Safety Bureau’s detective division. After all, he has a different view of justice than the Dominator. This is something we learn later on. When it comes to justice, this is an agent who has gone wild. There has to be something wrong with you if you find that unattractive.

Majestic is the best way to describe Eishi Tsukasa. We do get a glimpse of his less-than-regal side from time to time. ‘The radiant knight’ is what you’d call him. There are ten members of the Totsuki elite, and the first is Eishi Tsukasa. The best chef in the world and a beautiful person? YES, I WANT THAT! After seeing Shoto Todoroki in action for the first time, I was instantly enamored with him. He was the coolest character in the first season of BNHA. However, he appears in many fewer episodes in the following seasons (and I am pretty upset about that tbh). Todoroki is both sweltering and refreshing all at same. His ability to manipulate fire and ice is a result of inheriting a quirk from both his father and mother, one on each side of his body.

For the avoidance of doubt, I am not referring to Eren from seasons 1, 2, or 3. He was a squatter. However, the one and only glimpse we got of Eren in the season 4 trailer… Eren’s new look has gotten everyone giddy (including myself). Pupilhood has clearly taken a toll on Eren, judging by this picture.

In Fairy Tail, Gray Fullbuster is a friendly foe of Natsu Dragneel. To bring forth the best in each other, they continually compete. Gray’s skin is so sweltering that his garments simply won’t stay on. He strips a lot of the time without even realizing it (lol). Ice mage? That’s why. Isn’t it strange how you can be both warm and chilled at once? 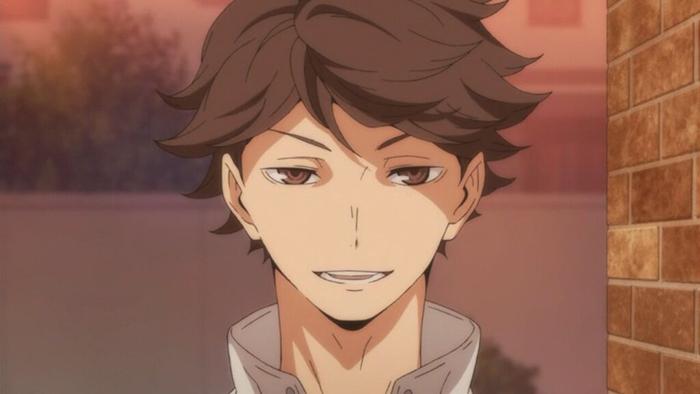 Toru Oikawa is a prankster, although he is extremely talented in his field. He’s always looking to enhance his own abilities. Constantly looking for methods to demonstrate that effort trumps talent. As a setter, he’s up there with the greatest in the show. Athlete and fun-loving? That’s what we’ve got here! Do I need to say anything else?

You can’t go wrong with Itachi Uchiha as a bad guy. This young man is a force to be reckoned with. Itachi, a villain in Naruto, was once the most popular character in the series. The fact that he is on this list tells me a lot about his character.

Among his peers, Sasuke Uchiha was widely regarded as the most popular person. Despite Naruto’s displeasure, every girl was awed by his appearance (well, except Hinata). Uchiha prodigies in the family run deep, and Sasuke is no exception. Despite his past as a villain, Sasuke has made a point of doing everything he can to atone for his sins and provide for his family. Awwww. 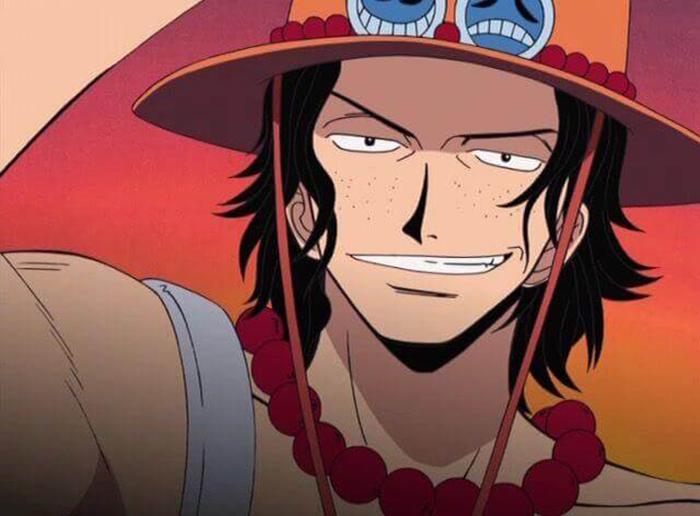 Astonishing work by Portgas D. Ace. He was able to change into a blazing ball of fire after consuming the Mera Mera no Mi (Flame Flame Devil Fruit). I am not just saying that because of his devil fruit, but because he is extremely hot! In addition, he faced up against some formidable opponents, including Smoker, Aokiji, and even Akainu.

You know I had to include Kakashi in my list of Naruto characters, don’t you? One of Naruto’s most gorgeous and coolest characters is encased in a veil of mystery, and he’s no exception.

No Usui on a list of the hottest anime men? Please! Usui is one of the best anime characters I’ve ever seen. Every single thing he attempts, he succeeds! I admire his height and stamina. You can’t help but fall in love with this enchanting protagonist. He maintains his modesty in the face of his prodigious abilities. Misaki is well-protected by Usui, who is always there to lend a hand. The world needs more people like Usui! Awkward moment for Brb. 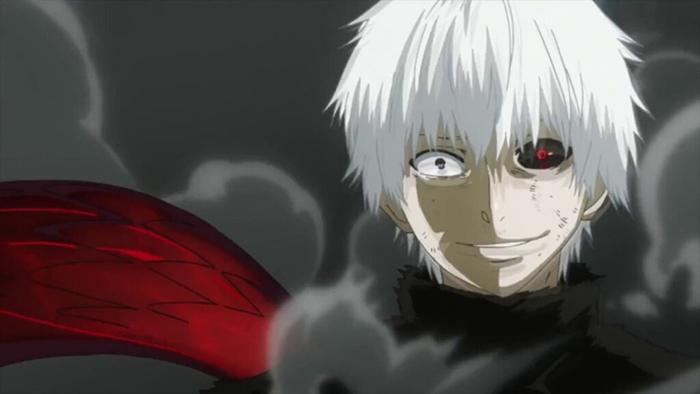 The main character of Tokyo Ghoul is Kaneki. In the beginning, he was just another guy. After he becomes a ghoul, he transforms into a fairly amazing character. He became one of the sexiest and coolest figures of all time after he was tormented by Yamori and his hair became white (at least according to me). My adoration for Kaneki endures despite my dissatisfaction with the show’s latter seasons.

It seemed like there was no way Levi wouldn’t be on our list of the hottest anime men. He’s the hottest character on the block right now. If you’ve seen Attack on Titan: Season 3, you’ll understand what I mean when I say Levi took down the Beast Titan. Let’s hoping he doesn’t lose any of his kakkoii character traits for the upcoming season. We’re all swooning over you, Levi heichou!