the sci-fi anime “Mahouka Koukou no Rettousei” takes place in a school setting, is a magical one. There are a total of 26 episodes in the series, each clocking in at roughly 23 minutes. Those who enjoy overly powerful characters with a hint of sibling incest will find enjoyment in this story. In some ways, ‘Aesthetica of Rogue Hero’ and this anime are very similar. Both anime feature a protagonist who is significantly overpowered. The shows are set in a school and feature magic and fantasy elements. Both films feature attractive women as the main characters. Magic has become all too common in ‘Mahouka Koukou no Rettousei.’ It’s no longer a myth or legend from folklore; it’s a useful piece of technology for doing chores.

First High School is a school where students learn how to use magic. As a result, their students are divided into two groups based on their performance on the entrance exam. The Blooms are a group of gifted magicians, while the Weeds must take a different path. When the Shibas are separated into two groups, Tatsuya and Miyuki Shiba are the only ones who know each other. Tatsuya enters the weeds, while Miyuki, a prodigy, enters the Blooms. However, this does not negate his abilities. His magic is out of the ordinary, and he’s a skilled fighter. Nevertheless, the trainers regard him as an outlier due to the aforementioned reasons. Fantasy and magic are prominent themes in the action-comedy “Ichiban Ushiro no Daimaou”. If Ecchi and fan service are your thing, then this is the show for you. When it comes to the premise, this anime is a lot like ‘Aesthetica of Rogue Hero.’ Both anime are filled with humor, action, and a little magic thrown in for good measure. Both have strong protagonists, although the character arc of the protagonist in ‘Ichiban Ushiro no Daimaou’ differs slightly from that of the former. Ecchi and fan service are heavily featured in the shows.

Akuto Sai aspires to make a positive impact on the world. The Constant Magic Academy is a well-known school for the study of magic. After enrolling in the school, Akuto meets ninja Junko Hattori and becomes friends with her. Both of the friends have a similar aspiration: to make a positive impact on the world. But when Akuto learns he will become the demon king, things go from bad to worse. As a result, Junko decides to leave his company. Akuto, on the other hand, is determined to show that his vision has not faded and that a prophecy cannot control his destiny. Three friends, You Kasukabe, Asuka Kudou, and Izayoi Sakamaki, are the focus of the story. They are psychics with great abilities, but they are dissatisfied with their current circumstances. They receive an invitation to the enigmatic Little Garden Island one day. A man named Kurousagi greets the trio when they arrive and tells them that they must participate in high-stakes tasks that test their psychic prowess if they want to win. The trio accepts the offer. Kurousagi is a member of the No Names, a group that was exterminated by the demon lord, who took their wealth and status with him. Now, the three companions must assist him and his community in reclaiming their former glories, which they lost. 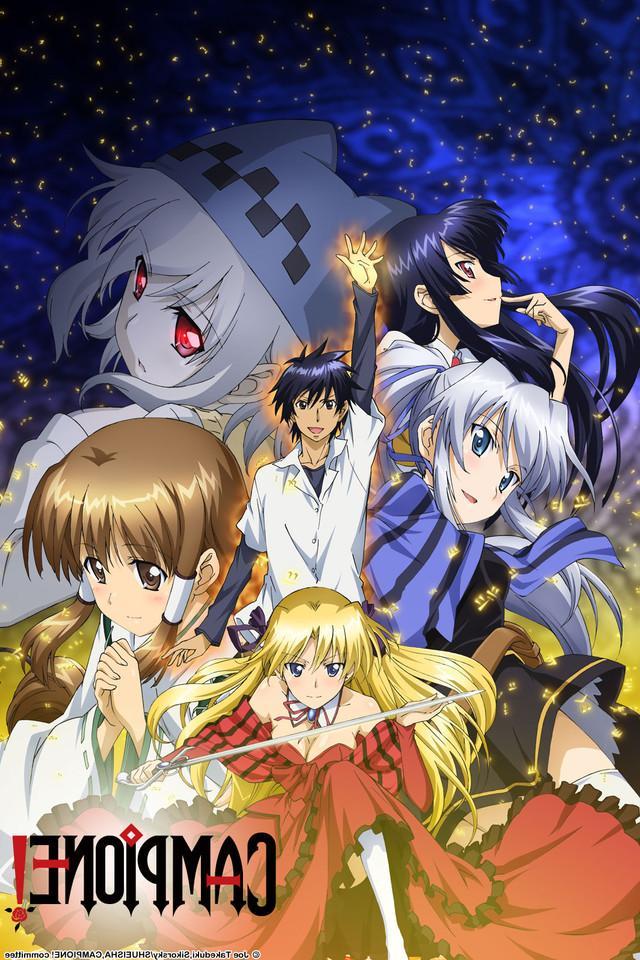 ‘Campione! : Matsurowanu Kamigami to Kamigoroshi no Maou’ is a fun and lighthearted anime with Ecchi and harem themes. It has a lot of nudity in it, so if you’re into that sort of thing in addition to action comedies, make sure you watch the uncut version. ‘Aesthetica of a Rogue Hero’ and this anime have a lot in common. Both feature strong lead characters who captivate female audiences. It’s an action-comedy with a dash of fantasy and magic in both of these shows.

During a mortal combat with the God of War, Kusanagi Godou (16 years old) defeats him, and his life is turned upside down. People now refer to him as a Campione, which means “God Slayer.” A position like this never appealed to him because of all the duties that came along with it, including the need to keep heretical gods at bay. That’s right—Godou is required to engage in god-bashing as a part of his duties. However, it’s not all bad because he attracts a slew of attractive female characters, turning him into a sort of harem king. All in all, the series has 13 episodes, each lasting 24 minutes. If you liked ‘Aesthetica of a Rogue Hero,’ you’re likely to enjoy this as well.. ‘Kaze no Stigma’ is an action-adventure magic-fantasy anime with a romantic undertone. A 24-episode series with a 24-minute episode runtime, it’s entertaining. ‘Kaze no Stigma’ and ‘Aesthetica of a Rogue Hero’ share a few traits. The protagonists of both shows are strong. Anime takes place in a fantasy world, and the characters have magical abilities.

There is a lot of focus on Kazuma Yagami’s life as a master of theFuujutsu art of controlling wind. After being exiled from his hometown for four years because of his inability to control flames, he has returned! This was exploited by his cousin Ayano Kannagi, who eventually defeated him and sent him into exile. When he returns, however, several members of the Kannagi family are murdered shortly after him. Yagami has been singled out as a prime suspect because of his bitter feelings toward the family. Will he be able to clear his name in the face of such overwhelming odds? An enjoyable anime with good comedy, an adequate plot and interesting characters is ‘Hataraku Maou-sama!’ another popular one. There are some action scenes in it, so if you like that kind of thing, you might enjoy this. Given the limited number of episodes, the anime’s character development is adequate. On account of its similarities to ‘Aesthetica of a Rogue Hero,’ the show is included on this list. In both shows, a demon from a different dimension appears. These anime’s main characters aren’t weak wimps; rather, they’re tough as nails and good at adapting to new situations. While ‘Aesthetica of Rogue Hero’ is chock full of fan service and Ecchi references, ‘Hataraku Maou-sama!’ falls short in this regard.

As the Demon Lord prepares to take over Ente Isla, so does Satan. Surely he will come out on top in this one, right? He’s got a huge demon army that he’ll never be able to defeat, right? Wrong! He prostrates himself in front of Emilia, the heroine. Aisel, the general of Satan’s army, and Satan himself travel to Earth in an attempt to save themselves. However, this is a bad location for them due to the fact that magic does not work in this location. No matter what, the demon lord, who begins working at the restaurant, will not be deterred from his plan to rise through the ranks and become the world’s supreme ruler! If you’re a fan of harem, Ecchi anime, then you’ve probably heard of ‘High School DxD,’ one of the most well-known. Aside from the excellent animation, the show has a respectable plot. Aesthetica Of A Rogue Hero shares some similarities with this series in that both focus on Ecchi-related elements and uncensored jiggle physics. The main characters in these anime can also undress the female characters!

‘High School DxD’ is an anime in the supernatural genre about angels, demons, and exorcists. Issei Hyoudou is a high school student who, like many of his peers, takes advantage of his youth by engaging in sexually explicit behavior. He and his buddies enjoy playing peeping tom. So it’s no surprise that when a woman approaches him about going out, he jumps at the chance. There are no problems on the date, but when the girl turns out to be a fallen angel, things take an unexpected turn. She manages to land a devastating blow, putting him in critical condition. Then there’s Rias Gremory, a brilliant demon and a recent graduate of Issei’s high school. As a demon and her slave, she transforms Issei into a pawn for her family’s benefit. He’ll have to put in his all to adapt to this new way of life even though danger lurks just around the corner.