It’s safe to say that the SNES won the war between consoles from the fourth generation.

Nintendo got some great ports, like the first release of Street Fighter II on a home console, and also had some of the best games made by Nintendo itself in the 2000s.

Even though the SNES has over 900 games that are a treasure trove of fun, most Western gamers missed out on many gems.

That’s because these great games were only ever released in Japan.

But with new SFC ROMs and translations, now is as good a time as any to play these games that were only available in Japan before. In 1982, one of the most influential mecha anime was Super Dimension Fortress Macross.

And this shoot-em-up does it justice by having some of the best Super Famicom gameplay.

Based on Macross: Do You Remember Love’s Parallel World, this game lets you control the VF-1 Valkyrie variable fighter as one of three different pilots, each with their own shooting style.

It’s hard, but even people who have never played a shoot-em-up before can do it.

As long as they keep trying, that is.

This action platformer really stands out because of its beautiful, interactive backgrounds and bright, clear graphics.

The controls are easy to use, and the fighting is fun, so it’s hard to put down.

And it better be, since there doesn’t seem to be a way to save.

Depending on the weapons you get, you’ll find new ways to move through the game, which makes it a lot of fun to play again and again. Tales of Phantasia is special to me because it was the first game in my favourite JRPG series of all time.

This old-school action RPG already had everything that makes the Tales series so appealing, like the usual high fantasy setting, a great story, and plenty of anime/manga tropes.

It also had a great dynamic combat system, even if the AI of the allies is well-known for being stupid.

If you like this kind of game, you should give it a shot.

This tactical RPG by Square is named after the most famous boss/summon from the Final Fantasy series. It lets you raise dragons to lead in your fight against the invading Granbelos Empire.

Each dragon can change into a new form based on what you feed it, like items, weapons, armour, or accessories.

Even though the game sold well in Japan and was praised for its creative gameplay and fun characters, it is still not available outside of Japan. “The Great Battle” by Banpresto was a popular series on the Super Famicom.

And the fifth one might be the best one so far.

You can play as one of four characters, each of which is a super-deformed (also called “chibi”) version of a giant robot or superhero from an anime like Gundam or Kamen Rider.

Along with the action-platformer gameplay that the series is known for, TGV added gallery shooting segments that are similar to Wild Guns and fit well with the Wild West setting.

This game is a lot of fun, even if you can’t read Japanese. It has bright graphics and a great two-player co-op mode.

Fire Emblem’s great strategic battles were first seen by people all over the world in the 2003 GBA game with the same name.

But that was actually the seventh book in this series, which was only available in Japan before.

Genealogy of the Holy War, the fourth book in the series, is one of the best books from this era.

The game has great strategic gameplay, an interesting story, and fun characters.

I recommend this translation patch if you want to see it for yourself. When I was a kid, my favourite parts of the old Mega Man X games were the parts where you rode a mech. So when I first saw Gun Hazard, I was, to put it mildly, excited.

This game is exciting and takes most of the tactical parts of the original Front Mission and replaces them with action on the ground in your Wanzer.

When you kill enemies and finish missions, you get EXP and money that you can use to improve your bipedal walker.

You get to choose which weapons and defence systems to put on your mech, so you can rain fire on the enemy.

On the SNES, there were a lot of great MegaMan games.

Rockman & Forte looks a lot like MegaMan 8, but it’s a whole different game when it comes to how it’s played.

It also lets you play as two very different characters and changes how boss fights work.

In the past, it was “easy” to remember their patterns and make plans around them. But in this game, things are much more random and chaotic, so you have to change on the fly.

MegaMan & Bass (2003) for the GBA was the name of the game when it finally came out outside of Japan. Even so, the Super Famicom version is better than the other one. Especially in terms of how things look. 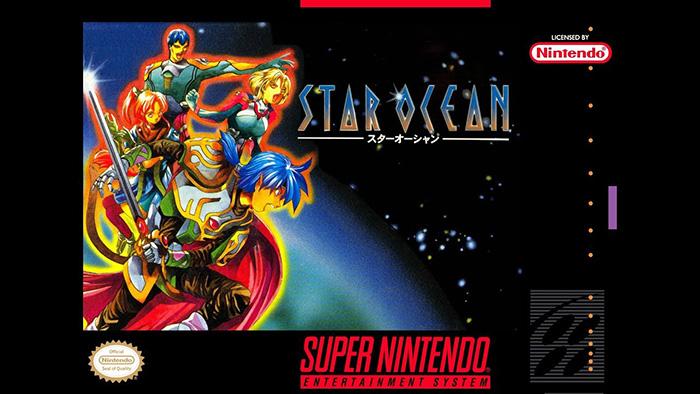 The second game in the Star Ocean series, SO: The Second Story for Sony’s PlayStation, made the series well-known in the West in 1991.

The original game for the Super Famicom never made it outside of Japan. We couldn’t play this great JRPG until Star Ocean: First Departure for the PSP came out in 2008.

“Private Actions” was one thing that it added to the JRPG genre.

Because these events have a lot of dialogue, you can learn a lot about each member of your party.

It was a great way to learn more about your friends, and soon other series started doing the same thing.

Check out this translation patch if you want to play this game in all its 16-bit glory.

Fire Emblem: Thracia 776 came out in 1999. Intelligent Systems made it, and Nintendo put it out. Fire Emblem: Seisen no Keifu and Fire Emblem: Monshou no Nazo are two other games in the series that were only on the SNES and never came over.

Fans have translated all three games, but Thracia 776 was chosen because it was the most recently translated game as of 2019. Also, the game itself came out late for the system and was an odd choice.

Rudra no Hihou came out in 1996. Square made it and put it out. Like Fire Emblem, it is a Square game that was only made in Japan and never made it to the West.

Live A Live and Bahamut Lagoon are a couple of other examples. Treasure of the Rudras is a turn-based role-playing game (RPG), which is what that company did best on the SNES.