If you’re a fan of the genre, you’re going to have a hard time enjoying the experience if you’re distracted by a goofy creature that doesn’t really terrify you. How do you foresee the monster when it’s a different person in control every time? That’s one of the reasons we think asymmetric multiplayer games in the horror genre have become so popular. Playing as a horror movie villain has never been so much fun as it is in Dead by Daylight, which puts players in the blood-soaked shoes of a variety of archetypal villains. For Freddy Krueger, it’s understandable that he never considered changing careers. 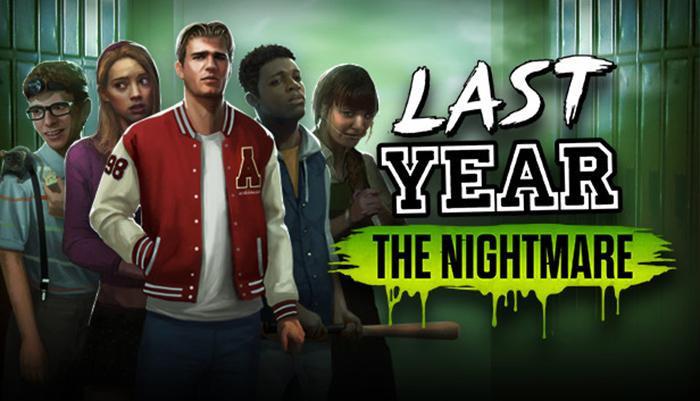 Horror film themes are used as inspiration for this clever multiplayer game. It takes the combined efforts of five high school students to combat the supernatural force that stalks their campus: the burly jock, the cocky nerd, the astute leader, the animal-lover dork, and the prom queen. For good measure, it’s Halloween night.

Last Year’s one-vs-many dynamic will be recognizable to Dead by Daylight players. The role of the assassin is assigned to one player, who can choose from three different eerie assassins. Other people are students, and they must work together to accomplish tasks that will help them flee their savage pursuers. They are not alone.

The gameplay is similar to Daylight, but many of the game’s finer elements are based on the popular Left 4 Dead video game series. The most notable difference between Last Year and other survival games is that death is not final in Last Year; if a survivor is killed, they are thrown into a closet and can be rescued by another survivor.

A Jigsaw-like madman kidnapped six people and forced them to live in an isolated facility, where they must obey his every command. As soon as the lights are switched back on, the mutant virus that has infected two of them turns them into monstrous monsters with a taste for flesh is destroyed, and they revert to human form. All of the uninfected must band together to accomplish their goals before the infected begin munching on their faces.

Deception stands out from the rest of the pack due to its innovative usage of social deduction aspects. One of the most important aspects of your mutant role is convincing the uninfected that you are, in fact, another mutant in order to escape being shot in the back.

One of the easiest methods to keep the crosshairs off of yourself in Among Us or Town of Salem is to convince everyone to point the finger at someone else. With a good mutant player who can play the room like a violin and protect their guise with convincing arguments and plausible deniability, deception is most enjoyable. Coraline meets Dead by Daylight in this free-to-play Android and iOS mobile horror game. An amnesic local investigator is hired to examine the run-down mansion where James Recihenbach’s daughter was last seen after she went missing.

Identity V’s scary, button-eyed avatars and desaturated hues contribute to the game’s eerie mood. This game is made even more enjoyable by the clever use of auditory prompts.

If you aren’t used to free-to-play games, the in-game monetization may be a turnoff, but it has no effect on the gameplay itself, making Identity V a terrific Dead by Daylight replacement at an unbeatable price.

Hide and Seek is a spin-off of the Hello Neighbor franchise that incorporates the Hello Neighbor formula with asymmetrical multiplayer and social deduction party game components. They must break into their neighbor’s house in order to rescue their friend from his basement in Secret Neighbor. The children must discover six keys scattered about the house in order to get entrance to their father’s secret chamber. Because it contrasts so starkly with the game’s bright and cartoony style, that idea is all the more unnerving.

One of the gang is actually the Neighbor himself, in an unpleasant (but predicted) twist. Because of an occult ability, he can take the form of any youngster in the group, username and all, and rescue them. When employed correctly, the Neighbor’s ability can create havoc, dividing the squad and allowing him to kill the kids one by one.

In Secret Neighbor, the asymmetrical horror of Dead by Daylight is simplified into a game that’s easy to understand and entertaining to play. Secret Neighbor, on the other hand, has a vast player base, thus finding a pickup partner is never a problem. 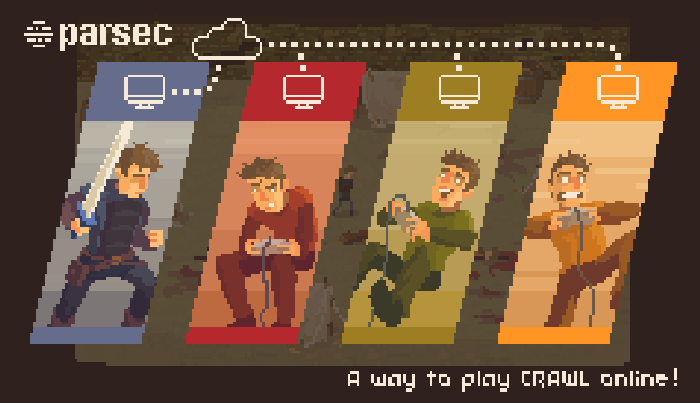 Gothic, local multiplayer dungeon crawler with four players battling to keep their humanity. At the beginning of a match, one player assumes the role of the hero, while the other three players take on the role of ghosts. The hero must through a dungeon filled with strange monsters and terrible traps in order to reach the exit. By killing the hero, a ghost can steal the hero’s humanity, turning him into a ghost while the killer repopulates as the new hero.

Ghosts don’t exist in the physical world, hence they cannot hurt our brave dungeon delver. It is possible, however, for the dungeon to be occupied by ghosts, which allows them to annihilate the hero in a variety of horrible and inventive methods.

When it comes to “duck, duck, goose,” Crawl is a comically violent spin on the classic game. You can play Dead By Daylight-style asymmetric multiplayer games on your couch with this app. Crawl’s nostalgic appeal comes from its physicality, which allows you to jostle and taunt the person next to you.

Fright Night: The Game is set in one of five maps taken from previous Fright Night films. Randomly chosen to play Jason, while everyone else plays camp counselors who could be Jason’s prey.

One of Jason’s primary responsibilities is to hunt down and brutally murder all the campground staff. For some reason, Jason has the ability to detect his victims from unimaginable distances and then magically appear behind them while they’re still alive. They don’t make much sense in the actual world, but they lend him an unpredictability that is genuine to the film’s source material.

While they figure out a method to get away, the camp counselors must use the equipment and weapons they uncover to slow down Jason’s pursuit. Having a group on your side increases your chances of surviving, but when Jason gets his hands on a counselor, it’s everyone for himself.

Friday the 13th: The Game fits neatly into the Dead By Daylight-inspired genre niche. With only one playable baddie, the game misses some of the Daylight’s variety. Even so, the game’s suspense is kept at an uncomfortable level by the unpredictable nature of Jason’s abilities, making it the ideal successor to Dead by Daylight. IllFonic appears to be the company you come to if you want to adapt your 1980s horror property into an asymmetric multiplayer computer game. A cold-blooded Yautja murderer from a technological civilisation planets away replaces Jason Voorhees, the axe-wielding campsite killer from last year’s The Witcher 3.

If you’re looking for a more action-packed experience, Predator: Hunting Grounds is your best option. In remote jungle settings around the world, these elite forces encounter waves of guerilla soldiers that stand in their way of achieving their goals. A distraction from their core goals, the Predator is a nuisance that they must deal with on top of their regular duties.

As a result of the “survivors”‘ abilities, the hunter and the hunted have a unique relationship. In spite of the Predator’s advanced alien technology, four veteran troops armed with assault rifles defeat it handily. The Predator never feels like an unstoppable force, unlike Jason in Friday the 13th or the countless monsters in Dead By Daylight. As a result, its stealth-focused skills make it a constant menace to be on the lookout for, lest it take you away from your buddies when they aren’t looking.

As a slower, more cerebral alternative to games like Dead by Daylight, White Noise 2’s light-centric gameplay and stats-based RPG features give a unique perspective on the asymmetric horror experience.

While fending off the spectral nightmare that stalks them, up to four survivors must gather eight clues to conduct an ancient ritual to halt the awakening of an arcane, primordial evil.

In White Noise 2, the monster’s only weakness is light, which is why the flashlights that the survivors use to illuminate the dark corridors also function as their primary defense. Throughout the levels, players will find useful objects like flashlight batteries and incense that, when burned, indicate the position of the creature they’re battling.

The fifth player is in charge of controlling the monster. For the beast to hunt and for the survivors to play the map, players must select one of eight freak types. Each freak kind has its own set of abilities. As an example, the Rusalka can lay down Energy Traps that disable spotlights and reveal the location of the investigators, and the Olkoth can temporarily disappear.

The nearly infinite combinations of creatures, characters, and equipment create for a game that is nearly infinitely varied. Depending on the type of monster, certain hero lineups will be more equipped to cope with it than others; the challenge is in figuring out how to balance the strengths and limitations of each team. In Depth, four divers must defend their robot buddy from two sharks while it searches for wealth on the ocean floor.

Playing a man-eating shark is a lot of fun, as you might expect. Clumsy humans can only make slow progress in these waters because of their cumbersome appendages and absurd breathing equipment. It is your job to keep the divers from hiding for long because of your stealth and speed, and your sonar pulses and excellent sense of smell ensure that they cannot.

Humans must be commended for showing up well-prepared. The money they earn from treasure hunting allows them to purchase increasingly sophisticated equipment and weapons to defend themselves from underwater predators, such as net guns and sonar beacons. When you arm them with automatic guns and concealed mines, they have a fighting chance. They also have the numerical advantage – four to the sharks’ two.

When it comes to asymmetric multiplayer games, Depth doesn’t disappoint whether you’re the hunter or the hunted, unlike many other games. The great map design, which incorporates sunken ship carcasses into tough patterns, is a big part of the reason.

When you play In Silence, the monster has awful eyesight, making it an asymmetrical horror game. Just believe us when we say he’s a lot more terrifying in person.

Rake is a big naked mole-rat with a large, toothy jaw that extends down the front of his torso that is played by a single actor. The world appears to be a confused mess to him, yet his hearing and speed are both extremely acute. The survivors must work together to get out of the forest or kill Rake before he eats them for breakfast.

The fact that Rake can hear even the faintest ruffle from hundreds of feet away is fortunate for him because, as a legally blind man, he needs to rely on his ears to find the survivors. You can only converse with other survivors via proximity voice chat, which, of course, produces sound. As a main source of suspense in In Silence, the survivors must work together without making enough noise to rouse Rake’s curiosity.

Dead By Daylight with a fantastic new monster is what In Silence is all about. This is obviously a wonderful thing, but with only one terrain and only one sort of monster, there isn’t much to do in the game itself. Even so, if you’re looking for a Dead By Daylight knockoff, give In Silence a shot.