Even though the keyboard and mouse are the old standbys of PC gaming, they are by no means the only way to play games on a computer. PC games now usually support Xbox controllers and a wide range of other dual-analog controllers out of the box, and sometimes they even recommend it. Here are 15 big PC games you should play with a gamepad, whether you’re using a fancy Xbox One Elite or one from our list of recommended controllers. Don’t be fooled by Cuphead’s beautiful cartoon graphics. It’s a tough bullet-hell platformer where the smallest mistake can kill you. So, you’ll need the accuracy of a traditional controller, especially one with a great d-pad. If you play Cuphead with a controller, you’ll have much more control over how you move and it will be much easier to jump, shoot, and use special attacks all at the same time.

Batman: Arkham Knight is a third-person action game that just doesn’t seem to work well with a keyboard and mouse. Here, a gamepad will make it easier to control the camera and your character. Full analogue movement should help with the game’s stealth sections and the Batmobile, which can switch into “combat mode” and turn in any direction with a full 360-degree radius. 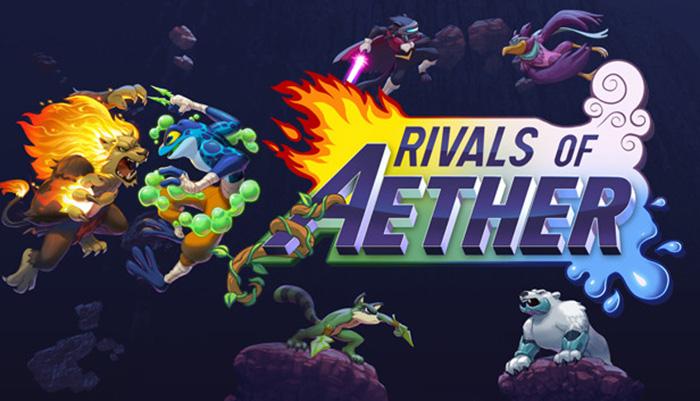 Rivals of Aether is a fighting game that looks a lot like the Super Smash Bros. games and puts a lot of emphasis on competitive play. So, if you want to really get into the first worthy alternative to Nintendo’s long-running fighting series, you’ll need a gamepad with two analogue sticks. And if you’re really serious about it, you might want to use these drivers that let you play the Steam version of the game with a GameCube controller.

The best way to play the Dark Souls action-RPG series, including Dark Souls III, is with a controller. If you’ve played Dark Souls and Dark Souls II on a PC without a controller, we’re very impressed, but you could make it so much easier on yourself! You’ll find that controlling your walking speed with the analogue stick is very useful for sneaking up on enemies or quickly moving through menus while you’re in combat. Okami HD is a remastered version of one of the most popular action-adventure games for the PlayStation 2, so it makes sense that it can only be played with a controller. This beautiful cel-shaded game is basically Capcom’s answer to The Legend of Zelda, and the best way to control the wolf-goddess Amaterasu through its mix of combat, platforming, and puzzles is with a traditional gamepad.

The massively multiplayer online RPG from Square Enix is always getting new content, so it’s worth your time to check it out with a controller whether you’re just starting out or starting a new character class. MMOs might not seem like a good fit for controllers, but Final Fantasy XIV was made with them in mind. They’ve made it very easy to use and switch between the many combat skills, so you can get that rotation down and do a lot of damage. Nier: Automata is a game designed for consoles, which means it has a controller. With a keyboard and mouse, it can be hard to do a lot of the things that are easy to do with a controller. To dodge, you have to press W, A, S, or D twice, and the camera sensitivity isn’t set up for use with a mouse. There are also times when the game turns into a top-down shooter, which is hard to do without analogue controls.

Any driving game has to have analogue controls, it’s a must. Rocket League is a popular online game that combines racing and soccer (or “football,” if you prefer). It’s a competitive game, so you’ll want any edge you can get. In a game where you have to split your attention between the ball and other players trying to run you over, having full control over your steering radius and more stable control over the camera can be very helpful. Nioh is an action-RPG game like Dark Souls that is very hard, so you’ll need a controller if you want to beat the supernatural demons it throws at you. In this hellish Samurai game, you often have to slash, dodge, and switch stances in a matter of seconds. While mouse and keyboard support was just added, a gamepad will help you keep track of all the chaos better.

Hollow Knight is a game in the “Metroidvania” style, which was popular on systems like the SNES and PS1. So, if you want classic Castlevania-style gameplay but have had enough of Bloodstained: Ritual of the Night, you can get pretty close by using a controller to play Hollow Knight. The game doesn’t use the mouse in any way, so it’s best to use a gamepad. Bayonetta is a pretty simple port of the 2010 PS3/Xbox 360 version to the PC. You should be able to play this game with a keyboard and mouse if you change how sensitive the mouse is, but it should be clear that it was made for a controller. Bayonetta comes from the same line as Devil May Cry and other stylish action games that make the most of what a gamepad is good at. The developers even say on the Steam store page that it’s “best experienced with a controller.”

Trine 2 is a multiplayer game that can be played on multiple platforms. In Trine 2, the player takes control of three heroes: Amadeus the Wizard, Pontius the Knight, and Zoya the Thief. They continue their adventures together in a magical kingdom.

great game for getting used to Steam’s weird controller. Platform games are hard to play, but anyone can get better at them by playing them, especially with Steam’s touchpad. Bethesda Game Studios made Fallout 4, which is an RPG video game. It came out in 2015, and it is the fifth game in the series. In the game, the player has to find his lost son in a post-apocalyptic wasteland full of monsters.

I wanted to play a fun game with my new Steam Controller. Fallout 4 was suggested to me by a friend who knew I liked games like that. It’s a survival game set in a world after the end of the world. The game is fun to play and easy to get hooked on, and I love the exploration parts. The graphics really are something to behold. I haven’t had any trouble getting the game to run on my new PC. Fallout 4 is a great game.