Most people use the Apple Watch as a tool that helps them keep track of their activity levels with custom measurement units for activities, notifications, and, with the Series 4 and 5, their heart health with the Apple Watch ECG feature. That’s a good understanding of the device, and the Apple Watch can become even more powerful and useful with some useful third-party apps. But that’s not all it can be used for. It can also be used to play games! There are many fun watchOS 8 games out there, and I’ve played most of them to make your life easier. So, here are the 15 best Apple Watch games for 2022. Pocket Bandit is one of my favourite paid games for Apple Watch because of how fun it is to play and how well it uses the taptic engine and Digital Crown.

In the game, you have to break into vaults to steal money, jewels, and other valuable things while being careful to avoid the anti-theft devices that some vaults have. This is a great game to play on your Apple Watch to pass the time.

I love playing strategy games on my iPad, and if you do too, you should try Tiny Armies on your Apple Watch. The game has a lot of different ways to play, like by yourself or with friends. It also has an iMessage app that you can use.

The game is played with simple swipes, but the levels get harder as things like lakes and mountains are added to the environment. Since this is a turn-based strategy game, you have to think ahead because every move matters. Rules! is a fun puzzle game for the Apple Watch that has challenging puzzles that help your brain grow. If you’re looking for the best puzzle games for the Apple Watch, you should try Rules! This game was made by TheCodingMonkeys. It was also the Editor’s Choice on the App Store, which is a very high honour.

To get through levels in this game, you mostly have to follow the rules. But the rules from the previous levels still apply to the new levels. They are just called “Rule 1,” “Rule 4,” etc. So, if you want to move on to the next level, you have to remember all the rules you’ve learned so far. It goes without saying that this game gets hard pretty quickly.

All you have to do to blow a bubble is tap and hold on the screen. When the bubble fills the dotted line, you can let go. If you let go of the bubble too soon, it will pop, but if you hold on to it for too long, it will burst. Your game is over either way. Bubblegum Hero is surprisingly fun for something as simple as it is. 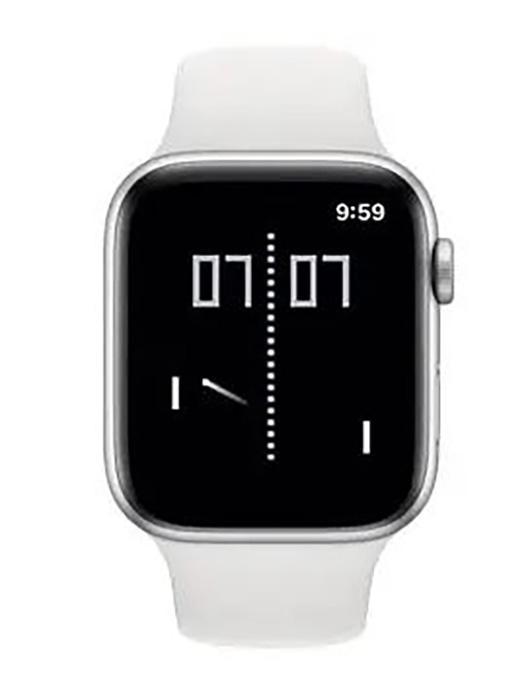 Everyone knows what Pong is, and this game lets you play it on your wrist. As the name suggests, Pong for Apple Watch is a game that lets you play pong on your wrist. The controls are easy to use and are done through a digital crown. This gives you the perfect control you need in a game of pong. The fact that the game is free makes it even better.

I put Wordie on my list of the best free Apple Watch games because it is a fun game to play on your wrist. You will be shown four pictures that all have something in common, and you have to figure out what the word is by looking at the pictures.

Sounds easy? At first, it is. But after a few levels, you will start to wonder what the pictures are trying to hide from you. It’s a fun little game to play, and I usually start it when I need a break from work and want to clear my head a bit. 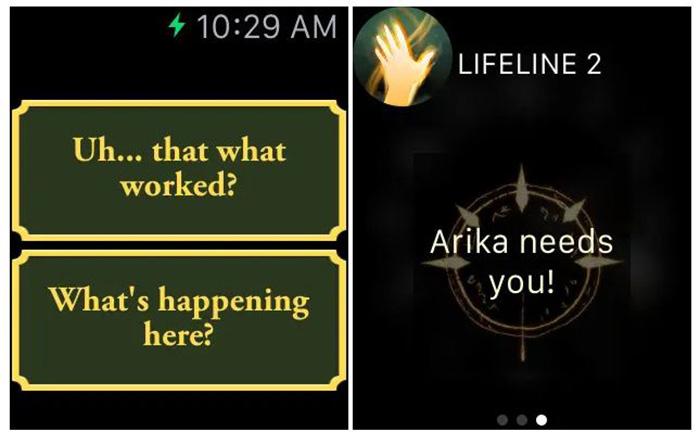 Another game with a story that you can play on your iPhone, iPad, or Apple Watch. Lifeline 2 is the second game in the Lifeline series, which blew up the world when it came out. The style of the game is very similar to that of Timecrest, but the graphics are better, there is a lot of new content, and there are no in-app purchases. The only bad thing is that Timecrest was free and this one costs a dollar.

This one is kind of like hitting the jackpot. This single, fairly cheap watchOS game has 24 minigames inside of it. This game, which costs only $0.99, includes games like 2048, Blocky Bird, Car Car, Stick Jump, Tennis, and more. So you get puzzle games, action games, card games, racing games, and sports games all in one tiny little package. With this game on your Apple Watch, you can have hours of fun.

The only reason I put this game so far down on the list is because it sometimes has bugs that make it hard to play. But the money is well spent. 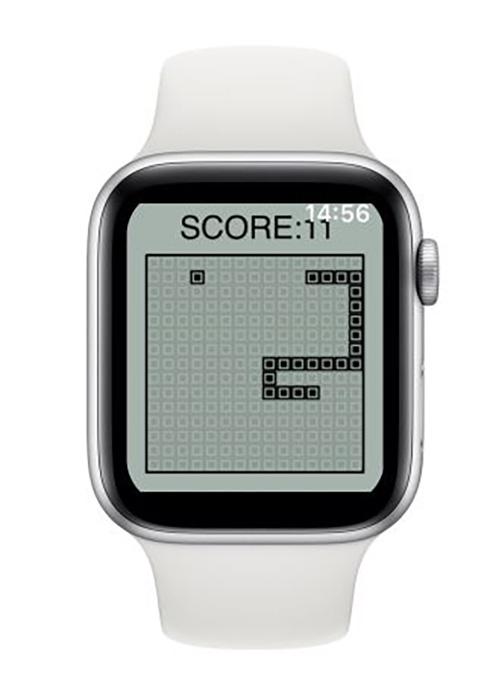 Nothing makes me happier than playing the old-school snake game on the sleek screen of my Apple Watch. This classic game pack has 20 minigames that you can play on your Apple Watch, Apple TV, iPhone, or iPad. This pack has games like Mine Sweeper, Maze Man, Brick Breaker, Sudoku, and the famous Snake game. Snake’s lack of use of the Digital Crown is the only thing I don’t like about it.

Challenge A Friend on Your Phone: Pong (Free)

Yes, you are right. With Pong, you can play with more than one person, which is a whole new way to play games on your Apple Watch. You can also play Pong by yourself. To move the paddle bar, use the Digital Crown. If you want to play with a friend, you’ll need to swipe up and tap “versus” in the app. Then, on your iPhone, choose the same option, and you’re ready to play! Since your iPhone and Apple Watch are in sync, you don’t have to worry about any delays.