At first glance, fishing might not be the exciting sport that most people want to do. It’s not a secret that sports like football and basketball have bigger fan bases than other sports. This is why there aren’t many “AAA” fishing games out there, and fishing is usually just a small part of games that people play. That doesn’t mean that fishing can’t be a fun hobby that works well in video games, though.

Fishing was in some of the first video games, but some fishing mechanics haven’t changed at all. Fishing in games like Red Dead Redemption 2 or Final Fantasy XV adds more depth to the whole thing, making it more interesting. Who can catch a big one? PlayStation 4, Xbox One, and Windows are all platforms that the game can be played on.

The Catch: Carp & Coarse doesn’t just focus on how many fish players can catch or how much their total haul weighs. Instead, the game takes a different approach. There are lakes and rivers and oceans all over the world where you can play this game. You have to catch one of the game’s 35 different types of fish.

The game also has a multiplayer mode where you can compete against each other, as well as more than 100 “Boss Fish” that are meant to put your skills and knowledge to the test. There’s also a lot of licensed equipment to give the game a sense of realism, and the graphics are impressive given the game’s budget.

There is a PS4 and a PC version.

At the time it came out, there were few video game series that gave players as much freedom as Shenmue did. There are a lot of fun things to do when players aren’t looking for sailors on the streets of the city of Dobuita. The list has only grown with each new game. When Shenmue 3 came out in 2019, fishing was added to the series for the first time. Duck racing came first, but fishing was added in 2019.

It’s true that Shenmue 3’s fishing mechanics are very simple, but there’s something calming about fishing in the game. Trying to find new places to fish, either on your own or by asking the locals, can be a lot of fun. If you want to make money, this is a great way to do it. You’ll need a lot of money to finish the game’s main story. The Sims 4 is another game that crams in a lot of different ideas and mechanics. Fishing is one of the many ways to make extra money. As before, there isn’t a lot of depth to the fishing itself, and there isn’t a lot of player interaction, either. But it does have one thing that very few other games with fishing mechanics have: you can make your own fishing rods.

You and your friends can make your own bodies of water. You can choose what kinds of fish live in your water, as well as how many there are. They can also improve their Sims’ fishing skills to get more valuable fish later on, which will reward them more and more over time. Some things are a lot easier than they should be, but this makes the mechanic a lot easier for people to figure out and use.

Playstation 5, PlayStation 4, Xbox One, and PC

If you make a game, you can add as many different mechanics as possible to make it look like you have a choice. Players, on the other hand, are only getting a bunch of half-baked ideas that don’t add much to the whole experience. Many modern games have lazy fishing mechanics because of this. Tales of Arise isn’t one of them.

In the game, there are 44 different kinds of fish spread across 12 different places. Each one reacts differently to certain lures and the way that players shake them. Afterward, players can sell the fish for money or use them to make a variety of meals that boost their stats and other things for a set amount of time. It doesn’t take long to find all 44 types of fish, and fishing can be very relaxing. This is a great way to spend time. PlayStation 4, Xbox One, and Nintendo Switch can all play this game.

Even if you don’t fish very often, chances are you’ve heard of Rapala lures already. For people who don’t know, they’re thought to be some of the best in the world. When you think about that, it’s easy to see why a video game developer would want to use the Rapala name in its fishing game.

A lot of people thought Nintendo did a good job with the Wii, but its old rival Sega had already been doing this for a long time before that. When the Dreamcast came out, Sega Bass Fishing came with a fishing rod controller. This made it easier for players to cast their lines with the flick of a wrist, rather than with the push of a button.

At the time it came out, it was one of the most realistic fishing games on the market, and its tight arcade gameplay made it a lot more fun than other games. This game hasn’t changed much in the two decades since it came out. It’s still a lot of fun to play and a good way to pass the time on a Sunday afternoon. 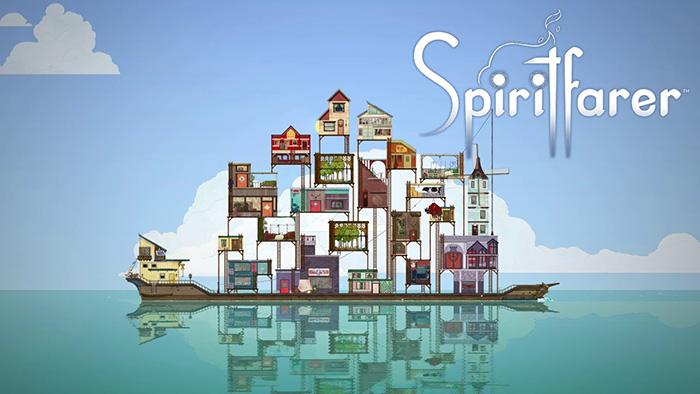 Fishing is a fun little game in Spiritfarer, which is a game about helping souls move on to the next world. Seeing Stella’s Everlight turn into a fishing rod as she relaxes on the deckchair is also very peaceful. The fishing itself is also very relaxing. If you want to catch fish, you’ll have to pay attention to the fish’s rhythm. But there’s also a certain pleasure in finding things that can get stuck to the side of your ship, which makes Stella’s food even better for the Spirits back in the kitchen. No happy spirits at all if you’re hungry, right?

Animal Crossing: New Horizons has added cooking so that you can fry up your fish. In reality, fishing has always been about giving the museum new things to look at. Each species adds to your aquarium wing and makes our old feathered friend happy in equal measure. Also, when you finish the wing in New Horizons, it gives you the hardiest fishing rod in the world, and now there’s a poster to show off all the money you’ve raised. And now you can go diving too to find a variety of sea creatures, like huge crabs and even pearls. Final Fantasy 15 has a lot of fun things to do, like racing chocobos and camping, but there’s something about its fishing that makes us keep coming back to play it. It’s a lot more complicated than you might think. When you find a marked fishing spot, you can catch two kinds of fish: those for cooking and the ones that are worth the effort. In order to reel in your fish, you’ll need to use the right lure, which can be a lot of work.