Are you ready to get lost in a board game that’s full of action, choices, and deep stories? The best campaign board games definitely deliver! The best choices will have a theme and story that your gaming group finds interesting. You can choose from a wide range of settings, from fantasy lands to maps of the real world, and from a variety of stories. Campaign-style board games tend to be complicated because that’s how the genre works. However, the level of complexity does vary, so think about whether your gaming group prefers a simpler pick or is up for the challenge of more difficult gameplay. Looking at Amazon reviews is a good way to figure this out. Also, since campaign board games are played over multiple sessions (like Dungeons & Dragons), you’ll want to keep track of how many sessions are needed to finish the campaign and how long each session lasts to make sure your group of players can make the time.

Aside from that, make sure that the game you choose fits the number of people who will be playing it. Campaign board games usually need anywhere from two to five people to play together, though some can be played alone if that’s what you want to do. And while most of these choices are best for older players, one of them is good for kids as young as seven.

There are also campaign board games with a twist, like games that work with a coordinating app that gives more instructions or a legacy game. Legacy games are a subset of campaign board games that can only be played once because you have to change the actual parts and pieces as you move through the story. For example, you might destroy cards or add stickers.

These seven campaign board games are sure to be a hit with your group, whether you want to play well-known games like Gloomhaven or less well-known adventure games.

A Fan-Favorite Campaign Board Game 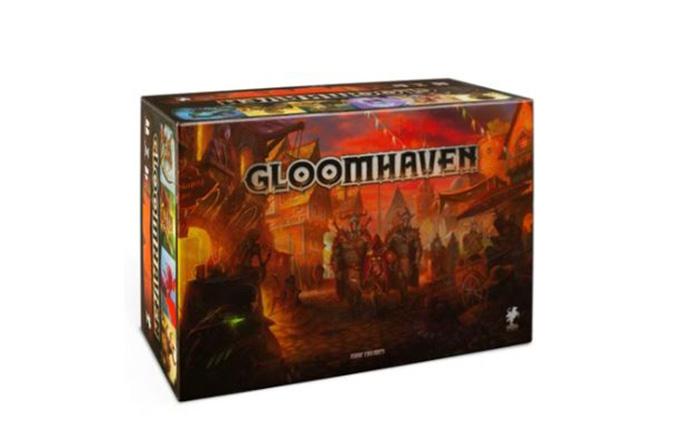 Gloomhaven is basically the best of the best when it comes to campaign board games, and I’m not the only one who thinks so. After more than 5,000 reviews on Amazon, the game has a near-perfect 4.8-star rating overall, with reviewers calling it “impressive” and a “masterpiece.”

Players have to work together as wandering adventurers to clear out scary dungeons and forgotten ruins. As the story goes on, players will improve their skills, find new places, and fight a wide range of dangerous monsters. This basic summary is meant to give you an idea of how awesome the game is, but there’s so much more to look forward to.

Gloomhaven is one of the most complicated games on this list. It has a lot of moving parts and a lot of content to play through, and you and your fellow players will need to be dedicated to it. The campaign book has 95 game sessions, each of which lasts 60 to 120 minutes, but most groups only play 65 to 75 of them.

“This game is huge in every way,” said a positive review on Amazon. A lot of hype, a big box, a lot of content, and a lot of fun. The game is a great mix of RPG, dungeon crawling, campaign, and legacy games. Combat, which makes up most of the game, is easy to learn but hard to get good at. Some parts of the campaign let you choose your own adventure. This makes it feel like your story and not like you’re just following a script. The way each character is played is different. The game also works well with different levels and numbers of characters.”

A Simpler Campaign Board Game For Fans Of Harry Potter 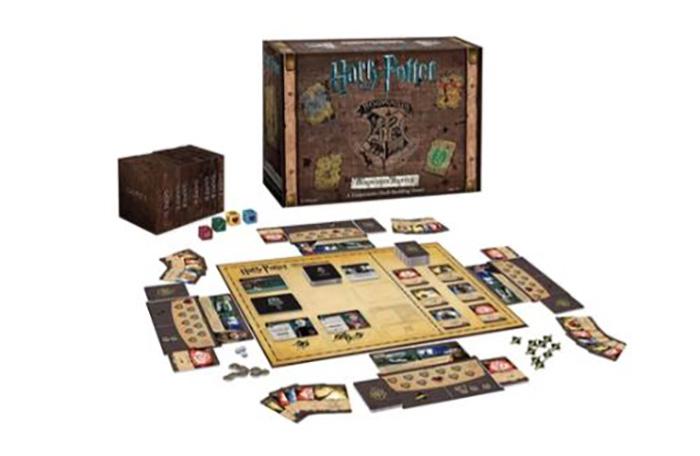 Harry Potter fans will have a great time playing Harry Potter Hogwarts Battle no matter which Hogwarts house they are in. The board game is easy enough for kids as young as 11 to learn quickly, and it lets players take on the roles of their favourite characters, like Harry Potter, Hermione Granger, Ron Weasley, and Neville Longbottom, to protect Hogwarts Castle from evil. Players have to work together to defeat bad guys and gain influence to learn powerful spells and find magical items. If you’re not sure about this pick, you should know that it has an amazing 4.8-star rating after more than 4,000 reviews on Amazon, which is a very good sign.

The game is played over seven sessions, each of which gets harder than the last. Each one takes about 30 to 60 minutes to play, making it a campaign board game that requires less time overall.

“Highly recommended board game for Harry Potter fans,” said a review on Amazon. It takes you on a campaign that is like the Harry Potter story. Adding new rules to a format that has been around for a long time. You’ll want to play more and more because of this. So drink your butterbeer and play games at the table.”

A Highly Rated Legacy Board Game If you want to try a legacy board game, Pandemic Legacy Season 1 is a popular choice. It has an amazing 4.9-star rating overall on Amazon, which is based on more than 1,000 reviews. In the story of the game, diseases that are changing are spreading around the world, and you and the other players have a year to work together to stop them. With each passing month in the game, you’ll have to deal with new goals, challenges, and rules, making it impossible to know what will happen next. Oh, and the legacy part of the game will have you ripping up cards, putting stickers on pieces, and even writing on cards as you play. It’s a lot of fun, but you can only play it once. However, you can play it for 12 to 24 hours at a time. Before you choose this game, though, make sure you and your other players like more complicated games. It’s a bit more complicated than some of the other ones on the list.

Positive review on Amazon: “Pandemic Legacy is a lot of fun! It’s great how the game grows and changes over time based on what my team does. Almost never are two games the same. We’re four months into our 12-month campaign and having a great time. I really suggest!”

A Competitive Campaign Board Game With Beautiful Artwork Near and Far stands out because it has beautiful art and a deep, interesting story (it even comes with a book of stories). In this campaign board game, the goal is to find a lost city. Along the way, players will explore different maps and make hard choices that will directly affect the story. They will also look for treasure, collect food, gear, and weapons, and hunt for it. Players will also have to fight against a wide range of enemies, such as thugs, statues that come to life, and robots. This campaign game isn’t cooperative like most, so it’s best for people who want to come up with their own plans and either win or lose.

The game isn’t too hard to play, but it might take a while to get used to it. Reviewers say that everything goes smoothly after that, though. “Once you’ve played it once, it’s really easy to play,” wrote one reviewer, adding that the rules seemed more complicated than they were. The game is played over more than 10 different 90-minute sessions, which puts the time commitment somewhere in the middle.

“Such a great game with so many ways to play it again and again. Once you get it, it’s easy to learn, but it takes some time to learn. You have a base town where you can get more supplies and add people to your travelling group. You also have a separate map where you can explore and camp. Depending on what happens in the game, it can be a bit like a “choose your own adventure,” where you are given a situation and can decide how to act. There are a lot of different maps, a mode for making characters, and a few different ways to play. “It’s a great idea.”

An App-Supported Campaign Board Game For Tolkien Fans 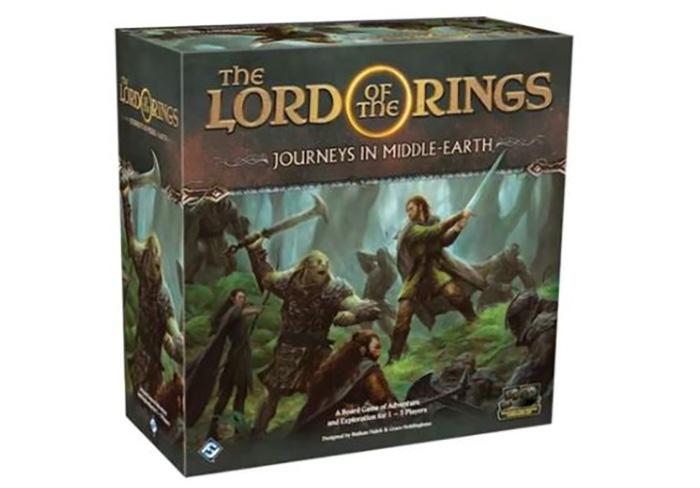 The Lord of the Rings: Journeys in Middle-Earth is a fantasy book that takes place in J.R.R. Tolkien’s world of Middle-Earth. Fans of Lord of the Rings and fantasy in general will love it. Players take on the roles of well-known characters from the show, and each one has its own special skills. As the dark forces gather, players must work together as a fellowship to solve deep mysteries and fight enemies, such as the marauding orcs and towering trolls brought to life by the 25 miniatures in the game. The free companion app helps players through each of the game’s 14 separate adventures and the whole campaign. The game is recommended for people 14 and older, but it isn’t as hard as some of the other games on this list. It isn’t simple and easy, but it’s not too hard either. In fact, one reviewer said it was “a lighter and MUCH easier to handle version of Gloom Haven.” Another player wrote, “Not completely hard, but hard enough to require some strategic thinking.”

“I’ve played quite a few Lord of the Rings games (like LOTR LCG, War of the Ring, and LOTR deck builder), and this is by far the best one I’ve played so far! I love how the interactive app lets you build the story of your own game. This is such a great idea, and it really lets the game’s story get deep without taking forever. The best thing about it is that it makes you feel like you’re in Middle-earth having your own adventure. There are risks and dangers everywhere. But (almost) always the heroes win! The ability to replay is HUGE!! There are an infinite number of campaign and map combinations. Every choice you make affects how your campaign turns out. Simple to set up and take down. It’s easy to learn, and if you like board games and Lord of the Rings, this is a must-have. Would definitely tell everyone to do this.” 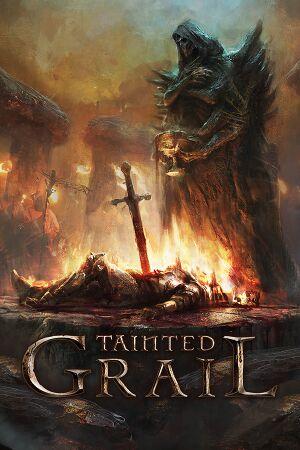 A big story that takes place in a dark, broken world that is slowly falling into the void. Smart encounters that don’t use dice make the game feel less random and more planned than other “RPG in a box” games. This is a game you can play by yourself and really get into. It has a story that doesn’t go in a straight line, so players can choose how to interact with the world around them. The decisions you make will change the story and the world around you, for better or for worse.