We already made a list of the best 3DS games of all time, and now it’s time to find out which ones are the best puzzle games.

There are a lot of great puzzle games on the 3DS, like the Professor Layton series, the BoxBoy series, and the Pushmo series.

If you like both the 3DS and puzzle games, you probably want to know which are the best puzzle games for the 3DS.

Most of you will know some of the games on this list, and some of you may even still play them. To save a world in danger, you have to think outside the box!

Help Qbby get through more than 20 puzzle-filled worlds by making boxes that fit together.

Just be careful, because there are a lot of obstacles in your way, so use a Shielding Afro or other boxy defences to protect yourself.

Then beat a few more stages to get cool square outfits like a superhero costume.

Try some challenges after you’ve made your way through a lot of levels.

In time attack, you have to solve puzzles to get through different levels as quickly as possible. This gives you a chance to see how good you are at making box-shaped defences.

If that wasn’t enough, Score Attack has you collect as many tokens as you can in the time limit while using boxes to lift yourself up and move around a huge stage.

The whole world is a puzzle, and you’re the only box boy who can solve it.

When a strange force chases the mysterious Espella through London, she tries to get help from the famous puzzle solver Professor Layton and his assistant Luke Triton.

But before the two of them can figure out what’s going on, Espella is taken away.

Layton and Luke are trying to find her when they find a strange book that takes them to the strange mediaeval city of Labyrinthia, where witches and magic are said to live.

At the same time, defence attorney extraordinaire Phoenix Wright and spirit medium-in-training Maya Fey are also teleported to Labyrinthia after finding the same book on a business trip to London.

Phoenix decides to defend Espella in court when he learns that she is going to be tried for being a witch.

Professor Layton tries to figure out what’s going on in Labyrinthia while Phoenix learns the strange rules of the land. Can these two experts in their fields work together long enough to save the day?

Professor Layton vs. Phoenix Wright: Ace Attorney is a game for Nintendo 3DS that lets you find out the truth.

Investigate the mysteries of Labyrinthia by solving puzzles as you go, and then seek justice in the courts of law.știindștiiștiinștiiștiiștii!știiștiiștiiștii!

Professor Layton’s knowledge is put to the test as he looks for clues, solves puzzles, and talks to the strange people who live there.

While that is going on, Phoenix Wright defends his client until the end in a courtroom that is very different from any he has been in before.

In Witch Trials, there are different laws and ways of thinking at play, so Phoenix has to cross-examine witnesses and sometimes talk to more than one person at the same time to find contradictions.

You can find Hint Coins all over Labyrinthia. If you get stuck on a hard puzzle, you can buy a helpful hint to point you in the right direction.

Switch between two different ways to play and get the best of both worlds as you try to solve a supernatural case with lots of twists and turns.

When the puzzle professor and the top lawyer work together, nothing can stop them from getting to the truth.

Mario and Donkey Kong: Minis on the Move This Nintendo eShop-only game requires players to place tiles on the bottom screen to help the Mini Marios reach their goal on the top screen.

There are more than 180 stages in the game, which can be played in four ways.

Players can also make their own stages and share them with other players. They can also play stages made by other players from around the world.

It’s time to once again think outside the box.

Our blocky hero, Qbby, has a brand-new power that lets him make TWO copies of his blocky body.

He will have to use every box to get through dangerous traps in 11+ worlds of tricky levels.

Learn new box formations and tricks to get past switches, spikes, and even lasers.

Once you know how to play, you can go to the bonus challenge world and use the Bunny or Ninja outfit to beat levels with a lower box count.

Your pockets are full of medals?

Take them to the store so they can buy new costumes like the Robo-Suit, read funny comics, and listen to BOXBOXBOY!

If you played BOXBOY!, you can use almost all of these costumes in BOXBOXBOY!

Professor Layton and the Azran Legacy Professor Layton and the Miracle Mask

Professor Layton’s first adventure on the Nintendo 3DS system takes him to the colourful city of Monte d’Or, where he must stop a mysterious man from causing trouble with the powerful Mask of Chaos.

The story is full of hundreds of puzzles that will make you think hard.

Also, you can get free daily puzzles for a whole year!

Professor Layton makes a triumphant return, but only for Nintendo 3DS. The game has a strong hint system that helps players of all skill levels, and it has an epic story full of puzzles that are all new. 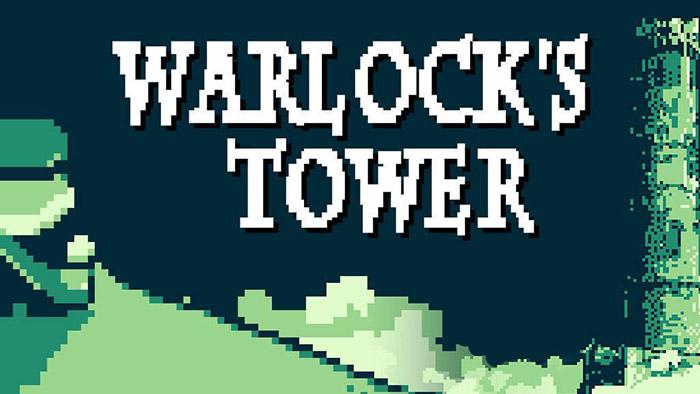 Warlock’s Tower is an old-school puzzle game with beautiful levels that follow a simple rule: each move costs you a life. As Tim, the mailman, you have to go through the tower and its confusing rooms full of hard puzzles to get to the top and give the Warlock a gift of peace. Every step costs a life point, there are monsters and traps everywhere, and some rooms can only be passed if two characters work together.

By becoming a Sushi Striker, you can help Musashi break the Empire’s cruel hold on the world’s sushi supply. Eat sushi from a conveyor belt and match plates and sushi types to beat enemies and bosses that stand in your way. Make friends with Sushi Sprites so you can use their strong abilities in battle.