Steins;Gate was a great sci-fi series with a lot of zany humor, and these 10 anime series are all about the same thing.

The anime series Steins;Gate is a fan favorite. Following Fate’s lead in a visual novel adaptation department, the anime takes viewers on a fascinating journey that will not only define the franchise but also what a continuous science-fiction series should be like.

The show’s persistent science-fiction concept meets lovable, well-developed characters, allowing viewers to simultaneously care about and fear the consequences of their time-traveling misadventures. It’s stressful, thoughtful, and exhilarating at various points. Sometimes, it’s lighthearted and comical. Those who have played the game, watched the anime, and even seen the movie can use these recommendations to satisfy their Steins;Gate cravings.

As time travel anime, Erased and Steins;Gate are an easy comparison. If we dig a bit deeper, we find that Erased has its own set of lovable characters and interesting time travel effects.

As a murder mystery, it stands out from the rest because of how it incorporates those components into a fascinating journey through a landscape of childhood memories, suspense, and childhood pain. Putting aside Steins;Gate’s gloomy tone, the series’ implications are brought into sharper focus through deeper personal ties and a more nuanced aesthetic, as the show focuses on the often-overlooked members of our collective past.

The Tatami Galaxy isn’t quite a time travel anime, but it does take a closer look at the implications of one’s decisions and actions, and it does so in inventive and humorous ways. Watashi is a college freshman who merely hopes for a carefree existence on campus, but his plans are derailed by his own conceit and the antics of his best friend Ozu.

Watashi’s character interactions and club activities are shown to be affected (even somewhat) by his choices in each episode, as this anime wonderfully and brilliantly depicts the antics of eccentric individuals and their exaggerated sense of self-importance. As far as sci-fi goes, the Monogatari Series has a lot to offer in terms of high-concept adventures and a diverse cast of female protagonists. The Monogatari Series could be mistaken for a harem anime if it weren’t for its in-depth exploration of the challenges faced by each character through a combination of grand mysticism and personal conversation that elevates it above the level of a simple farce (if it ever was one).

The visual congestion of this series is at its best, as it throws everything at the viewer’s eyes while also attempting to get them to listen to debates about physics, mythology, relationships, and the numerous choices that more-or-less haunt the human condition.

4. Rascal Does Not Dream of Bunny Girl Senpai

Character analysis in Rascal Doesn’t Dream of Bunny Girl Senpai is often compared to The Monogatari Series, but it brings its own taste of high concept character analysis to the table. Growing up can bring with it its own set of afflictions, including sudden invisibility, memory loss and even time-loops, all of which the characters must deal with in sci-fi fashion.

With its concentration on the awkward drama of these characters and their dialogue and interactions that are equal parts charming and weird, this sitcom stands out from the crowd.

5. The Melancholy of Haruhi Suzumiya The Melancholy of Haruhi Suzumiya, one of the most popular light novel-based anime, has defined and deconstructed the high school drama and shoujo while including a number of sci-fi metaphors of its own. Everything of Steins;Gate’s personality can be found in this series from its look at moe-ness and anime cliches to its larger than life, deluded commander. The “Endless Eight” episode of this show is legendary, as is the movie adaptation of the same name.

As far as science fiction and quirky characters go, Gintama is the pinnacle. Compared to Steins;Gate, it’s difficult to draw any comparisons, but it more than makes up for that in terms of personality and ambition. As the king of anime comedies, Gintama makes use of numerous pop culture references, digs at the otaku subculture, and the wide range of high-concept scenarios and plot twists that are possible due to the loose premise. Steins;Gate fans need seek no farther for character and adventure than here. Serial Experiments lowers the tempo once more. When it comes to sci-fi/thrillers, Lain is a year ahead of Steins;Gate. Lain’s introduction to the internet world introduces her to the seediness and abstractions that the interconnected landscape of the digital world affords.

With its exploration of digital dependency, disconnection from reality, and the underlying conspiracy, this series paved the way for later works such as The Matrix by setting the bar high for what a suspenseful and gritty anime can achieve.

Another, a Steins;Gate spin-off focused more on suspense and mystery than science fiction, is an excellent choice for fans of the genre. Everyone in Yomiyama North Middle School is plagued by the death of a girl who died inexplicably, and this haunting spreads to the rest of the community.

With each death, the show’s direction changes, making viewers more and more concerned about what’s really going on, and the slow burn and revealing of facts throughout the series keeps things suspenseful. 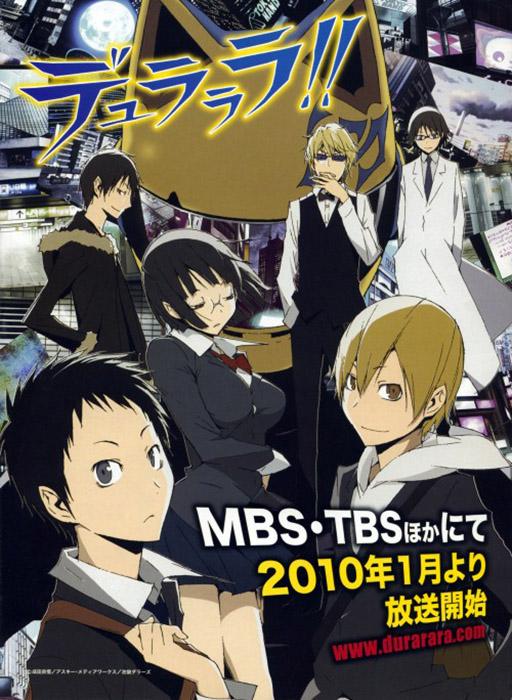 Steins;Gate fans will find a lot to enjoy in Durarara!. Gloomy, sci-fi, or noir, perhaps? Yes. If so, does it have a population of likeable and intriguing people? Yes. Do the protagonists’ immediate, ethically dubious choices have ramifications and riddles of their own? Yes.

When set in Tokyo’s Ikebukuro neighborhood, Durarara!! immerses the audience in its characters’ rich, nuanced backstories while also exploring the city’s increasing tribalism, making it a noteworthy work of anime fiction writing in general.

This collection comes to a close with a group of characters who lend a unique flavor to the sci-fi genre and animation. One of Shinichiro Watanabe’s most well-known projects, Space Dandy follows the adventures of Dandy and his crew as they search for new species of alien life throughout space. They encounter a wide range of science fiction adventures from many anime directors.

Those wishing for an anime that matches Steins;Gate in terms of likeability and ambition should look no further than a space opera complete with boob zombies, memory-stealing extraterrestrial creatures, space surfing, rock and roll, and a pompadour to lead it all.