The characters of Shonen anime are known for their extraordinary abilities. These shows have come up with some novel ways to demonstrate their characters’ powers.

Among the many subgenres of anime, the most known is shonen manga (sometimes written as shounen). Shonen animes are known for their mixture of action and adventure with comedic elements. The genre is primarily renowned for its combat scenes, yet these themes are essential to any shonen anime.. Action-packed battle scenes are a hallmark of many popular Shonen anime series.

Shonen anime’s fighting sequences are characterized by their characters’ many abilities. Thematically, shonen anime tends to focus on characters with unique skills. Some of these abilities, like the capacity to control ice or fire, are ubiquitous in the genre. However, a handful truly stand out. 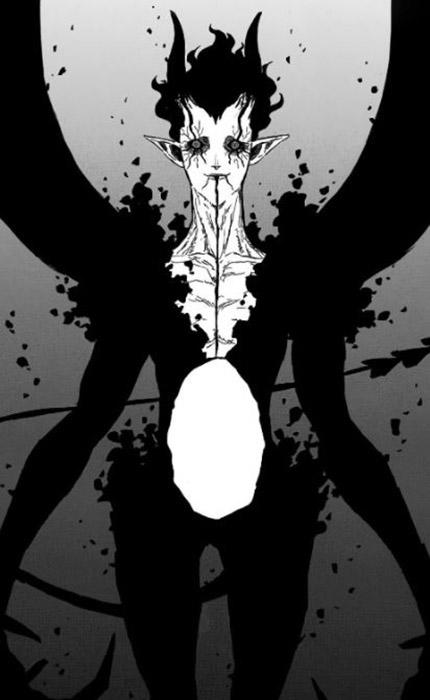 A magical orphan, Asta, dreams of becoming the next Wizard King, a powerful magic-user whose authority is second only to that of the Clover Kingdom’s King. There are no limits to the powers that can be possessed in a planet populated by skilled magic users. In Black Clover, there are numerous extraordinary powers, but “Kotodama,” or Word Soul Magic, is the most remarkable.

Only one person has ever used this power: the malevolent fiend Zagred. Zagred’s deranged mind responds well to this varied magic. The user of Kotodama is able to transform their surroundings in order to produce both physical and magical items simply by uttering their thoughts. The mystical trident of Zagred can be summoned, for example, or Zagred can mimic the magic of others.

Exiled prince Lelouch vi Brittania and his mission to overthrow the Holy Brittanian Empire are featured in Code Geass. “Geass” is a special power that only a few people possess in this parallel dimension. Among all the Geass, Shamna, Queen and Holy Priestess of Zilkhstan, has the title of most notable supernatural feat performer.

Shamna’s Geass bestows a godlike power to the user, allowing them to change the course of time and space. In spite of Shamna claiming that her Geass gives her divine insight, this is not the case at all. When she dies, she will be able to relive six hours of her life. As a result, Shamna is better able to anticipate and prepare for what is ahead.

It follows Ichigo Kurosaki, a brash young man with the abilities of a Soul Reaper, as he sets out to defend the weak against the forces of evil. For every Soul Reaper there is a distinct set of supernatural powers. There are numerous unique abilities in Bleach, but the Kido spell “Kagizaki” is unique among them all.

The Shiba Clan and its allies have used this Kido spell countless times. Objects or persons can be launched using the Kakaku Taiho, a large cannon, by using Kagizaki. It requires a lot of preparation and two incantations in order to work correctly.. Quick travel or massive devastation can be achieved by using Kagizaki.

It follows a group of formidable knights known as the Seven Deadly Sins, who were once renowned. Almost all knights are blessed with supernatural abilities that could be compared to those of gods or devils. “Disaster,” one of numerous unique abilities that appear in the anime, is by far the most imaginative and useful.

Fairy King Harlequin, Grizzly’s Sin of Sloth, embodies this type of power. As a Fairy King, Disaster has the ability to rule both life and death, which is a suitable power. Although the applications of this skill are unclear, it has been found to improve or impair a target’s inherent state. It can, for example, make minor wounds more serious or speed up the growth of a tree.

Natsu, Lucy, Happy, Gray, and Erza are all members of a wizards’ guild in Fairy Tail, which follows their exploits. If you’re looking for anything that stands apart from the rest of Fairy Tail’s magic, “Territory” is a good place to start.

Only Minerva Orland, a formidable Mage and regarded as the strongest member of the Sabertooth guild, has been known to utilize this magic. To produce different effects, she may modify the space around her. Furthermore, it can be used to cause explosions and alter the qualities of a target, among other things.

It tells the story of Deku, a Quirkless hero who, after showing courage, acquires All Might’s Quirk One For All after exhibiting his bravery. My Hero Academia’s Quirks feature a wide range of abilities, making it difficult to identify the show’s most identifiable talent. “All For One” is still the most imaginative song on the album, however.

One of the most well-known uses of All For One is a villain by the same name. When using All For One, it is possible to take a Quirk from another person. The Quirk can be used by the user alone, or it can be shared with others. Multiple Quirk assaults and multi-Quirk minions are both possible with this item.

Naruto tells the narrative of Naruto, a teenage ninja who possesses the spirit of the Nine-Tailed Fox and is a hothead. Many ninjas in Naruto have Jutsu that allows them to achieve incredible feats that are out of this planet. It is rare to find a Jutsu that surpasses those supplied by Kekkei Genkai, a genetic aberration that bestows unique powers. The Uchiha Clan’s “Sharingan” is the most distinctive of these.

The Kekkei Genkai is a trademark of the Uchiha Clan, but it has been used by others as well.. When it comes to the Sharingan’s abilities, most revolve around the user’s improved perception. It has been demonstrated to have mind-bending and reality-altering properties, as well as the ability to mimic the Jutsu of others. Sharingan’s powerful Genjustsu can, for example, be used to enslave targets.

Goku, the protagonist of Dragon Ball, sets out on a journey to become a stronger and more fearsome warrior. The alien Saiyan race in Dragon Ball has supernatural abilities. Intense training and a strong will to succeed are all that Saiyans need to improve their abilities and discover new potentials. One of the most impressive of these powers, “Invisible Eye Blast,” stands out among the rest.

This ability can be learned by almost any fighter, but Shin and Jiren stand out for their mastery of it. Despite the fact that Invisible Eye Blast is very weak, it can still be employed for a variety of purposes. Destroys and disorients unsuspecting adversaries are its primary functions. Invisible Eye Bast, on the other hand, can be used to deflect and even retaliate.

A young child, Gon Freecss, sets out to find his father, a world-renowned Hunter, in Hunter X Hunter. Nen, the ability to regulate one’s aura, is used extensively in Hunter X Hunter. An amazing set of powers can be possessed by those who master the art of controlling their aura, a group known as Nen-users. Nen’s “Crazy Slots” is one of Hunter X Hunter’s most impressive abilities.

Kite, a Hunter and a disciple of the renowned Ging Freecss, is the only one to possess this special ability. Crazy Slots is a Nen ability that is both unpredictable and powerful. It gives the player the ability to summon incredibly strong weapons at random, which they can only use once. Only a scythe, a carbine, and a mace have been used in the game thus far.

In JoJo’s Bizarre Adventure, we follow the Joestars, a family endowed with extraordinary abilities and tasked with fending off demonic threats. It is possible to summon Stands in JoJo’s Bizarre Adventure, a game in which numerous characters have the ability to do so. The “Baby Face” of the Stand is the strangest of all the unearthly talents that these beings possess.

Known as La Squadra Esecuzioni, Melone is a well-known hitman that owns this Stand. With the “Baby Face” Stand, you may make a second Stand that can be developed. It accomplishes this by using DNA samples to create a “Junior.” This second line of defense has the potential to mature into a formidable foe.

Like the “Crazy Slots” previously mentioned, Hunter X Hunter is chock-full of bizarre yet incredibly strong powers. Nen’s Hakoware ability is particularly baffling. An underlying aspect is incorporated into the fighting through the use of a system. In this approach, fighting can become a more lengthy and expensive process.

When it comes to Beast Hunter pugilists, just one person uses Hakoware: Knuckle Bine. As part of Hakoware’s “Amortizing Power Redirector” strategy, the “amortizing power redirector” (APR) has been included into combat. Knuckle’s aura can be borrowed and returned through the A.P.R., providing a resource that can be used against him. However, if an enemy takes on too much aura, it will go “bankrupt,” reducing its effectiveness. “Individual Ren Suppressor” A.P.R. will become (I.R.S.). The combat is over, and for the next 30 days, the opponent will be unable to use Nen. It’s a unique ability that has never been seen in any other anime.

Fullmetal Alchemist recounts the exploits of Edward and Alphonse, two alchemist brothers on the trail of the fabled Philosopher’s Stone. Their bodies, which they lost in an attempt to resuscitate their mother through Alchemy, the ubiquitous power in this anime, can be restored by this magical item Alchemy can be used in many ways, but Alkahestry is by far the most notable.

May Chang, the Xing monarchy’s sixteenth princess, is the only one who has access to Alkahestry. Rarely practiced in Alchemy, alkahestry makes use of the Earth’s enormous chi flow to achieve its goals. Those that use Alkahestry have a better grasp of chi. Because of this, they excel at medical transmutation, which allows them to transmit chi through the human body to cure illnesses. Alchemy is the only art that can be used in this way, making it the only one that can be practiced over long distances. There are several smaller skills that can be attributed to Alkahestry besides the capacity to perceive another’s alchemical abilities.