We’re glad to have you back!

In continuation of our two-part series from July, which celebrated the birthdays of some of your favorite anime characters, we’ve got a new post today. See who was born on whatever day between the 1st and 14th of July by visiting this page.

In the world of anime and manga, there is a wide range of fascinating characters. This wide range of characters and genres makes it challenging to come up with a top 10. This list of favorite characters took a lot of thought and effort to compile. As a result, we have a representative sample of anime characters whose creators claim to have given them a July birthdate.

Please let me know if I’ve missed any of your favorite anime or manga characters as you peruse the page. Post your choices in the comments section below. 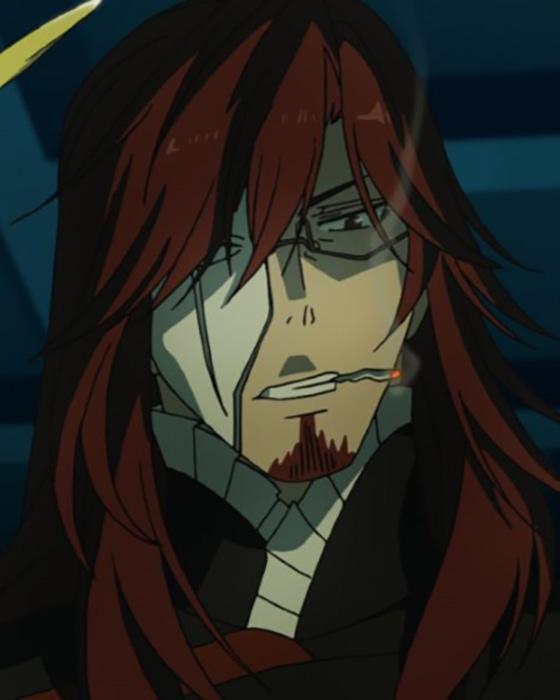 The 31st of July is my birthday.

Allen Walker’s tutor, Cross Marian, is shrouded in mystery. An exorcist from Europe, he is also a general of The Black Order and a member of its European branch. Even though the Black Order regards him as a brilliant leader, these ideals seem quaint and antiquated.

Wine, ladies, and gambling are the things that bring him joy these days. Cross’s dealings with other people appear demanding and demeaning. He makes Allen believe that Cross is a demon because he instills terror in him. He never loses sight of his duties as an exorcist and mentor, despite his outward manner.

Although he is a cryptic figure in the D. Gray-man universe, Cross Marian is an immensely popular character. In part, this is because Katsura Hoshino’s worldbuilding is so good.

Satsuriku no Tenshi Ep. 1 “Kill Me… Please” was her first anime appearance (2018)

It’s rare for a horror anime character to become a household name, but our ninth character is an exception to that rule. One of the main characters in Angels of Death is serial killer Isaac Foster. Zack’s childhood abuse prompted him to vow vengeance on anyone who had a pleasant existence.

After an accidental encounter with the Reverend Abraham Gray, his life would take a new direction. As part of this experiment, the Reverend would provide Zack with a place to live and permit him to kill as he pleased. Except for one person, he would cruelly dispose of anyone who happened to end up on his floor. Young girl wants to die, but the killer can’t carry it through like in a serial-killer movie. During their escape attempt, the two form a temporary alliance.

The popularity of Isaac Foster, an anime character, is unheard of. There are times when he is able to connect with his humanity despite the fact that he is a terrifying character. For aficionados of the horror and suspense genres in anime, Isaac “Zack” Foster has become a go-to character because of his complicated psychological makeup. First Anime Appearance: Episode 5 “What Can I Do For Now” of Boku no Hro Akademia (2016)

Mina Ashido, a U.A. High School girl who is bubbly and carefree, is an example of this. Class 1-A students are often stronger, but she is lagging behind academically. Pinky’s determination to one day become a professional hero is unfazed by this tiny setback.

Her Acid Quirk is a collection of acid attacks and defenses that she uses to deal with her foes. In the Quirk Apprehension Test, Pinky’s talents earned her a 9th place finish. Mina, on the other hand, is a huge fan of dance. She expects nothing less than absolute perfection from this one endeavor. Mina has an advantage in both melee and support fighting because of her Quirk ability and adaptability.

Shnen anime and manga have a large cast of characters. As a result, the protagonist is more likely to be loved by the majority of the audience. It’s fortunate that Mina Ashido’s vibrant and well-crafted personality has won her admiration from fans.

There are two characters in this anime, Meliodas and the Dragon’s Sin of Wrath. His innocent looks and cheerful demeanor conceal his true abilities as the Seven Deadly Sins’ fearless warrior leader.

Meliodas, the heir to the Demon Clan, fell in love with a member of the Goddess Clan. The Demon King cursed the couple once their romance grew. When Meliodas is resurrected, he is doomed to forget about their relationship because of his father’s curse. Seven Deadly Sins defeat Ten Commandments of the Demon King due of his desire to terminate this cycle

Even when it comes to his dealings with women, Meliodas isn’t your run-of-the-mill shonen hero. It’s clear that his icy exterior hides a profound emotional connection with a woman he’s never met before. Meliodas, who celebrates his birthday in July, is our seventh favorite anime character because of his dedication to love and spectacular fights. It was in the first episode of Assassination Classroom, “Assassination Time,” that he made his anime debut (2015)

Kunugigaoka Junior High School’s Class 3-E is led by Assassination Classroom narrator, Nagisa Shiota, who guides the students in their efforts to save the world. His quiet demeanor conceals a child who is thoughtful and observant. As a result, he sees himself as an excellent candidate for becoming an assassin because of this tendency.

Following his parents’ divorce, Nagisa resided with his mother. She wanted a baby girl, but it wasn’t meant to be. To cope, Mom forced the little boy to dress as a lady for the most of his childhood years.. After his placement in Korosensei’s class, he was able to overcome the psychological damage she had inflicted on him. He and his students would go above and beyond what educators and society had previously given up on. Nagisa was inspired to become a teacher by Korosensei’s faith in his student’s skills.

The figure of Nagisa Shiota acts as a light of hope, demonstrating the importance of supportive circumstances for personal growth. Fans of Assassination Classroom and anime in general will appreciate his well-crafted story arc. Ysei Matsui’s Nagisa is a fan favorite for a variety of reasons, including this one.

The 31st of July is my birthday.

This character, Grimmjow Jaegerjaquez, was introduced in the Arrancar storyline and is one of the series’ main villains. He is Ssuke Aizen’s sixth most powerful Espada. He wanted to rise to the position of most powerful Arrancar under Aizen’s command.

To represent his might in combat, Grimmjow was originally depicted as a panther akin to the Adjuchas-class Meno’s. The Pantera Zanpakut, a weapon of death and destruction, is wielded by the Arrancar form. In spite of their powers and aspirations, this character refuses to succumb to the temptation of a one-on-one battle. Due of this, some of the most memorable battles in the series occurred.

The 6th Espada is one of many adversaries introduced in Bleach by Tite Kubo. Bleach fans consistently place Grimmjow Jaegerjaquez, his Zanpakut, and his duel with Ichigo Kurosaki in the top ten of their favorite characters in the anime. Those surveys had Grimmjow as our sixth most beloved character, and he celebrates his birthday in July. Shingeki no Kyojin Episode 2 “That Day: The Fall of Shiganshina, Part 2” is the first anime appearance (2013)

Her name is Sasha Blouse and she is a member of the Survey Corps. The nickname “Potato Girl” was given to her because of her proclivity for hoarding food and her penchant for consuming large quantities of potatoes.

When she joined the military as a young woman from a small town, Sasha was a nervous wreck who couldn’t handle the pressures of military life. She evolves into a skilled fighter who is unable to turn their back on those in need of assistance.. Sasha was an excellent archer, horseback rider, and tracker as a result of her early experience living off the land. An assignment to be a sniper would put her on the route to her destruction because of these characteristics.

As the series progresses, Sasha Blouse remains loyal to herself and her underlying ideals. The manga’s editor convinced Hajime Isayama to reconsider his plan to kill her off earlier. Sasha Blouse has become a beloved anime character because to this disastrous event.

Boku no Hr Akademia Episode 1 “Izuku Midoriya: Origin” was her first appearance in an anime series (2016)

The main character of My Hero Academia is Izuku “Deku” Midoriya. Decku grew up dreaming of becoming a hero, despite being born without any special abilities. A chance meeting with the superhero All Might would bring his wish to fruition.

U.A. High School accepts Izuku and places him in Class 1-A thanks to the Quirk All for One. Dedicated to his studies, he has a particular interest in all things relating to heroics. He has very little time for extracurricular activities because of his obsession with superheroes. When it comes to dealing with a villain’s attack style, Deku’s knowledge is invaluable.

The path to become a hero leads Izuku Midoriya to blossom into an unstoppable force of nature, like any excellent shnen protagonist. Throughout his quest and growth, he never strayed from his original Quirkless principles. Because of this characteristic, the anime fandom continues to regard Deku as one of its most beloved characters. Sasuke Uchiha, a member of the Uchiha family of Konohagakure, is the prophesied heir to the Uchiha throne. Having a fascinating backstory lends to his complexity as a villain.

Getting even with a sibling who betrayed the Uchiha family is the beginning of Sasuke’s antihero journey. In the end, he became a ninja and became friends with the story protagonist because of his need for revenge. Obito Uchiha’s manipulation of the situation led to Sasuke leaving Team 7 in order to become a powerful ninja at whatever cost. He is on a collision course with Naruto Uzumaki as a result of his cruel path.

Anime’s villains come in all shapes and sizes, with a wide range of reasons and goals. Not one of the series’ spin-offs is exempt from this rule. Sasuke Uchiha’s loyal devotion earned him the second most popular anime character with a birthdate in July as a result of this understanding.

Shinigami substitute Ichigo Kurosaki leads a motley band of fighters in defending the mundane and astral domains against the demonic invasions. With his father and younger twin sisters, Bleach’s protagonist is a typical high school student. After an accidental encounter with the Gotei 13’s lieutenant, his concept of the world and the afterlife was shattered.

Ichigo has always had the capacity to see and communicate with spirits, even when he was a young boy. In order to defeat a Hollow, Rukia Kuchiki asks for his assistance. This event sets up his hero’s quest facing a variety of foes, including Dark Dragons, Espanda, Hollows, and Shriekers. As the stakes rise, Ichigo and his pals remain steadfast in their mission to protect their loved ones, no matter how tough the situation becomes.

Monkey D. Luffy, Naruto Uzumaki, and Ichigo Kurosaki are the three protagonists of the shnen series. It’s no surprise that these three and their anime counterparts are popular with the fanbase. As a result, Bleach’s Substitute Soul Reaper is our favorite anime character of the month.