Throughout our cinematic history, America’s love of the natural world has been woven into the fabric of our cinematic culture. Wilderness has always played an antagonistic role in films, playing into the “man vs. nature” cliche. Another use is as a stunning backdrop, lending an air of authenticity to the action or perhaps serving as a catalyst for personal growth, as in the recently released film “Wild.”

Whether it’s for dramatic or comedic effect, the great outdoors has been featured prominently in several films over the years. Here are a few examples. Reese Witherspoon and Laura Dern were both nominated for Oscars for their roles in this film adaption of Cheryl Strayed’s best-selling biography. When Strayed embarked on a 1,000-mile solo walk on the Pacific Crest Trail, which runs from Mexico to Canada, she had to face up to the destructive route her life had followed. From the Mojave Desert to Oregon and Washington, she walked through some of the most beautiful wilderness areas and national parks and monuments in the country. A total of 48 federally designated wilderness areas, five state parks, six national parks and twenty-five national forests are all included in the trail’s itinerary. Wild spaces may link us not just to each other but to ourselves as places for tranquility and soul-searching; the video brilliantly highlighted the outdoors and reminded us this.

Because of how well it depicts the Montana outdoors, the story of a family fly-fishing in Montana (based on a novel by Norman Maclean) has been praised for its positive impact on the local economy. It raised awareness on the issue of the Blackfoot River, which was unusable for filming due to its polluted status at the time (the movie was shotmostly on the Gallatin Riverinstead). Film critic Caryn James wrote that she “never believed [she] would say: I adore a movie about fly fishing” after seeing Robert Redford’s third effort as a filmmaker win an Academy Award for cinematography. This little-known, wonderfully shot picture stars Charles Martin Smith as Canadian novelist Farley Mowat, who wrote a book of the same name about his time living in the Arctic with wolves. The work of Mowat has been credited with helping to dispel the myth that wolves are vicious predators. One of the most prominent critics in the New York Times has given the picture high marks for its stunning scenery and for the fact that the wolves are never made to resemble anthropomorphic pets. ‘The scenery is often astonishingly gorgeous,’ Vincent Canby said. They have the appearance of wolves, not very dangerous but nevertheless distant and self-contained.”

A bear cub and an adult grizzly bear were the stars of this cult film, which revolved around their journey through the Canadian wilderness while evading a couple of hunters and other dangers.

An amazing job of portraying bears in their natural habitat is done by the film, according to Roger Ebert (despite the use ofseveral animatronic bearsin filming). Indeed, the film’s sparse use of language and sumptuous visuals gives the impression that it is more of a documentary at moments. After being born in a zoo, “Bart the Bear,” who played the adult grizzly bear, rose to prominence and toured the world as an animal actor. Before he died in 2000, he appeared in a number of high-profile films and a bear conservation organisation was established in his memory by the couple who raised him. However, this Kevin Costner-directed film won numerous Oscars despite criticism for its self-indulgence and superficial portrayal of mid-19th century Sioux life. To survive in the wilds of South Dakota, Costner’s character “befriended” a wolf (thus the movie’s title). It focuses on conservation issues from the early 1900s and laments the overhunting of bison by European settlers in the Great Plains.

Adapted from Jack London’s novel about the exploits of an Alaskan wolf-dog hybrid, this loose film adaptation received a mixed reception from critics.

“Magnificently photographed on location,” as Roger Ebert put it, the picture “[holds] the natural world in amazement and awe,” which is appropriate given the original’s florid nature language.

It’s not a “outdoors” film, are you sure about that? You might not have noticed, but the forest moon of Endor serves as the setting for the third and final film in the original Star Wars trilogy. To bring down the terrible Empire, the Ewoks mount an assault on Imperial soldiers that disables the Death Star shield generator. In the end, a gentle band of woodland creatures defeats the mechanized armies of evil, and we’re treated to a plethora of lush landscapes as a result. 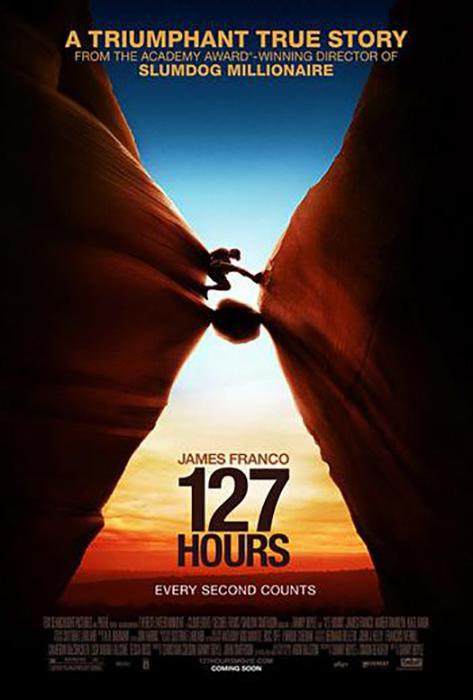 It has acted as a warning story for careless outdoor enthusiasts despite the harsh criticism it has received for its creative depiction of the real-life events that befell Aron Ralston in an isolated slot canyon. Despite this, the film and the book it was based on have increased interest in hiking in Utah’s Blue John Canyon. There’s an interesting footnote: Ralston, who was famously forced to amputate his own arm in order to escape the situation, kept rock-climbing with his prosthetic hand.

Sidney Pollack’s 19th century man living in the Rocky Mountains was a role for which Robert Redford was nominated for an Oscar, although he was already an environmentalist at heart. It was noted by Time Out magazine that the film was shot entirely in Utah because of the “fantastically stunning, barren snowscapes.” It was one of the most highly regarded counterculture westerns of the 1970s, influenced by conservation themes and critical of traditional views of the expansion of the American West. It also had one of the finest beards in film history.

When Dan Aykroyd and John Candy portrayed odd-couple in-laws on a weekend excursion to the Sierra National Forest in California, their families clashed (here portraying backwoods Wisconsin). When the bear—played by Bart the Bear—returned to confront the hunter who had shot it bald years earlier, the encounter was one of the film’s best moments. Despite the negative reception it garnered from reviewers, this is one of the few examples of a slapstick comedy with a specifically outside setting. It was Emile Hirsch who played Christopher McCandless in Sean Penn’s film about a recent college graduate seeking a more austere existence in the wilderness outside Alaska’s Denali National Park and Preserve. This adaptation of Jon Krakauer’s best-selling nonfiction book was shot across the country in a variety of national parks and other well-known locations, and it ended on a poignant note as McCandless died from exposure to the elements — or was accidentally poisoned — in the sublime isolation of nature.

The Edge, starring Alec Baldwin and Anthony Hopkins as a photographer and his billionaire boss in a survivalist battle of wits in Alaska, was another Bart the Bear film. As Roger Ebert commented, it was “like a wilderness adventure movie scripted by David Mamet” because of its use of breathtaking British Columbia scenery (which, indeed, it was). As unimportant as the Alaskan (in this instance faux-Alaskan) frontier may appear, it is the perfect counterpart to the human heroes’ brutality in the film’s central hard-boiled action.

Critics called the film a “silly melodrama,” but it did win an Oscar for its stunning photography in the early 20th century in Montana. “There’s some really lovely terrain on exhibit,” noted legendary cinema criticJanet Maslin, creating a “picture-postcard vision of the American West.” “The French and Indian War” by James Fenimore Cooper was a huge inspiration for many outdoor enthusiasts, and this period epic was no exception (including future president Theodore Roosevelt, who devoured it and other adventure stories as a child). To prepare for his role as Nathaniel Poe (“Natty Bumppo” in the novel, or Hawkeye), a white man adopted by the Mahican (“Mohican”) tribe in the northeastern United States, renowned method actor Daniel Day Lewis lived in the woods for months. Much of the film was shot in the North Carolina woods because director Michael Mann felt that their comparatively pristine appearance complemented the 18th century Adirondacks he was aiming to depict. It appears to have been a success. “Even the amazing scenery appears designed,” gushed a Washington Post reviewer in praise of Mann’s work.