It has been common practice since the introduction of motion pictures to depict the lives of notable historical characters. Julius Caesar, for example, has been portrayed numerous times on film.

The popularity of Shakespeare’s namesake drama may be as big a factor on Caesar’s portrayal in film and television as the ancient Roman ruler’s historical significance. Whatever the case may be, popular culture has ensured that his name will live on.

Julius Caesar has been featured in a number of films and television shows over the last seven decades. This British film, directed by Gabriel Pascal and starring Vivien Leigh and Claude Rains in the lead characters, is based on a 1901 play by George Bernard Shaw, who also wrote the screenplay. It was shot in beautiful Technicolor.

Vivien Leigh had a miscarriage after stumbling on the studio floor while making the movie, which was plagued by tragedy and near-tragedy.

However, Caesar and Cleopatra was seen as a box office disaster in the United States even if it was nominated for an Academy Award for Best Art Direction.

David Bradley’s elegant, low-budget US production of Shakespeare’s play with sound included a teenage Charlton Heston as Mark Antony and was directed by Bradley. A star-studded cast, including Marlon Brando, John Gielgud, and James Mason, was directed by Joseph L. Mankiewicz in a Shakespearean adaption. Critics and prizes alike hailed it a success, and it was nominated for a number of honors.

This historical epic, directed by Stanley Kubrick and produced by Kirk Douglas’ production business, won numerous honors and was a commercial success. It’s remarkable for its star-studded cast and for helping to put an end to Hollywood’s blacklist with its release. A new direction for Mankiewicz, this one based on historical fiction. When Cleopatra was released, it was the most expensive picture to date. Rex Harrison plays Caesar and Richard Burton plays Antony in the film starring Elizabeth Taylor. The movie was nominated for four Academy Awards.

Charlton Heston reprised his role as Antony in this first color production of Shakespeare’s play, which was directed by Stuart Burge. John Gielgud as Caesar and Jason Robards as Brutus completed the cast.

The film was a critical and financial failure. 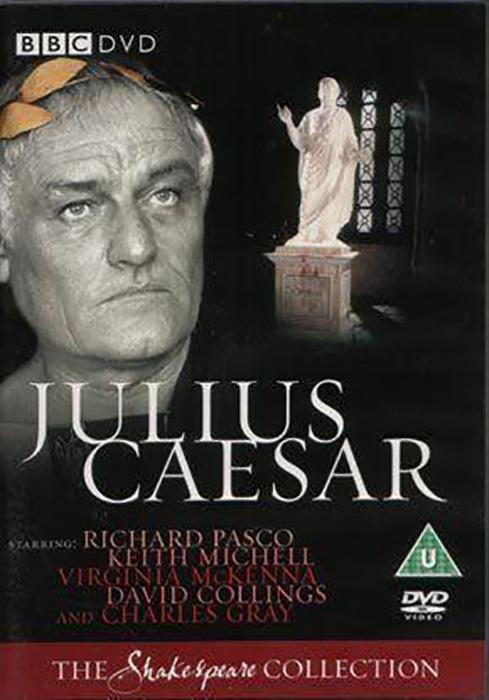 If you prefer BBC-produced Shakespeare to Hollywood adaptations, director Herbert Wise, well known for his work on I, Claudius, helmed this episode of the BBC’s Shakespeare series.

Jeremy Sisto, Richard Harris, Christopher Walken, and Chris Noth feature in this historical drama directed by Uli Edel for the TNT network in the United States. On location in Rome and southern Italy, ABC filmed this miniseries, however it is not believed to be very historically accurate.

This combined production of the BBC, HBO, and Italy’s Rai Fiction was a true historical drama of epic proportions, with no expense spared, including accurate recreation of Ancient Rome in the Italian countryside. It’s gotten excellent marks for being historically accurate, having good production values, and having both roughness and glitz at the same time.

Numerous accolades and nominations were bestowed upon Rome, which included a slew of Emmys.