Cinema may be the most accessible (and pleasant!) way to learn about a country’s cultural heritage. Filmmakers from all across the world have contributed their own perspectives on Spanish culture over the years. These eight films offer a fascinating look at Spain’s rich history and its many distinct regional cultures. Take a seat, unwind, and learn about Spanish culture from the convenience of your own living room. There’s a reason it’s called Spanish Affair—because that’s exactly what it is: a comedy set in Spain. Amaia, a Basque girl, falls for Rafael, a Sevillian protagonist, who seeks to gain her affections. Because the people of these two locations are widely seen to be diametrically opposed, there is a cultural conflict. The majority of the movie takes place in the northern Spanish area of the Basque Country. Ocho Apellidos Catalanes, a sequel to the popular and colorful film, follows the same plot.

It begins with a tale about a princess from another realm. Ofelia, the protagonist of the film, encounters the faun Pan when she enters an ancient maze. This tale’s famous princess, he tells her, has three crucial obligations for her. In order to be immortal, she must complete these duties before the next full moon. When this dark fantasy film is set, it’s in the early years of Franco’s dictatorship in Spain, which was just beginning. Known as Pan’s Labyrinth, this gripping tale combines the horrors of the real world with the fantastical. Modern-day Spanish culture has been profoundly influenced by the events of the Spanish Civil War and its aftermath. You can see how the impending Spanish Civil War affected the lives of these two charming characters, a young boy and an elderly man. It is a typical coming-of-age story for Moncho, the protagonist. It’s not just his everyday routine that is disrupted by the war. As it turns out, the bleak socio-historical tale can be eased by the perspective of a youngster. Despite the fact that it isn’t overly serious, it provides insight into the difficult time that Spain was going through.

Juana la Loca, the wild queen, was the nickname given to Queen Juana I of Castilla. The hapless princess was head over heels in love with her sex-obsessed monarch. This film is based on a genuine story, but it should not be taken as factual history by anyone who happens to watch it. It’s a fascinating glimpse into the Middle Ages’ Spanish royal culture. Lying and deceit are prevalent in this story of an unrequited love that is also political in nature. It’s also known as Mad Love in the English-speaking world. Bringing together two of Spain’s most beloved pastimes: football and family, this film is a celebration of both. Family United, a hilarious Spanish comedy set during the 2010 World Cup final, is a treat to watch. At the family estate in the foothills near Madrid, five brothers are reunited for a wedding. La Gran Familia Espaola’s watchability is greatly enhanced by the show’s engagingly multifaceted characters. Daniel Sanchez Arevalo, a Spanish director, has created a hilarious take on a wedding film.

Even though this is a Spanish-made film, it was written and produced in English. Napoleon and the Inquisition feature prominently in this film. Court Painter Francisco Goya was one of the most famous painters of all time. The king and queen of Spain were immortalized in his paintings. It is said that some of Goya’s artwork are bad by the Inquisition. Because of his brother’s efforts to defend him, he is assigned the task of ramping up the Inquisition. However, despite the fact that this film is based on a novel, its location in the late 1700s is accurate.

Fernán González of Castile, the first Count of Castile, is the subject of this Spanish-made adventure-drama. It is a typical heroic tale from this era, with the warrior uniting his people against their enemies and capturing the princess’s affection. A key character in the 10th-century Spanish Reconquista, the Countess of Castile played an essential role. As a result of Don Sancho’s tyrannical rule, he was exiled. Fernán González of Castile, assisted by the king’s daughter, assembles an army to battle the invading Moors. The Castilian, a dubbed version of the film, is also available in Spanish. 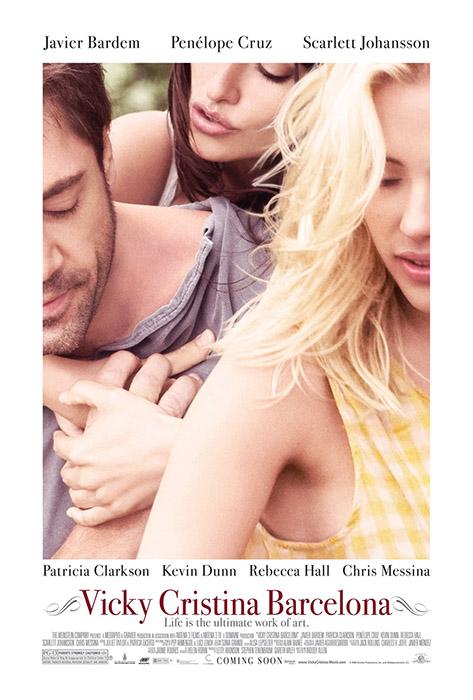 Known director Woody Allen was captivated by Spain’s allure, especially the cities of Barcelona and Oviedo. No doubt, he’d utilize it as the backdrop for one of his favorite films. Vicky and Cristina go to Barcelona with two other friends. Clearly, Vicky has a certain goal in mind when she arrives. A graduate degree in Catalan culture is on the horizon for her. There is a distinct difference between her and her friend, who is a lot more prone to daydreaming. Woody Allen’s interpretation of Spanish culture adds another dimension to the film’s visual tour of the monuments and landscapes.

A man named Salvador Puig Antich was the last person to be executed using a garrote, a lethal weapon employed under the Franco regime. During this time, a Spanish revolutionary named Salvador takes up arms against oppression. It’s a difficult, distressing, and emotionally charged topic.” After receiving harsh criticism, the director has made an effort to shed light on a contentious issue in the film. Critics claim that the film fails to explain Salvador’s genuine war, nor the reasons why he fought or the ideals he held. The book on which this film is based, Compte Enrere: La Histria De Salvador Puig Antich, by Francesc Escribano, can provide a more comprehensive understanding of this period in history. David Carr, the protagonist, is a member of the Communist Party of Great Britain who is unemployed and on benefits. Carr enlists in the anti-fascist international brigades and heads to Spain in 1936 to fight in the Spanish Civil War. Instead, he joins a Marxist splinter group, the POUM. After Carr’s death, his granddaughter discovers old records from the time period of his life during the Spanish Civil War, and the story proceeds in flashback. Throughout the film, dialogue is delivered in a mix of Spanish, Catalan, and English. Explore Ken Loach’s vision of the Spanish Civil War period.