You think you’ve seen everything there is to know about dark anime? You were wrong, as you shall see in the following paragraphs. So, in honor of this, we’ve put together a list of the top 36 darkest anime series currently available to stream or download.

Yeah! Whether it’s an old favorite or a more recent release, you can be sure that we’ve chosen only the best for you to enjoy on our site.

So make sure you’re prepared for some of the worst tales of life and death, mind-boggling, deep stories, bloody and sexy scenes to be found.

It will get darker as you watch adult dark storylines with plenty of exhilarating speeches in every single anime in this recommended list, so please don’t turn off the lights. 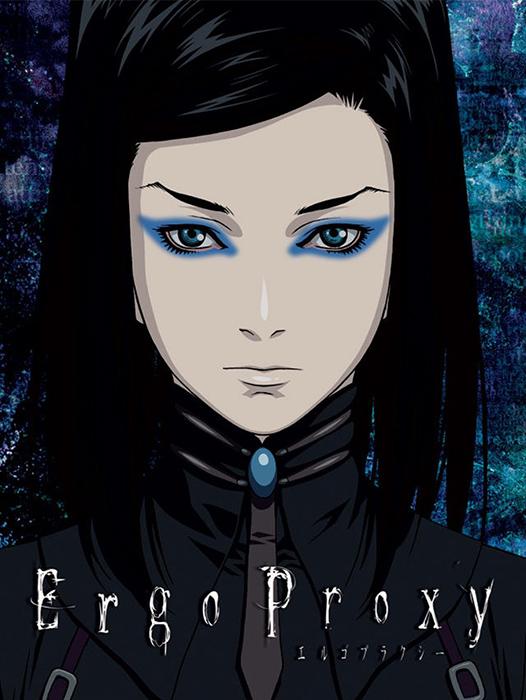 While Ergo Proxy is one of the greatest sci-fi and psychological dramas ever produced, the fact that so few people are aware of it makes me sad.

After the explosion of the methane hydrate layer, the remaining humans are forced to live in secluded domed cities, which is where the plot of this Mystery Dark Anime begins.

AutoReivs, autonomous robots that aid them in their daily lives, are a part of a tightly controlled society.

AutoReivs that have gone insane after contracting the Cogito virus are the focus of an inquiry in Romdo by Inspector Re-l Mayer.

As a result, she encounters a creature known as Proxy.

Immigrant Vincent Law is on the run in the city after being falsely accused of participating in a number of Cogito crimes.

Together, they went out for Moscow, the capital of the Soviet Union, in search of answers about the Proxies.

The premise of Kino’s Journey revolves around a 15-year-old girl and her faithful sentient motorcycle as she travels from one country to the next.

In Kino’s Journey, the protagonist is not driven by heroism or justice. Kino spends only three days in each place, preferring to observe rather than get involved in the political or cultural milieu. Self-discovery and self-reflection play a large role in Kino’s experience, despite the fact that she’s no pushover.

Kino’s Journey addresses a wide range of political and social issues, but it never comes across as preachy despite addressing so many diverse ideas. Life and death, as well as the darker side of humanity, are explored in this supernatural anime. What does it really mean to be human, asks this show’s protagonists?

Ajin, a unique African species, was first discovered in the wild seventeen years ago. A variety of supernatural powers have been attributed to these immortal beings, who appear to be human.

Are these Ajin just natural occurrences or were they brought to Earth with the express aim of destroying it?

There have been numerous reports of Ajin sightings since their first discovery. However, for the majority of people, these monsters are more of a figment of their imaginations than anything else.

This was the case for Kei, the series’ youthful protagonist. Until one fateful day when a series of unexpected circumstances altered his course completely.

Terra Formars is a horror bloody anime set on Mars, with six crew members preparing for their expedition. The animation and story are both gloomy, thus the entire darkness is well-built.

Rather than roaches, they find enormous mutant humanoid cockroaches with unmatched power. While they are quickly wiped out, they transmit back a communication to Earth.

Humanity will now dispatch its most elite warriors to wipe out the mutant bugs and reclaim Mars for themselves.

5. Nura: Rise of the Yokai Clan (Nurarihyon no Mago) Nurarihyon no Mago, a dark action Japanese anime that centers on an ordinary middle school student named Rikuo Nura, is another excellent but underappreciated watch.

But no one knows that he returns every day to a house full of youkai and that at night he transforms into their all-powerful leader. However, much to the dismay of many, Rikuo is adamant about leading a normal life.

It would be like a list of Avengers movies without including Iron-Man if it didn’t include Steins;Gate.

As Rintaro Okabe and his colleagues discover time travel by accident using a microwave, they are suddenly able to send messages back in time, affecting the course of history.

This new information raises some troubling issues, and Rintaro will need every ounce of his wit to solve them. This gloomy anime is one of a kind since each episode revolves around a character going through a difficult time before they turn to the legendary female everyone is raving about.

Only those with a deep-seated hatred can visit a strange website that allows them to enter anyone’s name and have that person be escorted to hell.

Thus, Ai Enma, the Hell Girl, will not assess whether or not the chosen target is deserving of punishment; she will just carry out your wrath.

The only thing we know about this young lady is that she gets her work done quickly and efficiently using three straw dolls.

However, there is one catch: in exchange for fulfilling this request, the user must damn themselves to an eternity in hell.

Take a look at our list of the 37 most adorable anime girls:

The gloomy gaming animation Death Parade is one of my favorites! Yes, this anime series from Japan will teach you about the genuine essence of human beings.

The storyline has been established. After death, they arrive at the Quindecim, a pub where the white-haired Decim is always present.

People either go to heaven or hell after they die, but for some, they have to play a game with a bartender who will decide their fate later!

What we really are is revealed in these games. Whether you’re a nice person or a horrible person is up to you!

Decim begins to doubt his own decisions after meeting a strange black-haired female at the death parade.

9. Angels of Death (Satsuriku no Tenshi)

Rachel’s life will take a dark turn when she wakes up in the basement of an abandoned building with no recollection of who she is or where she is! She merely wanders aimlessly around the building, her head spinning from the dizziness.

During her investigation, she comes upon a man who appears to be injured and is wrapped up in bandages. Zack is his name, and he holds a sickle resembling a grim reaper’s.

They form an odd friendship, which is only deepened by the strangest, craziest promises… When these two are confined, they don’t know why they’ve ended up where they have. However, they will band together and do everything they can to discover a way out…

In Satsuriku no Tenshi, the protagonists are both sociopaths: Zack (the sociopath) and Rachel (the real psychopath), and the show deals with a dark story of survival.

10. Terror in Resonance (Zankyou No Terror)

Dark animated television will punch you right in the feelings with this anime series where the villains are the main characters.

Set in an alternate version of the present, the Zankyou no Terror narrative revolves around an attack on Tokyo by terrorists.

Only a bizarre video posted online gives any indication as to who is responsible.

Paranoia is sweeping throughout society, and the authorities are completely stumped by this cryptic hint.

Unknown children—children who shouldn’t even exist—carry out their horrible plan while the world looks for a criminal mastermind to blame for the tragedy.

An entity known as “Sphinx” has been cursed with the names Nine and Twelve, and is on a mission to awaken humanity from its slumber—and end this world. This is a dark fantasy story about witches who have supernatural abilities such as ESP, telekinesis, and mind control. To fill in for a recently deceased STN-J witch hunter, Robin has traveled from Italy to Japan, where she is a craft user.

If you’re looking for a way to learn why and how the witches become what they are, STN-J is the place to go.