If you’ve ever wondered what would happen if a loved one went missing, these movies are for you.

One of the most horrifying things that may happen to a person is the disappearance of a close family member or friend. Despite its horror, this predicament has inspired some of cinema’s most gripping and heartbreaking productions to date. Movies depict folks on the verge of insanity as they strive to locate a lost child or lover, which is incredibly disturbing for anyone.

Despite the fact that this plot device appears in a plethora of films, each one tells the story in its own unique way, with a variety of points of view and a surprising number of turns. There are a few exceptions to this, but audiences can’t get enough of watching the main character’s journey as he or she tries to find the missing person. Changeling is based on the true story of Christine Collins (Angelina Jolie), a woman who suffers the tragic loss of her only child. However, her hopes are granted when he returns to her, but the problem is that he isn’t her son. Even if the police think Christine insane, she has no choice but to take matters into her own hands.

While the film’s core is abduction, a significant focus is on Collins, who alleges she was handed the wrong son at an age where men did not listen to women but instead disempowered them. Directed by Clint Eastwood, Changeling is a very different missing people thriller. Jolie was nominated for a Best Actress Oscar for her performance.

Kurt Russell plays Jeff, a man who loses his wife after their car breaks down in the middle of nowhere on a cross-country road trip. Director Jonathan Mostow directs this gripping thriller. Her disappearance sets off an all-out manhunt in a community full of people who might have something to do with it.

Breakdown’s nightmarish scenario had spectators on the edge of their seats. Breakdown provides a terrible scenario that no cross-country traveler ever wants to find oneself in. Both critics and viewers found Breakdown to be incredibly suspenseful, to the point where it would scare them away from flying altogether in the future. Winter’s Bone, a film adaptation of the novel, featuring a star-making performance by Jennifer Lawrence that catapulted her to stardom. Lawrence portrays Ree, a teen who manages her family’s household but is on the verge of losing it and her father has gone missing in the Ozarks. In order to save the house, she sets out on a harrowing journey through the Missouri winter to find him. She has to deal with shady characters as she goes about her search for the missing man’s whereabouts.

Jennifer Lawrence’s performance is so memorable that she is nominated for an Oscar. With her earlier work on the indie classic Down To The Bone, director Debra Granik delivers another shocking, unglamorous and horrifying film that takes audiences into a world they’ve never experienced before.

Flightplan, the story of a mother’s hunt for her missing daughter, has a dominating performance from Jodie Foster. A jet in mid-flight serves as the scenario for this story, which is partially based on an old urban legend. Foster’s character is forced to question her own sanity after the crew insists she never brought a child aboard.

Flightplan follows in the footsteps of films like Gaslight by showing the strength of a mother’s character in the face of skepticism. Her daughter’s absence occurred in an unusual location, but the audience is rooting for her to find her no matter what. 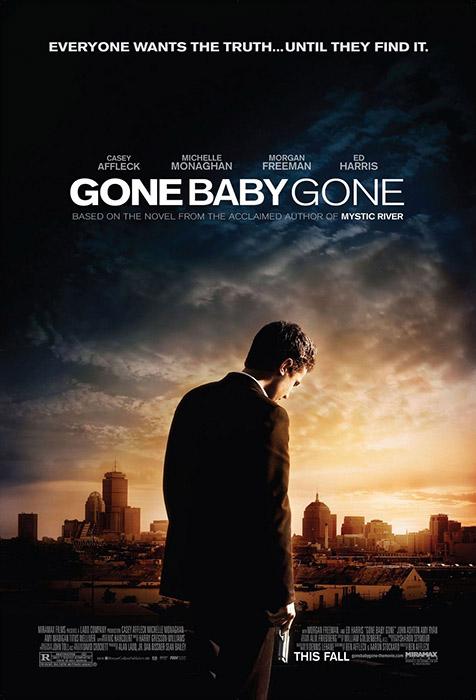 It depicts a Boston private detective (Casey Affleck) who is tasked with locating a young child and bringing her back to her single mother in his directorial debut (Amy Ryan). As a result of the investigation, he is forced to look into the murky characters in his own neighborhood, as well as his own colleagues in law enforcement.

Gone Baby Gone, based on the novel, is a gripping mystery with twists, turns, and surprises all skillfully handled by Affleck. The picture was appreciated by critics and spectators alike, and Affleck was lauded as a director. Amy Ryan was nominated for an Academy Award for Best Supporting Actress for her work in this film.

An American doctor (Harrison Ford) and his wife are in Paris for a conference when the doctor’s wife is kidnapped. Now the worried husband has to traverse a new city and new language while dealing with the criminal underground in order to find his missing wife.

Frantic, a thriller directed by Roman Polanksi, takes viewers on a journey through an unusual mystery. Polanski’s greatest film, The Pianist, features one of Ford’s best performances, and Ford is at his peak. While searching for his missing daughter, a father (John Cho) uses her computer screen to track down his daughter’s whereabouts. Finding’s tale is recounted through websites, data, and video conversations on the missing girl’s computer, which appears to be the next step in the evolution of found footage films.

In spite of initial reservations about the film’s potentially gimmicky premise, Searching premiered to rave reviews at the Sundance Film Festival. In addition to the technique utilised, it was acclaimed by critics and spectators for its excellent, interesting, and suspenseful storyline.

Jack Lemmon and Sissy Spacek star in the film Missing, which is based on the true event of an American-backed revolution in Chile that led to the kidnapping of a father’s son and his wife.

Finding their loved one requires them to enter a dangerous foreign world full of deceptions and political machinations that they have never experienced before. This suspenseful thriller, which stars Jack Lemmon and Sissy Spacek, doesn’t hold back in its criticism of the United States government. Nominated for four Academy Award nominations, including Best Picture, the film also won for Best Adapted Script. It’s a parent’s worst nightmare when their daughter and her friend go missing in Hugh Jackman’sPrisoners, in which Keller is played by Jackman. As soon as they free their only suspect, Keller takes matters into his own hands and employs a variety of frightening ways to discover the children.

Prisoners, a thrilling thriller directed by Denis Villeneuve, stars Jake Gyllenhaal and Viola Davis in a stellar cast. Prisoners is a dark, nasty, and dismal journey inside the mind of a man willing to test his conscience in order to preserve his child. It lacks any sequences with sunlight.

The Lady Vanishes is widely regarded as the definitive film about a missing person, following passengers on a train as they try to track down a woman who, according to some, never existed. Alfred Hitchcock, a maestro of suspense and thrills, crafted the picture and it remains one of his best.

As a result of the enormous success of Lady Vanishes, Hollywood began contacting Alfred Hitchcock, who began shooting his subsequent films in the United States. The movie moves like an express train, never letting up on the intensity until the very end, much like the environment.