Law of Attraction and Manifestation Movies: 10 of the Best (Movie List)

The best law of attraction movies are here.

When you’re ready to give up, watch one of these motivational films or documentaries about the law of attraction.

No matter what you want in life, the law of attraction may help you attain it. It might be discouraging and depressing to use the Law of Attraction every day and see no results. You may be tempted to stop manifesting in this case.

One way to be inspired and motivated to keep working toward your goal is to watch movies about the law of attraction and manifestation. Your knowledge will be expanded, as well as your understanding of what works and what doesn’t.

We’ve done extensive research and analyzed viewer reviews to compile a list of the finest law of attraction movies and documentaries so you don’t have to waste your time hunting them down on your own.

Visit this page to see trailers and reviews for movies and documentaries about the law of attraction. With his Chicken Soup for the Soul books, Jack is able to inspire millions of people around the world with his philosophy on life. His motivation for writing and sharing his inspirational message is revealed in this passage.

To read Jack Canefield’s remarkable tale inspires you to take action and never give up on your objective. This film chronicles his rise from humble beginnings as a classroom teacher to the status of New York Times bestselling author with seven novels to his credit.

The life of Jack Canefield is brought to life in this light-hearted and entertaining film. It will inspire you to pursue your goals and live a meaningful and purposeful life.

Rhonda Byrne’s The Secret brought the Law of Attraction back into the mainstream. It’s a documentary that features interviews with psychologists, quantum physicists, metaphysicians, and other thought leaders.

If you believe in your outcome and keep thinking about it over and over again, it will come to fruition. In addition, a person must keep a positive mental outlook.

Millions of people, including celebrities like Oprah Winfrey, Ellen DeGeneres, and Larry King, took notice. However, because of this, it was met with a significant deal of opposition and debate.

However, it never fails to give you a new perspective on yourself and the world around you. After hitting rock bottom and believing that things can’t get worse, it’s a source of optimism and hope.

If you watch it again and again, you’ll discover new ways to enrich your life. If you’re willing to set your skepticism aside and be receptive to it, it can be life-changing. A fictitious character, Amanda, is depicted as having existential and emotional difficulties in her daily life.

Quantum physicists and human biologists are among the experts interviewed for this documentary, and they offer their insights into Amanda’s personal circumstances.

Quantum mechanics and spirituality go hand in hand in this theory. According to this theory, everything in the external universe may be controlled by the power we provide to our thoughts and beliefs.

It features computer-animated graphics that are both amusing and instructive at the same time, making it both enjoyable and educational to watch.

This film should be at the top of your list of movies about the law of attraction and manifestation if you’re ready to accept that there is more to life.

Healthcare costs in the United States alone amounted to $3.81 trillion in 2019, or 19.7 percent of GDP, and they’ve been steadily rising since 2010. More than ever, medical care is both expensive and vital. Then again, is it the only option?No, your body contains a healing force that can cure disease in a magical way if you know how to tap into it. Heal, a film that teaches you how to use your natural healing abilities in a practical way.

People featured in this documentary had been diagnosed with a deadly sickness and used their brains to heal themselves. They inspire and motivate you to take the first step toward a healthier and happier life by sharing their personal experiences of achievement.

What your body can accomplish to cure itself naturally and miraculously will astound you after seeing it. Psychologist Dr. John Spencer Ellis has written a book to help people reach their full potential and succeed in life. The Traveler, a fictional character, is the subject of this film, which is based on his teachings.

As you can see, our genetics and biology play a role in only 20% of our life, and the remaining 80% is entirely up to our will, belief, and thinking. It not only provides inspiration, but it also equips you with the knowledge and skills you need to live an extraordinary and fruitful life.

High-level information can be transformative if you grasp and apply it in your life.

An adaptation of Louise L. Hay’s New York Times bestseller, You Can Heal Your Life, was made into a feature film in 2012. As a result, you gain a better understanding of Louise’s character as well as the difficulties she overcame and how she applied the healing power of positive affirmation in her early year’s life.

A number of teachers who all share their wisdom on how to live life to the fullest are included in this film.

As you watch, you’ll be engrossed by the moving stories told by those who were interviewed and inspired by the convictions they expressed. Aside from the entertainment value, it’s not only a classroom exercise. It teaches practical skills that can be put to good use in order to have the greatest possible impact. The film is based on Rhonda Byrne’s best-selling book, The Secret, about the power of positive thinking and manifesting your desires.

It emphasizes the importance of having a positive attitude and being upbeat. Focusing on what you want instead of what you don’t wants is taught in this method.

It’s a fun movie for the whole family to watch on a rainy day because of the positive message it conveys.

It’s a movie about the spiritual journey from self-centeredness and ambition to finding significance and service. At a moment when he knew he was going to die, Dr. Dyer gave us the gift of his wisdom in the shape of a movie.

It’s chock-full of wisdom and concepts that will help you discover your life’s real meaning and purpose. You must change your mindset in order to experience true happiness and joy. If you want to make your aspirations come true, you must think positively about the process.

You’ll be able to put everything you’ve learned into practice right away. It has the potential to have a profound effect on your spirit on an unconscious level. 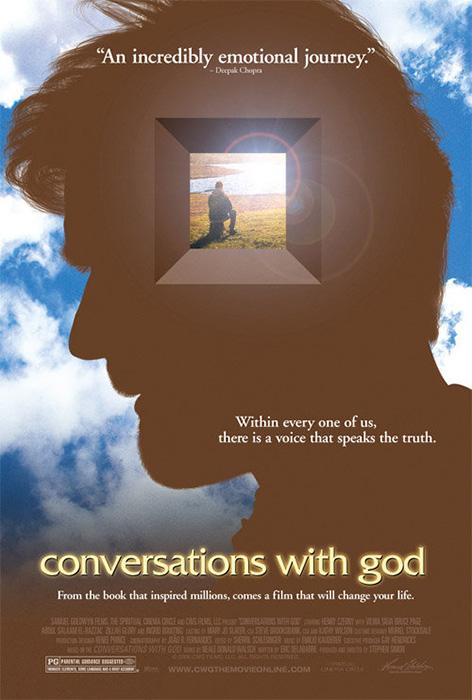 In this book, the true story of Walsch, a homeless guy who became a well-known spiritual messenger and best-selling author, is depicted.

He was depressed and wrote a letter to God, and God responded. Walsh’s book of the same name contains the answer he received from God.

It’s a wonderful film that reaches deep into your heart and soul. It informs us that if we pause and listen to God, and have faith in Him, everything will be well.

Overall, the film’s message and stunning cinematography make it thought-provoking, uplifting, and engrossing.

Based on the concept that our thoughts affect our bodies, this book proposes a fresh approach to weight loss. It serves as a reminder that your thoughts and feelings have the power to alter your physical structure.

If you’re one of those people who thinks dieting isn’t the best way to lose weight, this film will give you the motivation you need to explore other non-traditional methods of weight loss.

A fad diet or a trip to the gym are just some of the things people do in an attempt to be in shape. After a given amount of time, they lose interest and cease their efforts to maintain a healthy weight. In addition to being time-consuming, this strategy is also less effective than other options.

A healthy lifestyle and weight loss can be achieved by focusing on good thoughts and feelings, as shown in the documentary The Inner Weigh.

Using the power of your ideas, this film shows you how you can lose weight naturally and effectively. It will assist you in breaking the cycle of weight gain that has been a part of your life for a long time. When Jason Masterman lost everything in a financial crisis, he returned home and began a new life with his family. His life is permanently changed by a mystery man who appears at the house while Jason is there for a routine check-up.

His past, his losses, and his life-changing transformation are revealed to Jason by the unknown author. Jason gains confidence in his abilities as a writer after hearing the writer’s story and applying the strategies and knowledge he learned from it.

You will be stimulated and amazed as you embark on this path of awakening and discovery.

The bottom line is that watching movies is a great way to learn new things and broaden your horizons. When you’re feeling low, it gives you a boost of inspiration and motivation. It provides a glimmer of optimism in the face of adversity.

With these law of attraction movies, your life will be transformed in an instant. Watch it to remove doubt and fear and to improve your faith in the universe or God.